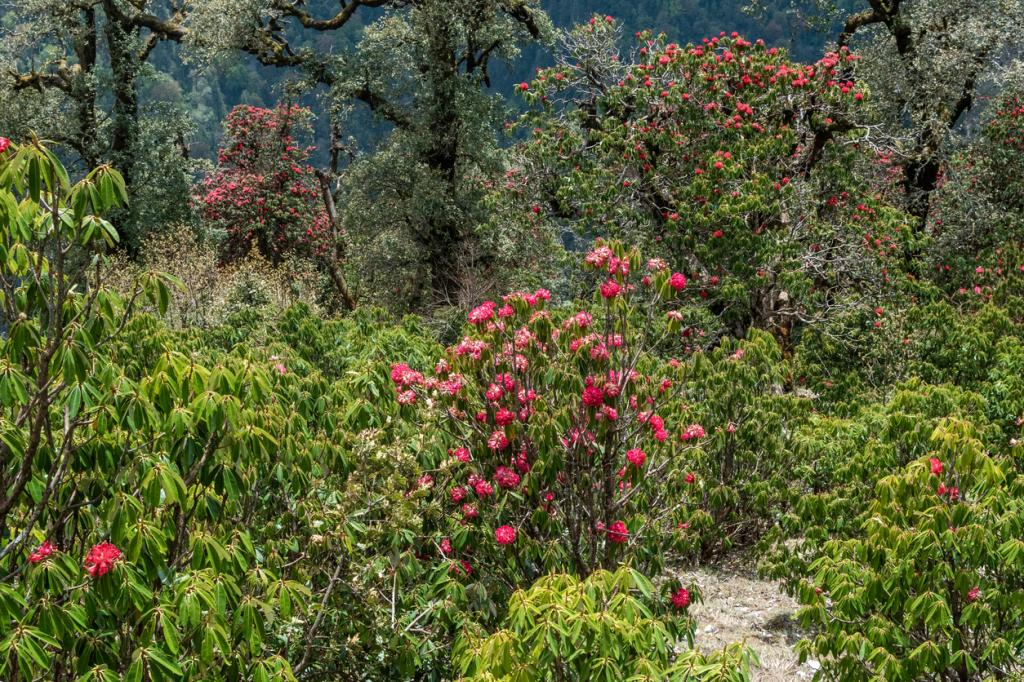 The Union Budget 2022-23 announced by the Finance Minister Nirmala Sitharaman February 1, 2022 was garnished with mentions of energy transition and climate change.

The Prime Minister’s concern about climate change was expressed at the 26th Conference of Parties (CoP26) to the United Nations Framework Convention on Climate Change.

Sitharaman further streamlined ease of doing business, opening the door for environmental, wildlife, Compensatory Afforestation Fund Management and Planning Authority (CAMPA) funds and forest clearances through a single form. She was highlighting the climate priorities the Centre will bring in through the Union Ministry of Environment, Forest and Climate Change (MoEFCC).

The mention of climate concern and the commitments henceforth doesn’t include any mention of securing the rights of the indigenous communities or the customary practices that have contributed towards the protection of the biodiversity and the cultural diversity for generations.

Such customary practices and rights are already recognised time and again by the CoP and the International Convention that India has already ratified later.

Instead, the finance minister’s proposals for single-form clearances for ease of doing business is contrary to her climate concerns and commitments.

The reflection of such opposite nuances is very much evident in the recent proposed amendments to the Biodiversity Act, 2002 proposed by the MoEFCC.

The Biodiversity Act, 2002 was brought with an aim to conserve India’s biological diversity and  ensure sustainable use of biological resources. The Act also ensures the benefits accrued from the use of traditional and genetic resources are shared with the local communities with prior and informed consent-approval of local communities in a fair and equitable manner.

The Act was an outcome of the Convention on Biological Diversity, 1992 that India adopted and ratified. Later, India also notified Access and Benefit Sharing Regulations, 2014 to give effect to the Nagoya protocol, 2010 that India became a party to in the year 2014.

This was done to protect and prevent the biological resources and associated traditional knowledge from commercial or intellectual property use without sharing the benefits with the conservers of biodiversity.

The primary question and concern of the environmentalists and those working with communities post the Biodiversity Act amendment is whether the proposed changes at all comply with the basic safeguards to conserve biodiversity and cultural diversity.

While introducing the proposed amendments under the statement of objects and reasons, minister   Bhupender Yadav put forth the intention of bringing the proposed changes ‘to encourage conducive environment for collaborative research and investments, simplify patent application process and widen the scopes of levying access and benefit sharing with local communities and for further conservation of biological resources’.

There is stark similarity in the language of the finance minister and the minister to MoEFCC (Yadav)  here. The Union Budget mentions climate commitments while opening the door for ease of doing business. The amendments mention biological conservation while proposing to open India’s biodiversity for the floodgates of commercial investments.

To encourage a conducive environment for research and investments, the Minister proposed various changes to the existing Biodiversity law that completely change the fundamental principles of conservation of biodiversity.

We can understand the intention by reflecting upon some of the important facets of the new amendments:

Committees (BMC) at the local level.

The new Bill introduces a ‘member secretary’ post to be appointed by the central government. The powers provided to the member secretary would be equal to the chairperson of the NBA, thus creating two power centres at the top.

The regulation of NBA would be subordinated to the approval of the central government. This reflects a centralised / top-down approach as against the previous decentralised system. This clearly indicates the government’s focus on streamlining commercial access to genetic material and peoples’ knowledge without fair and equitable participation of people.

The principle act provides that the benefits accrued from use of traditional knowledge should benefit the communities and if the conserver is not specifically known, the access and benefit sharing amount can be used for conservation activities.

This amendment is brought to pave the way for the AYUSH industries to be free from following the Act’s protocols and from its benefit-sharing models by claiming that their products are based on codified traditional knowledge.

Also, India has its own share of experiences and struggles on biopiracy cases such as for neem and turmeric. The new changes would put all those efforts in vain by opening floodgates for biopiracy for the sake of commercial investments.

The bill also allows commercial utilisation and intellectual property rights within or outside India with prior approval of NBA. This clearly reveals the intention for commodification, putting the biodiversity heritage and intellectual heritage at stake by removing the rights of indigenous communities, Panchayati Raj and rights of the state.

It would further lead to biopiracy and commercial utilisation of the biological resources that have been conserved and protected by the local communities for generations.

The Bill exempts registered AYUSH practitioners from intimating SBBs before obtaining biological resources. This change is brought to supersede judgements on the matter of fair and equitable benefit sharing with the local communities.

The recent judgement on Divya Pharmacy vs Union of India, 2018 case mandated all foreign and Indian companies, institutions, individuals to seek prior consent and approval for access and benefit sharing with the local community.

The judgement was pronounced in conformity with the international convention and protocol that would be violated by this new provision. It would leave a wide section of majority involving the AYUSH firms registered under the name of the practising AYUSH doctor and also their companies.

The Bill also exempts cultivated medicinal plants. This is another cover for AYUSH manufacturing companies and corporations to seek exemptions from any approval.

Cultivation of medicinal plants in India are symbolic in nature. More than 85 per cent of the raw material comes from the forests. The new change would allow companies to show the biological resources of the forests (owned or leased under them) as cultivated areas and escape from the requirement of prior approval or share of benefits with local communities.

The provision also violates Forest Rights Act, 2006 that recognises and authorises the Gram Sabha for prior permission and approval in case of any access to forests.

The amendment to dilute penal provisions from criminal offence to just monetary penalties reflects upon the approach towards safeguarding biodiversity. Monetary penalty would be nothing for big corporations in the cases of contravention or attempts to contravene.

The dilution clearly exposes the intention of the proposed amendment for the mandate given by MoEFCC on commercial investments.

This is the time of concerning voices across the globe on severe destruction of biodiversity. Recent international conventions and conferences on biodiversity have recognised the indigenous communities as environmental defenders, whose voice is irrepressible and critical.

Brought without any pre-legislative consultation with states, the relevant board / authority / committee or the wider public, the amendments coincide with the climate priorities put forth by the finance minister for a single objective of ease of doing business.

The new amendments are a clear violation of the constitutional provisions of the Right to Environment and the International Convention and the Protocol that India is a party of. The questions on climate concerns or commitments are now left for the local communities and the people’s organisations to consider.