Sherni: A Bollywood film that knows its environmentalism well 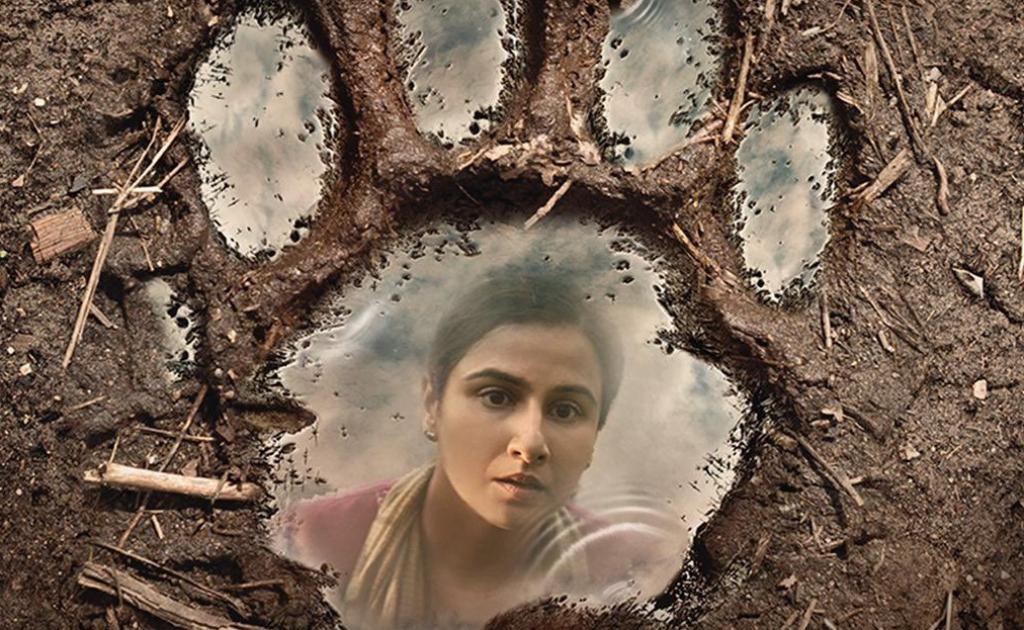 A promotional poster from the movie.

Let me begin with a confession. The last film I watched was Raees that released January 26, 2017. Even before that, my film viewing had declined considerably. I had many complaints from popular cinema, especially Bollywood, which I felt promoted tropes and stereotypes.

Sherni might change that. I am bowled over with the mainstream cinematic portrayal of what is usually considered a ‘niche’ discipline, which I too make a living from: Environmentalism. In a sentence, this film has got its environmentalism basics right.

Sherni has been made by Amit Masurkar, who previously directed Newton and Sulemani Keeda, both of which I did not see but have now come to know, were excellent movies too.

The film has excellent actors such as Vidya Balan, who is brilliant as the restrained but indomitable protagonist Vidya Vincent, veteran Sharat Saxena, Vijay Raaz, Ila Arun and Brijendra Kala, whom I especially want to praise, but later.

Sherni is a metaphor for both a man-eater tigress T12 and Vidya Vincent herself. The storyline closely resembles the events surrounding the ‘hunt’ for Avni or T1, a tigress that reportedly killed and ate 13 people between 2016 and 2018 in the forests of Pandharkwada-Ralegaon in Maharashtra’s Yavatmal district.

She was shot dead by Hyderabad royal and hunter, Nawab Shafat Ali Khan and his son, Asghar reportedly after she charged them as they were preparing to tranquilise her. Khan seems to be the inspiration for Pintu Bhaiyya played by Saxena in the film. He too is a hunter and wants to increase his score of dead tigers and leopards.

Avni had two cubs, one of which, a female, was rescued by beat guard Sidam Pramila Istari (said to be a likely inspiration for Balan’s character). The other, a male, has still not been found.

The killing of Avni led to protests by activists who called it ‘murder’. The case is still on in the Supreme Court. This is the background of events on which Aastha Tiku has built up her screenplay.

The film, for me, stands out for three aspects: Its very nuanced take on environmental matters, in this case, forestry and wildlife in India; its very telling portrayal of women who serve in the forest service and the everyday patriarchy and sexism they put up with; and excellent storytelling.

First, the environmentalism. As someone who grew up watching forestry and wildlife portrayed in films like Shikar starring Dharamendra and Asha Parekh and Jaanwar Aur Insaan starring Shashi Kapoor and Rakhee, Sherni seems to be from a different era altogether.

Each scene is laid out in minute detail. Like for instance, the forest department’s office. A typical government office in a ‘provincial backwater’ setting with its archives being covered with cobwebs and dust. Vidya’s boss, the corrupt, ignorant and clownish Bansal’s desk, covered with a glass. Taxidermied animals and a huge portrait of a tiger behind his chair.

It is a glimpse into the India of old. As Sai, one of Vidya’s peers tells her: “India’s forest department is a gift of the British. We officials should work like them. Bring in revenue and get a promotion.”

But other scenes in the film tell you that even if attitudes have not changed, science has. Villagers in the remote part of Madhya Pradesh where Vidya is posted have mobile phones. Forest guards now use camera traps and other latest electronic equipment. And there is the use of DNA sampling.

The film delves into various issues related to forestry and wildlife: human-wildlife conflict, compensation to people for carnivores killing their livestock, village commons being converted into teak plantations under the guise of afforestation schemes, mining in forest areas, the rights of forest dwellers and the loss of wildlife habitat and corridors.

The next is the role of unsung forest personnel, especially women. Balan’s character is humiliated at every step of the way for her gender. Bansal overrules her in front of other men; she is taunted for being there in a ‘crisis situation’ by PK, a local politician (Satyakam Anand), despite being a ‘lady officer’. She is told by her mother-in-law (Ila Arun) to wear more gold and by her mother to have a child. Through it all, Vidya soldiers on, calm, restrained but combative nevertheless.

The best part is the storytelling. Drawing on acting performances, camerawork (Rakesh Haridas) and background score, the film sets its own pace, starting slowly but then picking up.

The performances are finely etched. Bansal, played by Kala, takes the cake. He can’t tell the difference between a moth and a butterfly. He also recites inaccurate Urdu couplets in office and dances lewdly at office parties. He does a yagna in the office to get ‘good results’ in his goal: getting T12. He also hides in his cobwebbed archive at one point.

There is Vijay Raaz as the learned zoology professor and a man of science. There is Saxena, whose favourite line is: I can look into a tiger’s eyes and tell whether it is a man-eater or not.

I was deeply affected by the ending of the film. It shows that the more India tries to change, the more things remain the same. One only hopes that this film acts as a clarion call to India’s forest administrators to clean up their act. For our future generations, if nothing else.

Meanwhile, I will reconsider my thoughts regarding not watching popular cinema again.