Adivasis in India: Co-existence and stewardship

Much is at stake in how we define co-existence. On the one hand is a largely western legacy of wildlife conservation, while on the other hand, is a more recent set of integrationist prescriptions 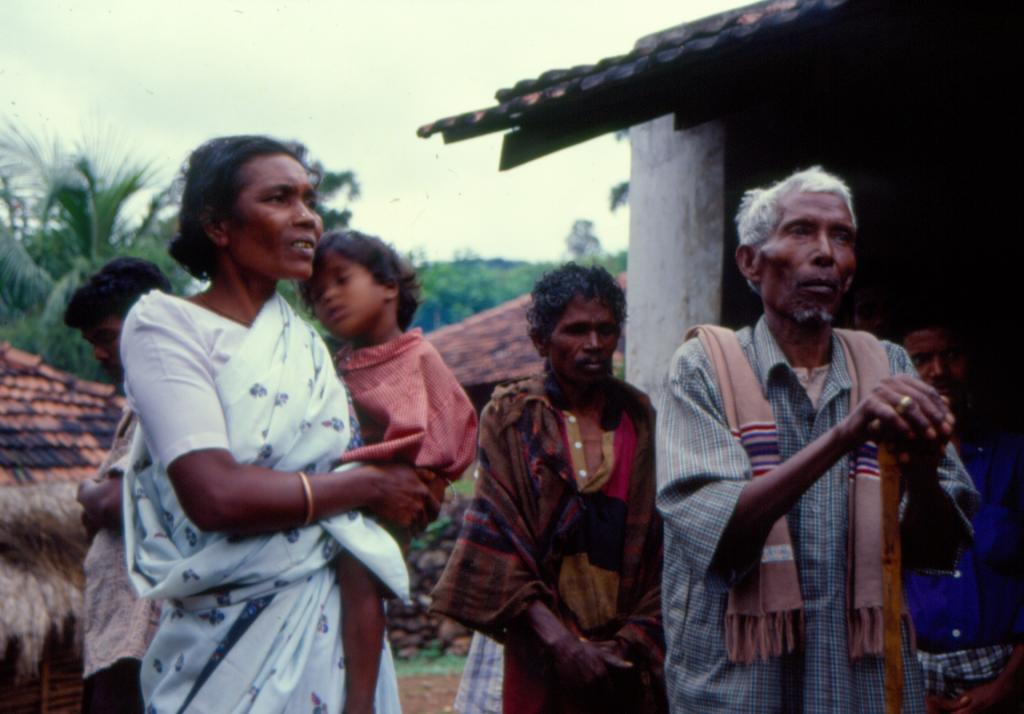 Subsistence livelihoods by Adivasis are not subject to the same kind of cost-benefit calculations made for communities that are part of a consumerist, cash-based economy. Photo: Preeti Singh

The co-existence of humans and wildlife is perhaps the most contentious issue around which discussions about appropriate wildlife management policies swirl today.

Increasingly well-established global research findings now say the co-existence of humans and wildlife in the same spaces is not only desirable, but is our only way forward, given the excesses and exclusions of colonial-era conservation practices and the sheer amount of pressure on land around forests.

How can one understand co-existence? Is the co-existence of species equivalent to their co-occurrence? Or is co-existence a more dynamic concept, with elements of interdependence and even symbiosis? Does co-existence preclude conflict or does it involve it?

Much is at stake in how we define co-existence, as it involves the clash of fundamentally different approaches to conservation and wildlife management.

On the one hand is a largely western legacy of wildlife conservation, dominant through much of the 20th century. It embodies a discourse of preservation, the creation of inviolate zones in which wildlife can flourish, ‘habitat consolidation’ — that involves the creation of specific zones for species and implicitly expels people from their land — and the mitigation or suppression of human-wildlife conflict.

On the other hand, is a more recent set of integrationist prescriptions inspired by both indigenous tradition as well as emerging research that shows wildlife movement was not limited by protected-area boundaries.

Our own observations around the Bandipur Tiger Reserve in Karnataka highlight the importance of asking in whose eyes the interaction between humans and wildlife is seen as a conflict in the first place and whether the conflict is felt by local communities or perceived as such by outsiders.

A conflict can, after all, occur only when there are apparently scarce resources at stake. When communities, particularly Adivasi groups, do not identify either land, crops or forest produce as resources for which they need to compete with animals, then their encounters with animals can hardly be called a conflict.

Who, then, has an interest in defining and presenting encounters between people and wildlife as conflictual and why? It seems to us that anecdotes about human-wildlife conflicts on the peripheries of forests are used, more often than not, to support the need to maintain forests themselves as inviolate spaces.

Arguments against co-existence often assume population densities of over 50 people per square kilometre cannot be supported by forests, but that calls into question the livelihoods considered in those assessments.

Subsistence livelihoods by Adivasis — whose populations have either remained the same or have shrunk in the past three decades — are not subject to the same kind of cost-benefit calculations made for communities that are a part of a consumerist, cash-based economy.

Human-animal coexistence makes much more sense in the case of the former, where growth and extraction are not part of the very logic of the economic system.

In India, forests have never been inviolate spaces, despite conservation policies enshrined after the passage of the Wildlife Protection Act, 1972.

Then, there was arguably a need to create protected spaces for species close to extinction — such as tigers — and for the government to police the borders of parks, engage in reforestation and crack down on poaching.

Wildlife policies, however, need to evolve alongside the environments they are attempting to protect. An emerging body of research in India suggests that — as wildlife populations grow in successfully protected forests and move more into buffer zones — policies centring around co-existence become quite critical.

An ethnographic study conducted under the auspices of the Wildlife Conservation Society and the Norwegian Institute of Nature Research, for instance, revealed the complex interaction between humans and leopards in Hamirpur, Himachal Pradesh. Locals understood their encounters with leopards as inevitable and non-conflictual, even thinking of leopards themselves as thinking beings.

This points towards the potential for community-managed wildlife conservation policies, rather than the hierarchical guard-and-gun approach of fortress conservationists. Fieldwork by foundations such as the Shola Trust in Tamil Nadu also confirmed even when there were human fatalities involved, local communities did not blame animals and dealt with the situation without animosity.

These are only a few examples of a swathe of research on how local communities can lead the management of co-existence-based approaches to conservation.

Technocratic approaches often either place Adivasi groups at the bottom of a bureaucratic pyramid of ‘partnerism’ or conceptualise co-existence in terms that put the protection of species above, rather than on par, with the need for the protection and revitalisation of already vulnerable communities.

Our own work indicates stewardship is the best way to ensure co-existence. There are at least three reasons why a stewardship model is warranted in forest management, not only in India, but around the world.

The first has to do with the wealth of knowledge at stake. Indigenous knowledge informing modern scientific discoveries are abundant in literature. The stories of ‘firehawks’ of the Aborigines in Australia, the intimate understanding the Inupiat have of whales, and wolf species differentiation based on knowledge held by the Heiltsuk First Nation in today’s British Columbia are but a few examples that illustrate the wealth of ecological knowledge held by indigenous people.

Our observations indicate a broad spectrum of knowledge among Jenu Kuruba on preservation and the responsible use of forests, but this knowledge is on the verge of being lost. For two generations now, Jenu Kuruba largely abandoned systematically passing on traditional techniques of forest care because they have experienced multiple phases of displacement since the 1950s, resulting in their eventual expulsion from the forest.

We have, however, found four areas in which elders continue to discourse knowledgeably: The prevention and management of forest fires, the maintenance of low-extraction and non-capitalist subsistence livelihoods around forests, the care of plants and trees and the treatment of animals.

It is vital to find ways of recording these practices and rejuvenating oral traditions and practices that give rise to such knowledge. This, in turn, can only happen if indigenous communities can access forests so these traditions continue to be alive and flourish and adapt, instead of being archaic and dead pieces of information that are narrated to children only as a form of lament.

Another warrant for stewardship is moral. Article 3 of the United Nations Resolution on the Rights of Indigenous People accords them the right to self-determination and Article 8 involves the right to not be subject to forced assimilation or the destruction of their culture.

A stewardship model accommodates and protects these rights. Indigenous communities like the Jenu Kuruba have lived sustainably in forests for thousands of years and were hapless bystanders to the wanton destruction of forests that characterised the colonial era and much of the 20th century.

Instead of enlisting their aid in conservation efforts, ‘fortress conservation’ policies have turned them into conservation refugees. The vast majority of India’s Adivasis now live outside or on the edges of forest lands they historically roamed.

They have been shoehorned — without the means to thrive — into the lowermost reaches of the cash economy. Those who can, now work as daily-wage labourers in farms or plantations, perform casual work with the forest department in firefighting and anti-poaching efforts or do menial work in the wildlife tourist industry.

Finally, adopting a stewardship model will invigorate the notion of stewardship itself. As part of an Anglo-Saxon tradition, stewardship historically carries connotations of patronage and pastoral care.

It is built on a problematic colonial hierarchy between humans and nature. In sharp distinction, indigenous cosmologies have moved and inspired conservationists, critics and activists worldwide with clear articulations of an integrated view of the world, where humans are seen as one small part of a much larger cosmic order.

Adivasi people we spoke to expressed a sophisticated, empathic and holistic understanding of the place of humans in the world, which we could all do well to learn from.

Instead of a notion of stewardship based on ‘caring for’ the environment, the idea of care is considered reciprocal and familial. As one person said: “We save the forest and the forest saves us.”

In this way, people are not considered separate from the environment. Instead, they are seen as a node in a larger, sentient living network that includes both animals and plants. Some people said they even learned about culture from the forest, rather than people.

Forests are, thus, not fragile objects that need to be protected through patronage. They are, instead, life itself. Caring for them is not considered strategically or programmatically, but intuitively and holistically, but helps us move beyond the entire idea of a forest being a set of potentially rich resources ripe for extraction.