Fake medicine from the sea

That terrestrial species like the rhino and tiger are targeted for use in Traditional Chinese Medicine is well known. What is not is that this hocus-pocus system also claims millions of animal lives in our oceans every year 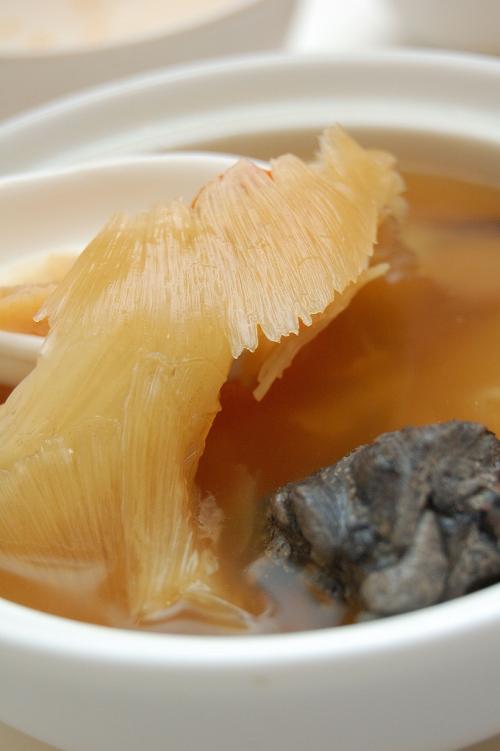 The demand for tiger penis and powdered rhino horn for use in Traditional Chinese Medicine (TCM) soups is well-documented. It accounts for a significant impact on India’s wildlife. More obscure is the devastation wreaked on the ocean by the TCM trade. There is strong demand for certain marine species in the Chinese diaspora—mainland China, Hong Kong, Singapore, Taiwan, and parts of Asia where the ethnic Chinese presence is strong, such as Vietnam. The marine species are consumed in a variety of strange TCM brews, ranging from medicinal soups to tonic wines.

Can you get medicinal and health benefits from the sea? Yes, and that is one of the most compelling arguments for preserving marine ecosystems. It is thought that 95 per cent of the ocean realm remains unexplored. With so much unknown, the chances of finding new medicines are exponentially higher in marine environments than on land. For instance, an extract of venom derived from a marine snail called Conus magus is being tested out as a pain-killer that is much more powerful than morphine—with no addictive side-effects. The key word here is “tested”. Medicines in the West undergo rigorous testing before they can be sold in pharmacies. 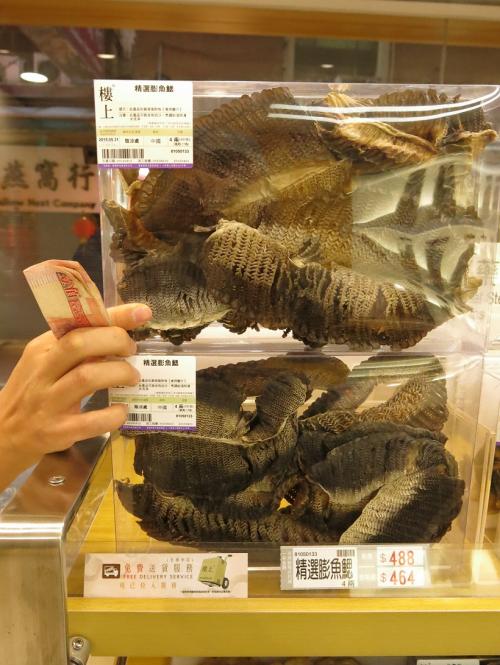 Traditional Chinese Medicine presents no such track record for its animal-based products—just old folk-myths and superstition. And yet these beliefs are responsible for the culling of staggering amounts of sharks, sea-cucumbers, seahorses, manta rays and other valuable marine life. The TCM concoctions have, at best, placebo benefits, but are variously touted to have aphrodisiacal or circulatory enhancement properties—and even claimed to cure serious ailments. For an aphrodisiac, the end-user would be much better off eating oysters. Or taking Viagra, which has been proven to work, and whose manufacture does not require the wholesale slaughter of sea life.

This article takes a brief look at three marine species devastated by TCM practices. There is not a shred of scientific evidence that these species have any medicinal or health benefits. And that is just the tip of the iceberg.

In April 2018, within a space of five days, customs at Mexico City International Airport seized suitcases from two Chinese citizens heading for mainland China. The suitcases were stuffed with over 750 dried swim bladders of the totoaba, a large fish endemic to the Gulf of California (or Sea of Cortez), and fully protected by law. The dried-out stomach of the fish was destined to be sold in the TCM market at astronomical prices. It is estimated that the haul from these two Chinese citizens alone would be worth US $500,000 back in China. And that is just a fraction of what has been intercepted. 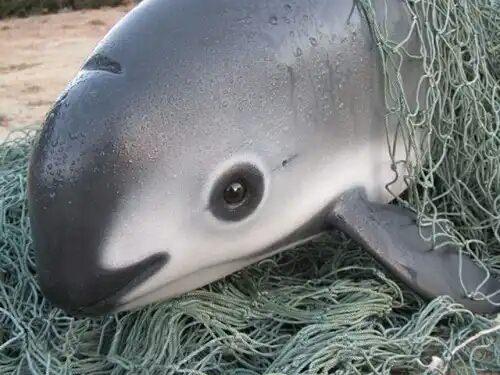 (A Vaquita  Credit: Save the Whales)

Totoaba swim bladders have been dubbed “the cocaine of the sea” and indeed, Mexican drug cartels are involved in the illegal trafficking. So here is the million-dollar question: Why is this fish bladder worth so much, and does it actually work? The answer to the first question is clever promotion by TCM spin doctors. The answer to the second question is No. In the fallout from this nefarious trade, the rare Vaquita porpoise has been trapped as by-catch in gillnets, and is headed for extinction—with just a dozen thought to be left at last count.

In August 2017, the Ecuadorian navy seized a Chinese-flagged ship with an extraordinary catch in its holds—an estimated 6,600 sharks, including endangered hammerheads and silky sharks. The vessel was thought to be a “mother-ship”, which received transfers from smaller poaching vessels. Those vessels were among a fleet of 300 Chinese ships in international waters facing the Galapagos Islands. The mother-ship was intercepted inside the waters of the Galapagos—one of largest marine sanctuaries in the world, and renowned for its preservation of rare shark species. Industrial fishing is banned within the marine sanctuary (only artisanal fishing by locals is allowed). The Galapagos has few resources to patrol the immense area of the sanctuary—it was only through pure luck that this vessel was intercepted. 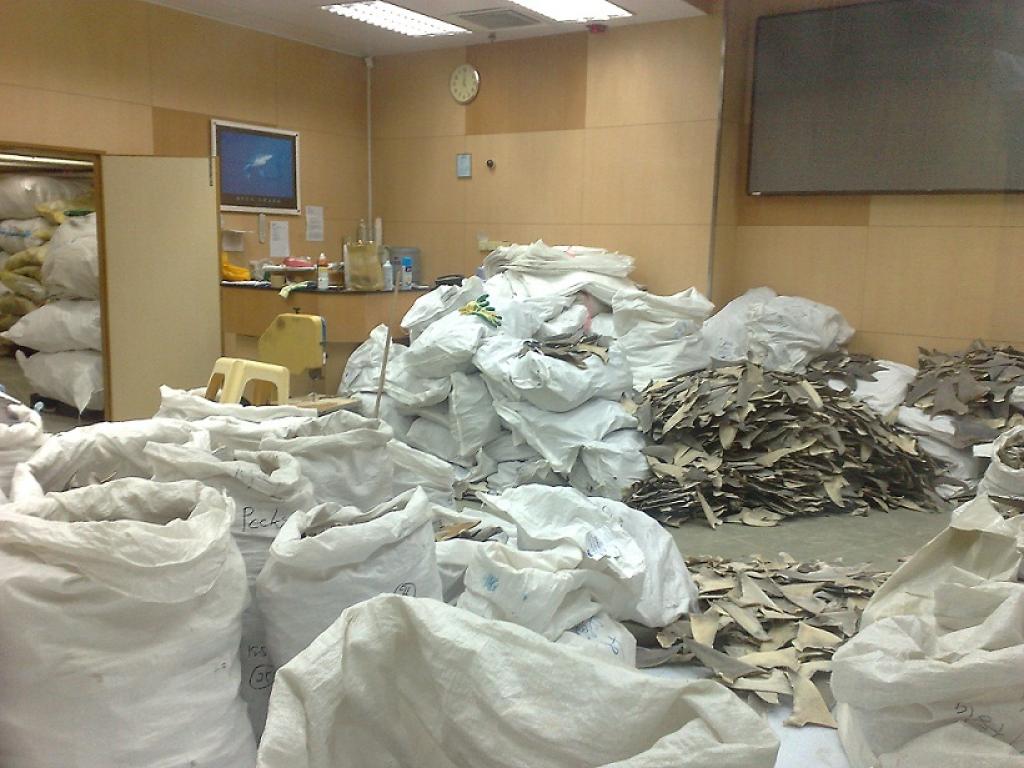 The fins from these sharks were destined for the banquet dinner table in the Chinese diaspora—where sharkfin soup is regarded as a status symbol. Sharkfin is cartilage that has no taste and no texture—those come from other additions, like chicken broth. Sharkfin soup is touted as a general health tonic—even a cure for cancer. Figures vary on the number of sharks culled worldwide in this trade: estimates range from 70 to 100 million sharks a year.

While manta rays and mobulas are fully protected in the Maldives as the basis of dive tourism, around the corner, Sri Lanka has emerged as a major centre of the TCM trade in manta-ray gill-rakers. Gill-rakers are what the mantas and mobulas use to filter seawater to get plankton for food. The dried-out gill-rakers are sold for high prices for use in a TCM soup touted as improving the circulation, among other spurious claims.

TCM has a history dating back 2,000 years, but manta gill-rakers have only been added to the “menu” in the last few decades—touted for their supposed detoxifying and purifying properties. The fishing of mantas has increased many-fold, leading to a precipitous drop in the population of mantas and mobulas. In some areas, a 30 per cent drop; in other areas, the drop is over 80 per cent. Manta cartilage has also been substituted for shark cartilage in Chinese medicinal potions.

In 2014, the Convention on International Trade in Endangered Species of Wild Fauna and Flora (CITES) announced a ban of international trade in specimens of five shark species and all manta ray species, including meat, gills and fins. However, the ruling is not enforceable and the trade in sharkfin and manta gill-rakers for TCM soups, potions and other absurd concoctions still goes on.