From being stranded to being free

About a year ago, six elephant calves along with a team of veterinarians, animal keepers and forest department staff braved an 11-hour journey from Assam’s Kaziranga to Manas National Park. The team had only one purpose: to give these orphaned elephant calves an opportunity to roam freely in the wild.

The calves were a part of the mammoth effort taken by Wildlife Trust of India (WTI), International Fund for Animal Welfare (IFAW) and Assam Forest Department (AFD) to rescue and rehabilitate them back to the wild, while also reinforcing the conservation efforts in Manas National Park. 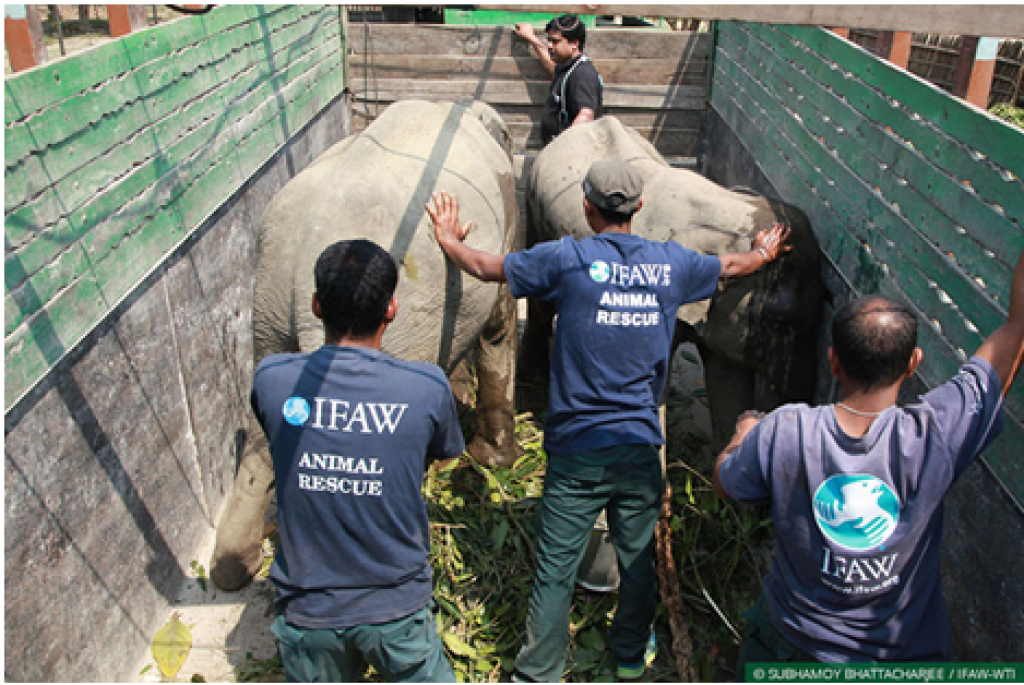 In 2008, IFAW-WTI and the Assam Forest Department initiated the elephant rehabilitation programme at Manas National Park — with the primary aim of restoring its glory back to the pre-civil unrest days, by restocking mega-fauna like the Greater One-Horned rhinoceros and Asian elephants.

The secondary aim after the rescue of these displaced and orphaned elephant calves was to send them back to the wild. This was envisioned and carried out at the Centre for Wildlife Rehabilitation and Conservation (CWRC) — a wildlife rehabilitation facility founded by the IFAW-WTI in collaboration with AFD near Kaziranga National Park.

This is where the story begins — the main characters were the six female elephant calves, born in different geographical areas but destined to be raised and live together in the wild.

Dhemaji — she got her name after the place she was rescued from on the Northern Banks of Brahmaputra River — was the first of the six calves to be admitted to CWRC in 2013. She was found stranded after being swept in the flood waters, away from her kin.

Reuniting her with the natal herd was impossible as the team could not locate any herd nearby. She was brought to CWRC and joined the other elephant calves at the centre. She assimilated well with the new family.

This faux herd was short-lived as five of the calves were moved to Manas National Park in 2014, to be released. However, Dhemaji was soon joined by another young calf, Ghajini.

Ghajini, the second character in this tale, suffered a grim history that she came out of bravely. Named after a Hindi/Tamil movie in which the protagonist bore a huge scar on his head, Ghajini was rescued from Missa near Nagaon in Central Assam.

She was found, like the protagonist of the movie, with a huge scar on her head after she was attacked by some locals. CWRC team immediately rescued the calf, and after months of intensive treatment, her wound started to heal.

Two months later in December, our third character, Karbi, entered the plot. Karbi was rescued from Ouguri Range, Karbi Anglong, after she was found inside a ditch on a hill slope. The mother was nowhere to be found and the team took the calf to join Dhemaji and Ghajini at CWRC.

Karbi was a weak calf in contrast to the other two, and therefore, required more care. She responded well and started recovering soon. The team was happy to see this new faux herd forming at the centre and hoped that they will soon roam the vast forests and grasslands of Manas National Park.

Kumari, the fourth calf, was admitted to CWRC in 2014 from Kumarikhata, near the Manas National Park. She got left behind when her herd came into conflict with humans and fled the place. Kumari was older than the other calves and due to lack of facility at Manas, she was brought to CWRC — A journey that she would again undertake three years later to return as the daughter of the soil.

This story would be incomplete without our fifth character, Usha. Her tale is truly unbelievable and for what she went through, she can be an inspiration to one and all.

Usha was spotted along with her mother and older brother on an island, stranded after the flood waters disconnected the landmass. Her mother was extremely sick and mostly recumbent. The team provided her with food and supportive medicines, but she eventually succumbed leaving two of her children orphaned. 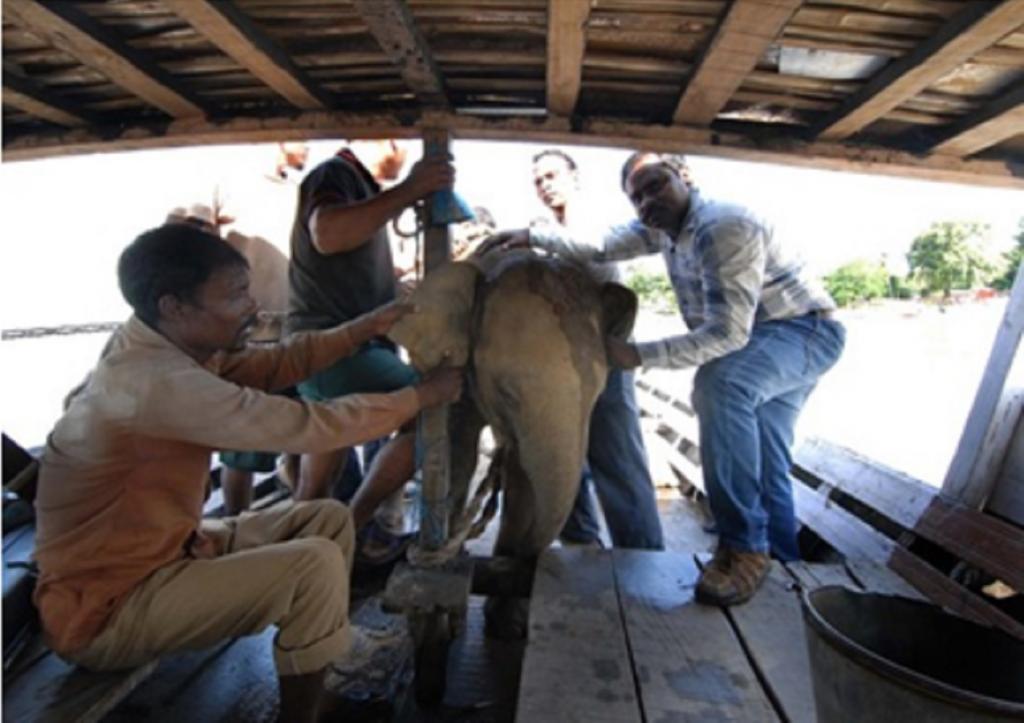 Usha, younger and probably more dependent on her mother, was visibly distraught by the death. The team decided to immediately rescue her and move her to CWRC to be inducted into the rehabilitation program. Her brother, older and bigger was later also captured, but upon being found unfit for rehabilitation, he was sent to the forest department camp to be used as a captive elephant.

Usha in the meantime reached CWRC and met the other characters. The team felt that having lived in the wild with the mother handed her extra confidence and she would prefer to stay with the calves only, and not the keepers!

This was a good sign as this indicated that she was less used to humans and there were better chances of post-release survival and reintegration to the wild. The last character, Ultee, was brought in to CWRC in 2015. She had a minor deformity on her trunk, but that didn’t stop her from joining the others.

Released back into the wild

The six elephant calves were fitted with radio collars to facilitate their monitoring post-release. They were initially held in a Boma (enclosure) at Manas National Park to allow them to acclimatise to life in the wild.

After being kept for a month, they were allowed to roam freely in April 2018. A team of biologists, animal keepers and wildlife veterinarians monitored the animals to document their health, movement and any shreds of evidence of interaction with wild elephants.

It has been a year since they were moved and released in Manas National Park and all six survived well. Karbi, however, has gone missing after she was seen on a national highway on India-Bhutan border.

For the initial six months, all six elephants moved together, taking the small forest roads, exploring the landscape and occasionally coming close to a few anti-poaching camps that probably reminded them of their life at CWRC.

Usha was fitted with a satellite radio collar in December to monitor her movement intensively.  She has been travelling constantly, and off late, Ultee is not with her anymore. The health of all the five elephant calves is being monitored, and is good. They are slowly getting to learn the ways of the wild.

We hope they continue to survive and thrive in their new home and are optimistic that they will soon meet a wild elephant herd, which will accept them as their very own, bringing their beautiful story to end and to start an even better one #backinthewild!