Glimpses into life in the Chambal

Chambal's unique ecology has made it home to more than 500 species of mammals, birds, fish and reptiles. More than 30 of them are in IUCN's Red List. But with 400-odd irrigation projects planned in the basin, the river is at the risk of being reduced to a trickle, imperilling its animal diversity

Chambal's unique ecology has made it home to more than 500 species of mammals, birds, fish and reptiles. More than 30 of them are in IUCN's Red List. But with 400-odd irrigation projects planned in the basin, the river is at the risk of being reduced to a trickle, imperilling its animal diversity

The biopic, ‘Paan Singh Tomar’, features a story of a national record holding athlete who became a dacoit in the Chambal. In the film, when Paan Singh Tomar is on the run from the law in the Chambal ravines, the audience is treated to a fleeting glimpse of a jackal. Moviegoers may not realize that the jackal is just one of the 60 mammal species that are found in the Chambal ravines. More than 500 birds, fish, reptiles and mammals are found in this region, out of which 36 species are listed on the IUCN Red List as threatened by extinction. The reason for this astonishing number of species is the sheer diversity of unique habitats in the Chambal region. Each habitat supports its own unique set of species. As the Chambal River is the only large water body for miles, innumerable water birds flock to the river. In the winter, migratory birds add an extra dash of colour. Sandbanks in the river provide crucial habitat for crocodiles, freshwater turtles and Indian Skimmers. 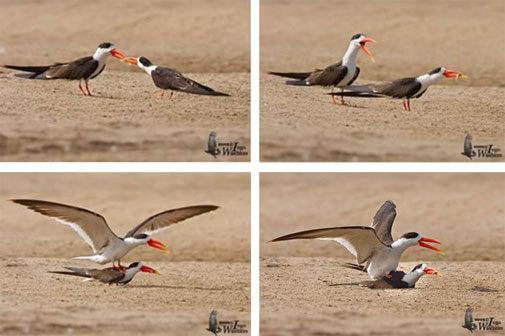 Indian Skimmers are strikingly coloured birds, jet black on the upper side and white underneath with an orangish-red beak. They are the size of crows, but extremely streamlined as an adaptation for a life near water. As the name implies, Indian Skimmer’s skim the surface of the water with open beaks to catch fish and other aquatic creatures. Skimmers do not only catch fish to fill their bellies. In the breeding season, the male skimmer gifts his potential mate fishes that he has caught. Only then does she allow him to mate and they nest on sandbanks, just a few inches above the flowing waters.

Sandbanks are also crucial recharging stations for reptiles. Gharials, a unique species of crocodile and nine species of freshwater turtles that are found in the Chambal River absorb heat or bask on sandbanks to regulate their body temperatures. Crowned river turtles exhibit a unique egg-laying behaviour dependent on the naturally occurring seasonal changes in river flow. While most turtles lay their eggs above water, these turtles lay their eggs underwater in the winter. As summer approaches, water levels recede and the eggs are exposed and when the river rises during the monsoon, the baby turtles hatch into water. With successful hatching being so dependent on natural river flows, choosing a nesting site by female turtles at the adequate depth is probably a gamble given the vagaries of the weather. Current and ongoing human modifications in river flow patterns could throw the proverbial spanner in the works. These modifications will also impact the rich fish diversity.

Of the 150 species of fish that are found in the Chambal, the Mahaseer (or great-fish) is particularly interesting. They reached enormous sizes in the past. Francis Buchanan-Hamilton, the Scottish physician notes that standard size playing cards were made out of the scales of these fish! Today such sizes are never reported and the sizes reported in the past have been relegated to folklore. The Mahaseer is currently endangered. With plans being announced that industrial hubs would be planned in the Chambal, unregulated development may result in the Chambal River itself becoming a foggy memory.

An astounding variety of habitats enables wildlife to thrive in the Chambal valley. India’s national aquatic animal, the gangetic dolphin and India’s national animal, the tiger are both found in this region. Like crowned river turtles, species in this landscape have adapted to the seasonal river flow variations. Surrounded as they are by densely populated human habitations, wildlife in the Chambal ecosystem have no exit options. The unique Chambal region has to be conserved by ensuring availability of freshwater and habitat to the incredibly rich wildlife that has prospered in this landscape over millions of years. 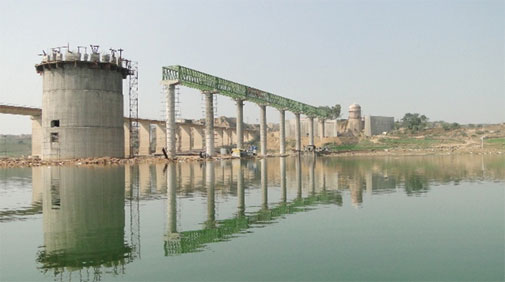 A sinister race is underway to divert every last drop of water from the Chambal River to faraway towns and cities. In its last meeting, the National Board for Wildlife has granted permission for Chambal water to be diverted to the Kota town in Rajasthan. River flow has greatly reduced due to the 150 irrigation projects currently operating in the Chambal basin. The 400 or so irrigation projects that are being planned in the basin will turn the already reduced river flow into a trickle. Will water, the lifeline of the Chambal continue to flow like it has for millennia?