Population of big cats is declining in states that has much of its geographical area under forest cover — Chhattisgarh (44.1%), Jharkhand (29.5%) and Odisha (32%) 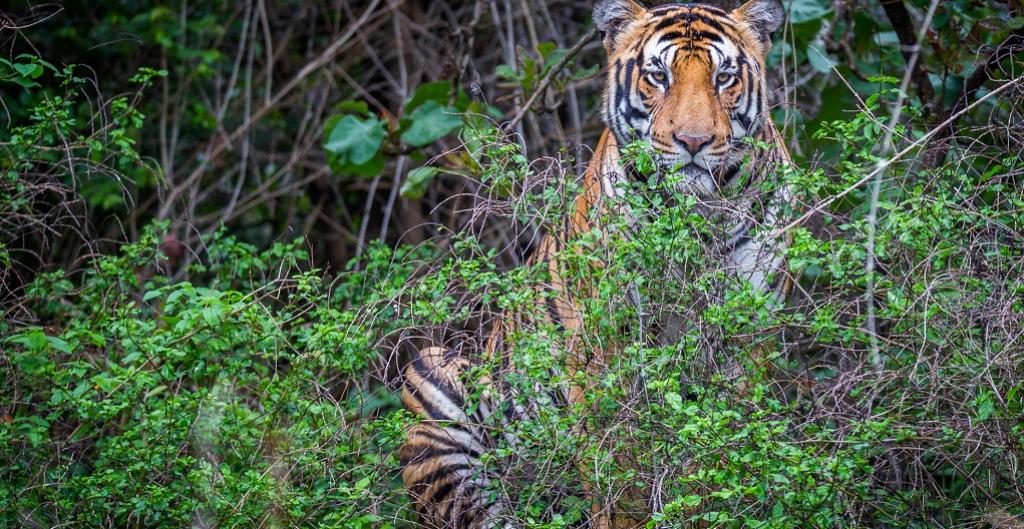 However, the worrying part is the decline in the number of tigers in states with much of their geographical area under forest cover — Chhattisgarh (44.1 per cent), Jharkhand (29.5 per cent) and Odisha (32 per cent).

This could open many questions on impacts of local communities, recognition of their rights, mining and forest land diversion, etc.

But what conservationists are keen to know is about the density of prey and habitat conditions in these forests, for tiger populations can bounce back if the habitat is good and prey animals are in abundance.

I had the opportunity of visiting a few tiger reserves (TR) in central India and Western Ghats. In 2016, I visited Achanakmar TR and Udanti-Sitanadi TR in Chhattisgarh.

While sighting a tiger is a rare chance even in high-density reserves like Kanha, Corbett, in these reserves, it was difficult to find prey animals.

In Achanakmar, Chitals (deer) were seen in very low herd sizes. An almost 20 kilometre drive through the park during morning and evening yielded very poor sightings of prey animals, which is very unlikely in healthy tiger reserves that teems with prey animals.

The visit to Udanti-Sitanadi was even more disappointing as only a few common langurs were seen.

These forests, ranging several thousand square kilometers, are important habitats for dispersing tigers from healthy reserves and for supporting a genetically strong population in central India.

It would be important to evaluate the current wildlife management practices in these reserves and make suitable management efforts as required. Tiger conservation in these landscapes would need more than habitat protection, improvement and connectivity.

While the focus is largely on TRs, the territorial forests that connects these reserves are often neglected and receives poor attention particularly on wildlife management. Further this region hosts a large tribal population that is forest dependent.

Eco-development models that benefits local communities in and around the reserve could be encouraged along with sustainable ecotourism that could help in reviving the tiger numbers here.