The forest department in Srikakulam and Vizianagaram, which border Odisha, are doing their best to manage pachyderms that regularly stray from Odisha. But they need local support 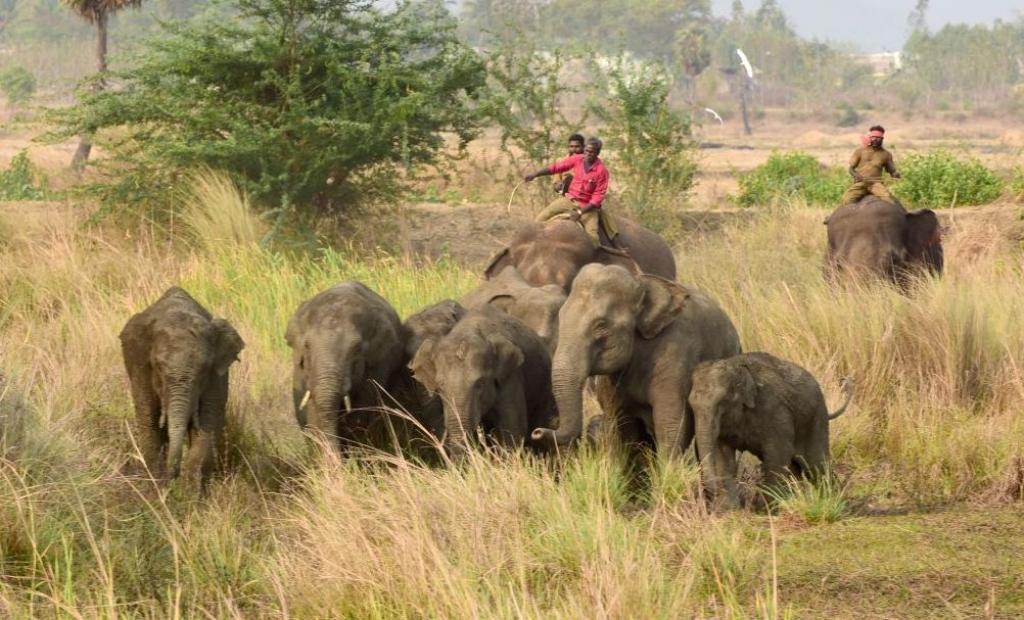 Wild elephants being chased away with the help of "Kumkis" in Srikakulam Credit: V Sundararaju

On March 28 this year, people inSrikakulam, Andhra Pradesh, were startled to hear that eight wild elephants had come to the Dusi Railway Station, about 10 km away from Srikakulam town. Forest officials immediately jumped into action. Using “Kumkis”(domesticated and trained elephants) brought from the Chittoor Forest Division, they were able to chase the jumbos back to Odisha, from where they hadcome. However, almost four months later, on July 26, the same herd returned. This time, tragedy struck when one young elephant got electrocuted after coming into contact with a transformer accidentally.

The above lines give you an idea of the tension that prevails in this area due to interaction between man and elephant. But this was not always the case. Elephants started moving from Odisha to the two border districts of Andhra (Srikakulam and Vizianagaram) only from 2007 onwards. They usually move from State Forests in Odishato the Vizianagaram Forest Division and then migrate towards Srikakulam Forest Division.

The reason for the migration of elephants from Odisha to Andhra Pradesh is said to be large-scale quarrying permitted in the revenue hills contiguous to the Reserve Forest areas in Odisha districts bordering Srikakulam and Vizianagaram.

In general, permission for quarrying even in revenue and private lands is not granted if such areas are within 10 km of the boundary of any Protected Area like a Wildlife Sanctuary or a National Park. This rule should be made applicable to revenue hills and hillocks which are located close to the Reserve Forests where the elephants live. If this system is followed, chances of migration of the pachyderms due to human disturbance may be very much reduced.

However, that being not the case for now, sincere efforts are being made by the Forest, Revenue and Police officials to mitigate human-elephant conflict in the area. There are usually two kinds of mitigation: prevention and response.

Prevention refers to the measures that are taken to not attract elephants to the area or to see to it that even if they come, no human being crosses paths with them.

In many parts of the agricultural lands that are close to the boundary of Reserve Forests in Srikakulam and Vizianagaram, crops like sugarcane, banana, pineapple andmaize are raised, which in turn, attract the pachyderms. People, especially the farming community who are cultivating close to the Reserve Forests inhabitedby elephants, are persuaded not to raise such crops. Instead, they can raise crops like garlic, turmeric, mulberry, castor, chilli, cotton, ginger, onion, tobacco and tea. 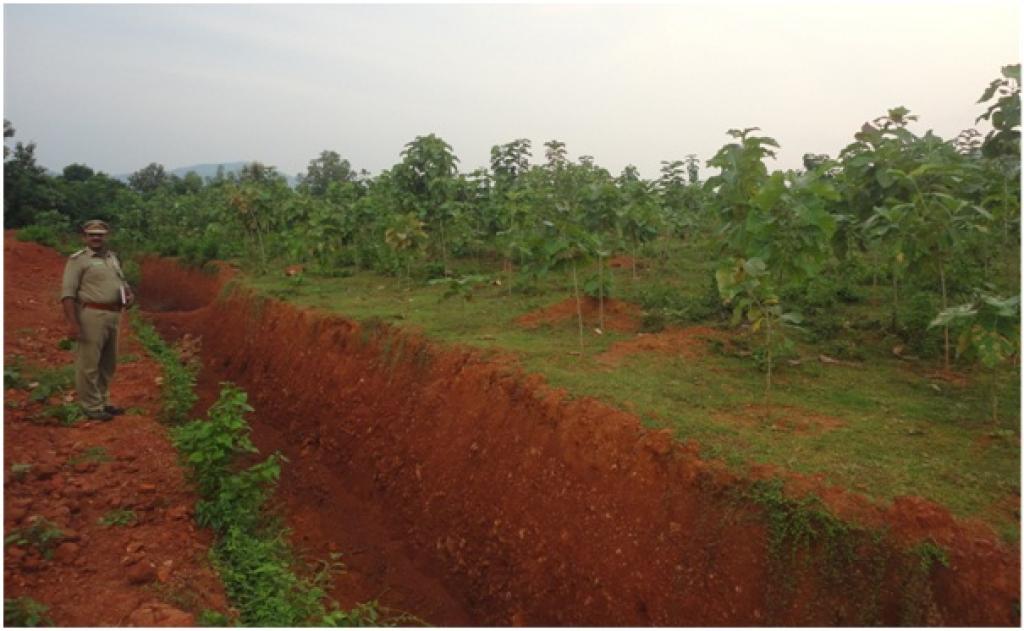 Around a few Reserve Forests, where elephant movements are noticed, Elephant Proof Trenches are dug out to a depth of 3 metres, with a top width of 3 metres and bottom width of 2 metres, with the idea of preventing the pachyderms from straying into the nearby agricultural lands and human habitations.

In order to see that humans do not cross paths with elephants if they do make it to human settlements, forest officials monitor elephant movements with the help of tribal elephant trackers and alert adjoining villagers. Flex boards have been erected on the roadsides and at junctions where elephant movements are reported. Pamphlets are distributed widely in villages. Publicity is also done through megaphones in vulnerable villages. Dos and don’ts are explained to villagers. Local tribes are being warned to be cautious.

Under response, whenever elephants come close to human habitations, various methods are used to drive them away. The elephants are frightened by beating drums, firing crackers and burning tyres. In addition, there are eco-friendly measures too. For instance, gunny bags smeared with chilli powder mixed with waste crude oil are tied with a rope. The rope is tied to strong poles, which are erected across the pathways by which the elephants would cross from the RF into the nearby fields. Besides gunny bags, beehives can also be suspended from the rope. When the jumbos come into contact with the rope, the beehivesare shaken and as a result, the bees come out and scare the elephants. The beehive method is followed successfully in Kenya.

Another aspect of the administration’s mitigation techniques involves compensation. In case of any human death caused by wild elephants, the state forest minister visits the village immediately and expresses his condolence to the bereaved family, besides paying due compensation to the legal heir of the diseased. During 2007, the compensation was Rs.1 lakh in case of human casualty and the same amount was awarded till 2014. From 2015 onwards, the compensation was increased to Rs5 lakh. When agricultural crops like paddy, sugarcane, red gram and banana, and horticultural crops like cashew and mango are damaged by elephants, the value of the damage is assessed through the concerned agriculture and horticulture departments and due compensation is paid to the affected parties.

The arduous efforts taken by the Forest, Revenue and Police Departments in these two districts are noteworthy. However, these alone will not be able to mitigate human-elephant conflict unless there is good support and cooperation from the villagers concerned.