India must protect its rare, unique and endangered plants and trees

A systematic species recovery programme is the need of the hour 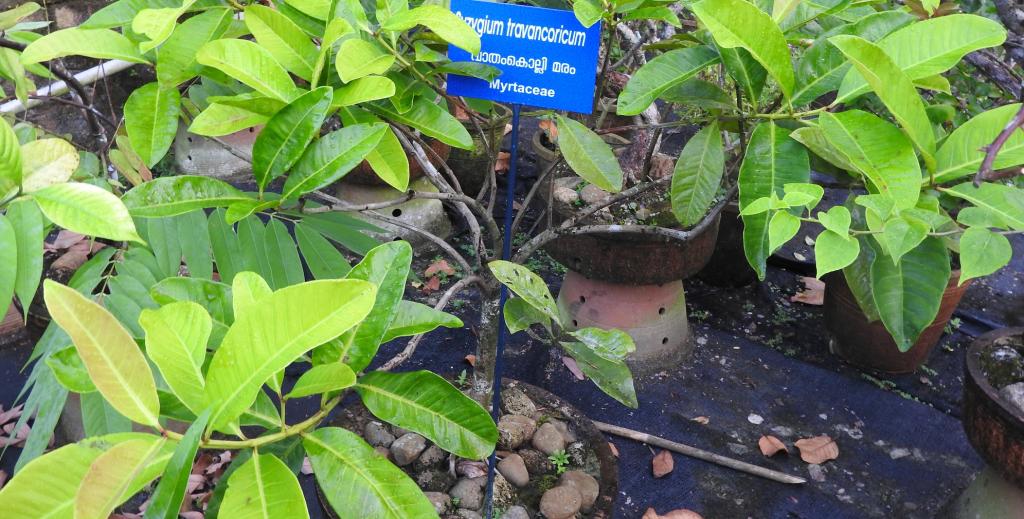 Syzygium travancoricum, an economically important tree species, is reported to exist with a population size of only 15-20 individuals. Photo: Wikimedia Commons

India is known for its rich biological diversity due to the presence of large numbers of plant and animal species. It is one of the top-ranking, mega-diverse countries of the world.

Our cultural diversity has played a key role in conserving floral and faunal diversity. Having said that, this diversity is now in danger.

Take for instance, trees. In spite of their valuable services to humanity, trees are being ruthlessly destroyed because of developmental projects and increased dependence.

While several species are facing threats from anthropogenic pressure, many are threatened due to invasive alien species and climate change.

It is high time that the state and the central governments come forward for recovery of the rare, endangered and threatened (RET) tree species.

Before taking scientific measures to ensure their conservation and cultivation, it is very much necessary to identify them, assess their natural distribution and study their population status.

Pristine forests have been fragmented because of intense developmental activities over the past few decades. More than 100 tree species of high economic importance have become threatened and critically endangered in the Western Ghats.

Their small population size is considered to be the major threat. It cannot sustain them due to inbreeding and loss of genetic variability. It has become urgent to carry out scientific conservation programmes for recovering these species.

Unless urgent measures are taken to restore critically endangered species, they will become extinct. Species recovery is the process through which the decline of a threatened species is arrested or reversed and threats removed so that the survival of the species in the wild can be ensured.

Many countries have initiated plans to address the resurrection of the RET species. Species recovery programmes have been carried out successfully in the United States, Canada, United Kingdom and Australia.

In the United States, there is special legislation such as the Endangered Species Act, 1973, (ESA) for carrying out species recovery programmes. The Act, that was implemented in 1973, has provisions for listing the species as ‘endangered’, developing recovery plans for each species and designating critical habitats.

Tree species in the Western Ghats

India’s 1.34 billion people exert a heavy pressure through encroachment, raising commercial plantations and other developmental activities. Due to anthropogenic activities like excessive harvesting and habitat destruction, many of the economically important tree species are under serious threat.

Syzygium travancoricum, an economically important tree species, is reported to exist with a population size of only 15-20 individuals. Similarly, Dipterocarpus bourdillonii, another endangered species has only 14 individuals occurring in three patches in the Kodagu district of Karnataka.

Since tree species require decades for regeneration of the optimum population, if there is lack of regeneration or habitat, their present population cannot be considered healthy.

Increased inbreeding because of limited pollen and seed dispersal flow caused by fragmentation of populations can impact regeneration of the species. In case of Dysoxylum malabaricum, an endangered tree species in the Western Ghats, inbreeding between related individuals has caused reduced regeneration.

Hence, if urgent action is not taken to restore the population of these species, they may be irrecoverably lost. In India, recovery programmes for a few plant species have been taken up.

For instance, Paphiopedilum druryi, a slipper orchid, has multiplied through tissue culture and has been reintroduced in the Agasthiamalai hill ranges of the southern Western Ghats.

Out of the 387 Indian plants listed under the International Union for Conservation of Nature’s Red List, 77 have been enlisted as ‘critically endangered’, six are ‘extinct’ and two are ‘extinct’ in the wild. The IUCN is an international organization working in the field of nature conservation and sustainable use of natural resources.

The 77 critically endangered species can be prioritised for recovery programme and the balance can be taken up subsequently. A systematic species recovery programme is thus the need of the hour to restore the populations of these species.

While taking earnest measures for conservation and recovery of RET species, collection of data about their population sizes, identification of the specific threats and developing mitigation strategies are to be attempted systematically.

But, till date, no area has been specifically protected for any single endangered plant species, except for species groups like the Varsey Rhododendron Sanctuary in Sikkim and the Sessa Orchid Sanctuary in Arunachal Pradesh.

Combined and collective efforts are required on the part of the forest department as well as the forest stakeholders.

Promulgation of specific acts and framing of rules and regulations are urgently needed to protect the threatened species by reaching an agreement between the department and the stakeholders.

Documentation of the RET species, their threatened status, surveying all known populations and mapping their locations, identifying the extrinsic and intrinsic factors that drive the species to threatened status and assessing the genetic variability of the species are to be carried out scientifically on war footing.

Based on the above strategies, long-term monitoring programmes are to be developed for assessing the population changes periodically.