Is India turning into a death bed for the last remaining South Asian tigers?

If the government does not wake up now and take corrective measures; Indian forests, wildlife and biodiversity have a very slim chance of recovery 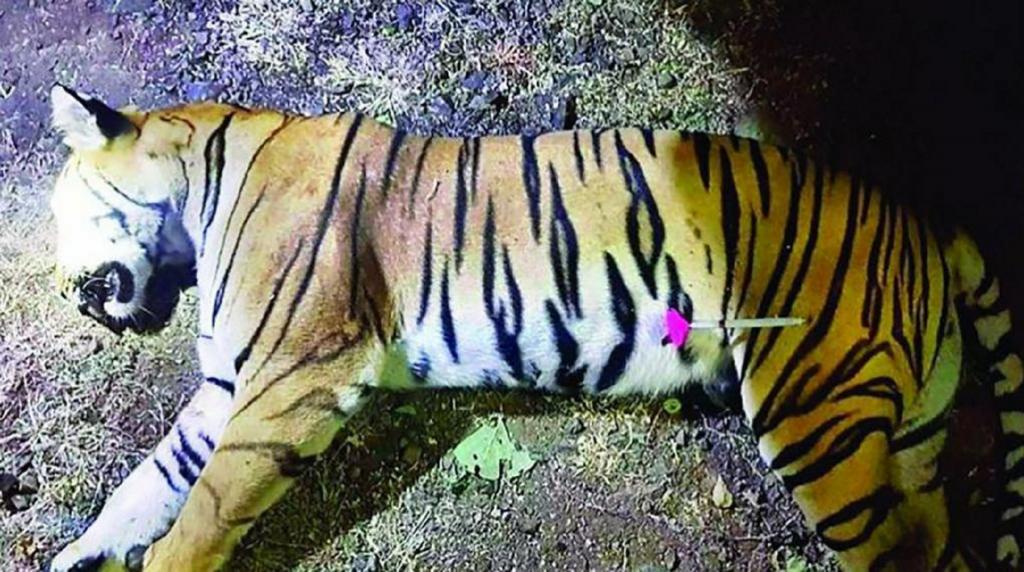 In spite of the great success, tiger conservation is taking a serious downturn in India. The recent cold-blooded judicial killing of a helpless Bengal tigress (named Avni/T1) in south eastern Maharashtra has brought forth serious loopholes in the conservation efforts of both Indian federal and state governments hosting premier tiger habitats.

The tigress was previously declared a “man-eater” with no substantial ground proof or any convincing DNA evidences, connecting her to the death of 13 villagers. The state government and the Indian judiciary provided a death sentence in haste for this unfortunate tigress, with no comprehensive investigation.

The unfortunate and defenceless animal had two 10-month-old cubs accompanying her. She was shot, point blank, by sharpshooters hired by the Maharashtra Forest Department adjacent to a village forest.

Later, officials claimed that they attempted tranquilisation first, following which, they shot her from a comfortable distance owing to security threats.

The post-mortem clearly indicated that the defenceless animal was shot point blank, and this was equivalent to a cold-blooded judicial murder sponsored by the Maharashtra government.

Although the court order mandated that the animal should be tranquilised and captured first, ground truths reveal that no such attempts were made by the local forest department.

A massive tigress hunt was launched, including ground troops, helicopters, drones, search dogs and sharpshooters; and as soon as the poor animal was located it was mercilessly killed to please local villagers who are supposed to be a solid vote bank for the ruling political party in Maharashtra.

The entire incident caught serious media attention both in India and abroad, and the killing was heavily debated and criticised across social media platforms.

I have relentlessly written to the Indian government to provide me with credible answers for the following questions with no response till date form any government agencies:

This entire incident clearly demonstrated to the entire world the dismal state of wildlife management practices and tiger conservation efforts in India.

The evidences put forward by the Maharashtra state government in front of various courts were mostly circumstantial in nature and had no conclusive evidences to show that the particular tigress was actually a “man-eater” beyond any reasonable doubts. No conclusive DNA evidences of the animal scat showing human DNA could be provided either.

This particular case has walked along the insensitive power corridors of Indian administration and a heartless judiciary that provided a death sentence to a helpless animal without any credible investigation based on modern wildlife forensic reports.

This also casts doubt on the judicial system of India which has different standards of judgments for celebrities and ordinary citizens.

There is absolutely no report and/or response regarding the two 10-month-old cubs accompanying Avni till date. Chances are they were either killed or captured, and could have become victim to the thriving wildlife trade and trafficking catering to the international wildlife black markets of China and pockets of South East Asia.

Lack of education and awareness are among the primary factors contributing towards the rapid degradation of local forests, wildlife and biodiversity across the nation; and the killing of Avni is just an outcome of that.

Archaic survey methods and primitive techniques implemented by the relevant agencies across India provide fictitious and questionable data regarding the population dynamics of several species, including tigers.

Regional politics has also come to play a major role with respect to conservation of endangered species. Different states within the country are opposing relocation, reintroduction and expansion of territories for several vulnerable species like tigers, lion, rhinos, Great Indian Bustard, etc, to keep an unique tourism tag for their states.

The unfortunate wildlife species are in need of new habitats for their breeding, nesting and foraging habitats since their existing habitats are grossly over crowded.

In spite of being a megabiodiverse nation and with an expanding economy, India’s record in maintaining quality zoological gardens and wildlife rehabilitation centres are way below the global standards.

The animal rehabilitation or reintroduction centres are not enough, and most that are available are either over-crowded or totally mismanaged. Need for funding, training, experience, education and infrastructure for proper forest and wildlife management is an important factor that is bringing considerable challenges in successful conservation practices across the country.

The rise in poaching and trafficking of wildlife, including tiger skin and body parts, across the nation is attributed to the poor condition of the forest security guards in India.

The poor salary, lack of advanced training, education and awareness, lack of vehicles, modern tracking gadgets and tools, and even shortage of arms and ammunition are making India’s forests extremely vulnerable to poachers, traffickers, insurgents and illegal encroachers and intruders pushing majestic wildlife species like tigers slowly towards extinction.

If the government does not wake up now and take corrective measures, Indian forests, wildlife and biodiversity has a very slim chance of recovery from such anthropogenic factors. India may be slowly turning into a death bed for the last remaining South Asian tigers.