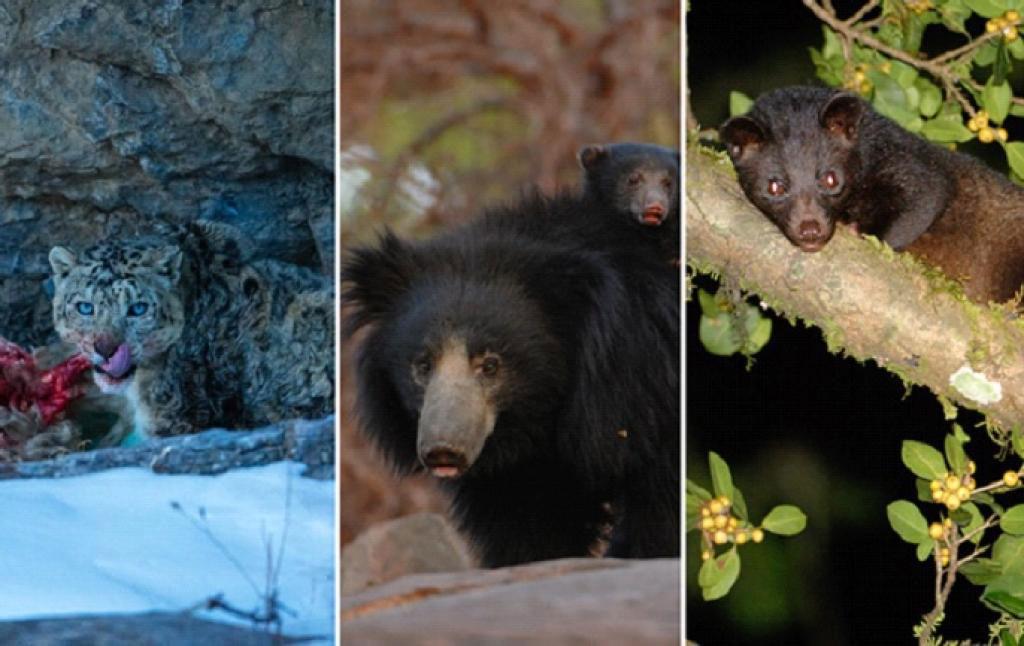 Carnivores are among the most charismatic animals and are highly sought-after worldwide. Animals such as tigers, lions, wolves and bears have captured the fascination and intrigue of human communities across geographies and are deeply embedded in many cultures and folklores.

‘Carnivores’ are animals whose diet largely consists of the meat of other animals. But today, they have evolved to subsist on a wide diversity of food types — from the elusive snow leopards that eat large wild herbivores, to the termite-eating sloth bears and down to the tiny civets that live off of fruits and berries.

There are close to 260 species of terrestrial carnivores in the world. In most regions, mid- to large-sized carnivores typically find themselves in the top-tier of the food web. This makes them ecologically important and therefore the focus of many conservation programmes.

It is for this reason that a disproportionately large number of conservation science studies are also targeted at these species. More often than not, carnivores are highly secretive, elusive, active only during the night time and occur in very low numbers, making them extremely difficult to study. And this brings us to the topic of discussion — the shit.

Carnivores frequently leave telltale signs of their presence in the form of pugmarks, scratch marks on trees, shed hair, scrape marks on the ground, urine scent marks and feces. Most of these signs are important means of indirect communication for the animals.

They can convey information about territory boundaries, social dominance, sexual status and availability, among other things. Carnivore feces — called ‘scat’ — is usually the most conspicuous among these signs.

For a trained field biologist, it is relatively easy to identify the species based on the scat. The ability to do so correctly requires experiential knowledge of the size of scat, its physical appearance, the smell, location and manner of deposition. 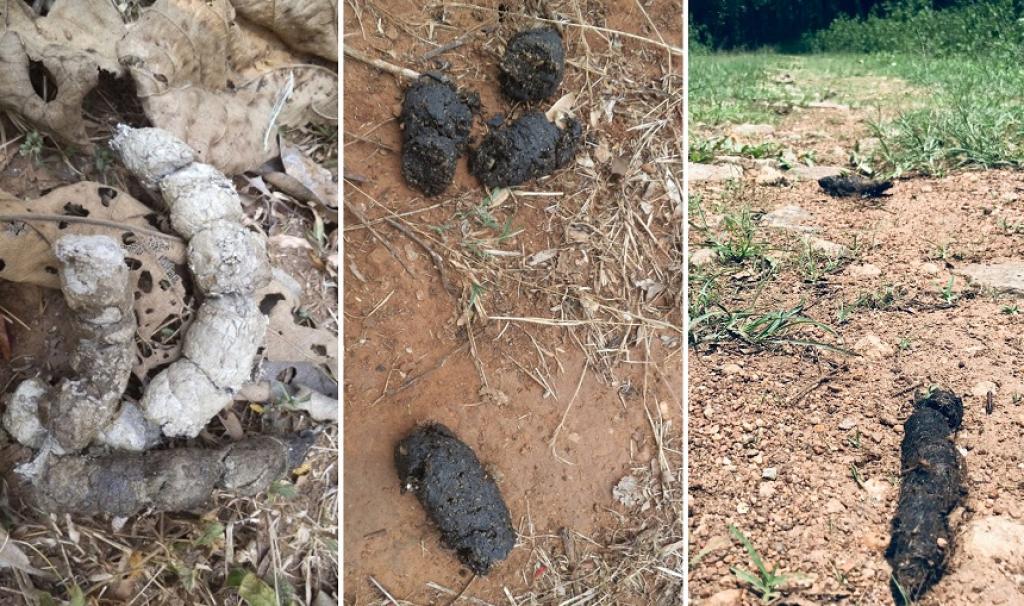 Among the fundamental questions we address in ecology is about where animals are found and why. Surveying large expanses of forests to detect and observe carnivores is logistically infeasible.

Targeting these surveys instead at finding carnivore scats enables us to not only map carnivore distributions, but also determine as to why they are found in certain places and why not in others.

More advanced versions of such studies can be designed to understand if and how specific factors like human presence, roads, wild prey populations, terrain, etc, facilitate or impede carnivore presence.

Besides distribution assessments, carnivore scats also provide information about the food consumed by the animal. This is contained in the form of undigested matter.

Depending on the carnivore species, the undigested matter could be seeds, the skin of fruits and berries, insects, fish scales, feathers, bones, hair, etc. The hair of different prey species have different characteristics, such as stripes, bands and other patterns, that can be viewed through a microscope. These unique patterns enable scientists to identify the prey species consumed and provide information on the entire diet profile of the carnivore. 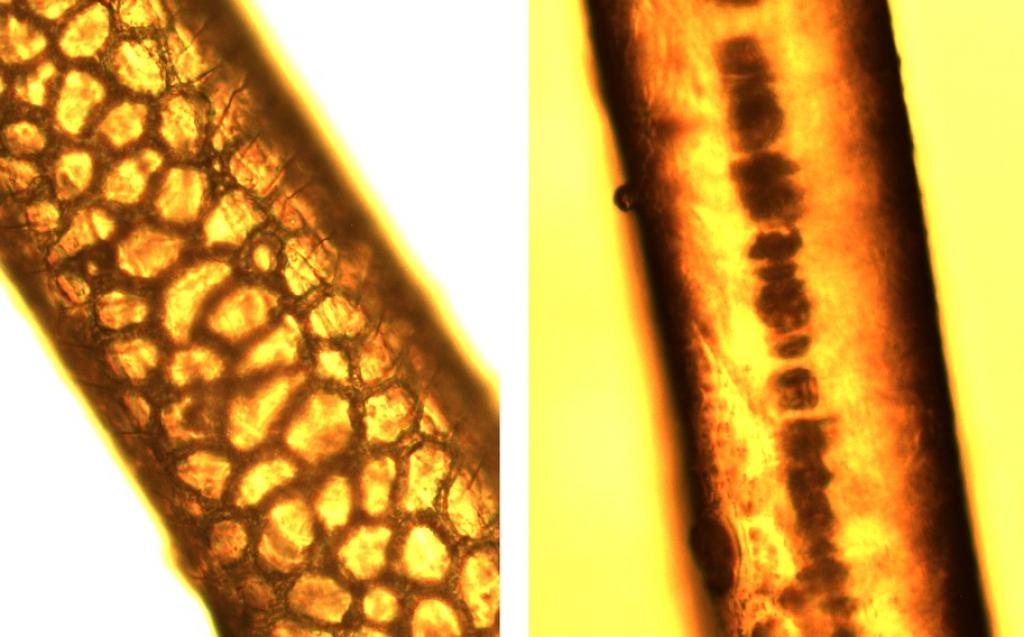 Hair of spotted deer (left) and langur (right) obtained from leopard scat and magnified under a microscope. Unique patterns of hair structure can be used to identify prey species consumed. Photo: Mahi Puri

In the past couple of decades, we have been increasingly relying on another tool to better understand carnivores — genetics. Their DNA (or genetic information) can be extracted from scats and analysed using molecular techniques in a laboratory.

Carnivore scats contain both, the DNA of the animal itself, as well as that of other animals that it has consumed. This DNA is made up of a long string of the four basic building blocks represented by letters ‘A’, ‘T’, ‘G’ and ‘C’ in different combinations and repetitions.

Let us consider the example of a tiger. Within its DNA, for instance, GCATTA represents a sequence that forms a very small part of its total genetic information. The sum total of all such DNA sequences that makes up the entire genetic information of the tiger (or any other species) is called a ‘genome’. 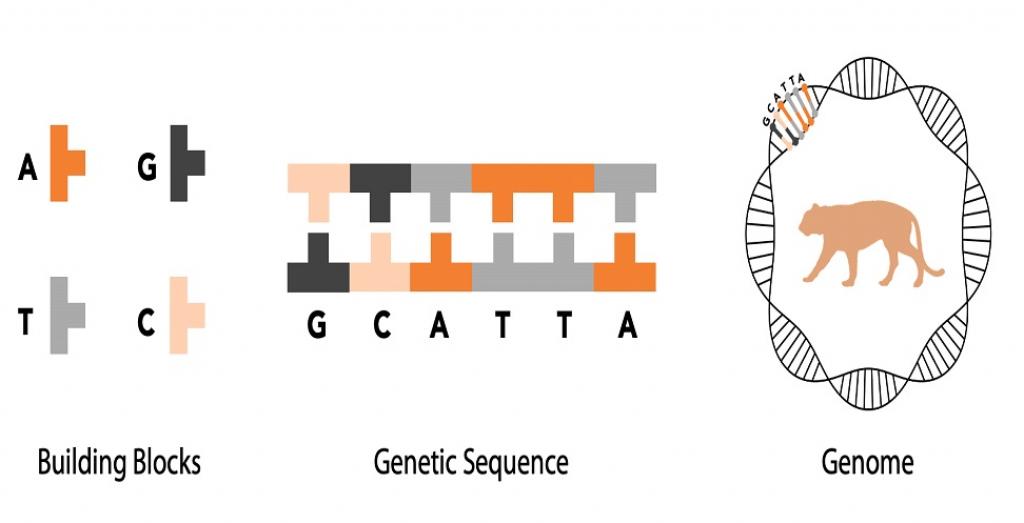 Infographic showing how a genome consists of many genetic sequences that are in turn made up of the building blocks of life– A,T,G and C

Technological advances in methods for extracting DNA and reading large amounts of sequences have helped improve our knowledge of carnivore ecology. DNA sequences can now be used to reliably identify the carnivore species from their scats (more accurate than identification based on appearance, smell, etc). We can also identify the sex of the animal, ascertain identities of individuals and determine if these individuals have moved between populations.

Being able to identify individuals of endangered carnivores is very important for counting and monitoring their populations. More recently, this identification process is done using ‘single nucleotide polymorphisms’ or SNPs (pronounced ‘snips’).

So, what are SNPs? Let us go back to the tiger example. The genome of all tigers is largely similar, except, DNA sequences in the genome will show small differences between any two tigers. These differences, called genetic variations, show up as different letters at a particular location in the sequence.

So, GCATTA and GCCTTT can be the DNA sequences of two different tigers, because they show variation at two locations (the third and the sixth letters). These locations that show differences are called SNPs. When many SNPs (hundreds to thousands) are identified across the tiger genome, it creates a combination of letters that is unique to each individual tiger.

To better understand SNPs, we can think of them as being analogous to the Aadhaar Unique Identification number. Every person is assigned a unique 12 digit number.

The initial few digits of the number might overlap with the number of another person, but the entire combination of numbers will always be unique to an individual. Similarly, when comparing SNPs across a large population of the species, there will be some SNPs that are common, but the overlapping combination of SNPs across the genome will be unique to each individual.

A recent study on tigers in India provided the framework on how to develop SNP resources. Such developments are especially important for animals that do not have unique body markings (stripes or spots) — the Asiatic wild dog or dhole being a case in point.

Using the framework developed for tigers, a group of researchers developed SNPs for dholes and used it to identify individuals from their scats. This study, conducted in Kerala’s Wayanad Wildlife Sanctuary, also applied advanced population models to generate the first ever estimates of dhole population size and map their density. 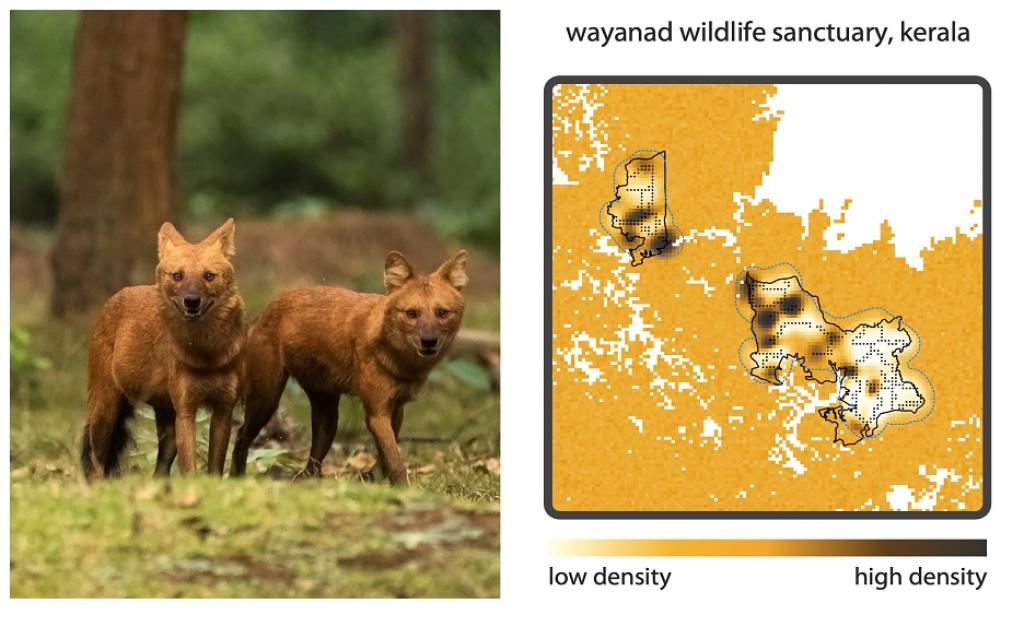 Recent advancements in genetic and molecular technology offer novel opportunities for better understanding carnivores. With gradual decrease in costs associated with these techniques, scat-based studies are likely to expand the frontiers of carnivore research in the future.

This holds great promise not only for the discovery of new insights about well-studied species like the tiger, but can also open avenues into the fascinating lives of lesser-known carnivores like sloth bears, foxes, hyenas, civets and several others.

This is why scats are virtually gold for most carnivore biologists. So don’t hesitate to “talk shit” the next time you meet one.

Ryan Rodrigues and Arjun Srivathsa are carnivore biologists, and work as part of The Dhole Project, Wildlife Conservation Society–India