Caging large mammals and putting them on display is undeniably cruel from a neural perspective, it says 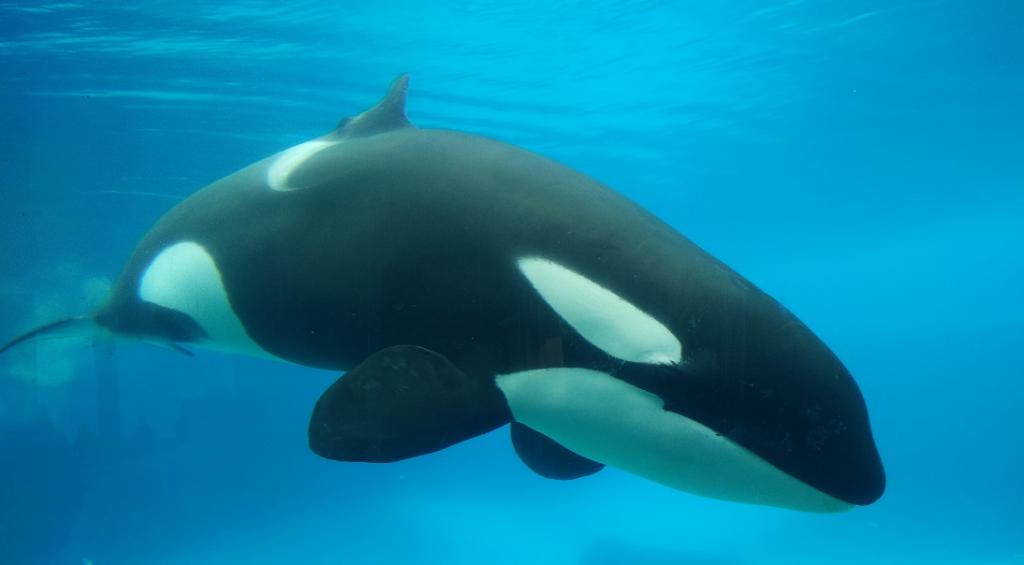 Kiska, a female killer whale or orca, living in solitary isolation in Marineland Niagara, in Canada, since 2011, photographed by the author in July 2017

It was a sunny day more than 20 years ago at the Guwahati Zoo. On a day trip there, I was roaming the zoo diligently, documenting new species of animals observed, as was my wont during every zoo visit.

Roaming around, I came across a field with a low-lying barrier and on close examination, found a remarkable creature that was grazing inside. The animal inside was a full-grown white rhino, a creature I had never seen in any zoo before in my systematic zoo survey.

I took great pains and considerable risk to click a photograph of the white rhino, reproduced herewith.

There was one white rhino in that zoo in 1995 and even all those years ago, I imagined that was the not the ideal state for the animal be in, because white rhinos in the wild are gregarious creatures.

As time progressed and my zoo studies expanded in India and abroad, with multiple visits to zoos, including Guwahati Zoo, I learnt more about the plight of the white rhino at the zoo, named Mohan.

Brought from the United States in 1974, Mohan suffered the loss of his mate and remained in solitary confinement against his natural instincts till his eventual death in 2017. 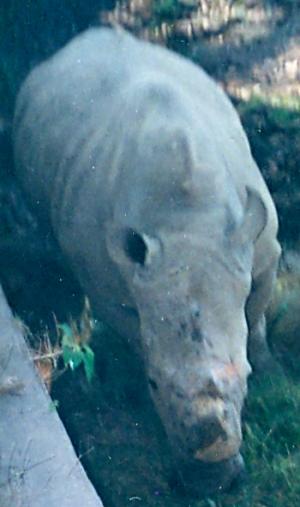 He inflicted bodily harm on himself by battering his horns on the sides of his enclosure, wearing them out to pathetic stumps and virtually non-existent eventually.

His mood swings became vicious and frequent and his interactions with his keepers reportedly became lethal on occasions. Mohan became a shadow of what a wild white rhino was meant to be and a caricature of what white rhinos are in the wild in Southern Africa.

Watching a film on well-known South African conservationist, Ian Player, recently, I could appreciate the beauty and grandeur of these animals living freely in the wild and how much effort has been undertaken to save them from extinction.

Compared to the sublime beauty of wild white rhinos, I am always reminded of the lonesome Mohan, grazing without a companion at Guwahati Zoo. He was mocked by visitors who threw stones at him and could not be less bothered about his sorry plight and even less concerned about the fate of his brethren in the wild.

His unfortunate behaviour patterns compelled upon him by his unnatural incarceration, have now been apparently explained by Bob Jacobs, a neuroscience researcher at the Colorado College, in the US.

My misgivings on Mohan’s captivity, that were formed all those years ago, seem grounded in solid science today.

Recent research work by Jacobs, a professor of neuroscience in Colorado College, says that large mammals suffer brain damage due to the ill-effects of captivity. This negative impact is particularly applicable to cetaceans and elephants.

Choosing examples of these two species in captivity, Jacobs cites Hanako, a female Asian elephant, who lived alone for ten years at the Inokashira Park Zoo in Japan and Kiska, a female killer whale or orca, living in solitary isolation in Marineland Niagara, in Canada, since 2011.

I had a chance to observe Kiska in Marineland Niagara personally during a visit in July 2017. Having read a lot on killer whales and watched films like Free Willy and Blackfish, I was extremely keen to see this species for the first time in the flesh, although only in captivity.

When I finally came across Kiska, I could only see a broken killer whale, who had been driven to a lonely and completely inadequate existence in a barren tank in captivity, swimming repeatedly in circles.

Many problems associated with keeping cetaceans in captivity, including those outlined in studies commissioned by the organisation I work for, World Animal Protection (WAP) over the years, became immediately apparent to me the day I saw the solitary Kiska. The animals was a pale shadow of the wild orca species, that hunt in packs and swim out in the open ocean.

Research carried out by notable scientists like Ingrid Visser and Lori Marino have shown that captivity leads to severe behavioral and physical aberrations in captive cetaceans. The recent study of Jacobs bears testimony to the previous studies that have indicated similar results.

It is easy to observe the overall health and psychological consequences of life in captivity for these animals. Many captive elephants suffer from arthritis, obesity or skin problems. Both elephants and orcas often have severe dental problems. Captive orcas are plagued by pneumonia, kidney disease, gastrointestinal illnesses and infections

For animals like elephants, that may walk for as many as 20 kilometres every day, any kind of captivity is severely restrictive.

Studies conducted on both studies of the Atlantic, by Oxford University researchers Ros Clubb and Georgia Mason in 2002 and by Michael Berens of Seattle Times in 2012, show that captive elephants suffer severely in confined spaces and their physical and behavioral needs are severely compromised in zoos.

Closer home, several studies on elephants in India carried out by different groups, including Compassion Unlimited Plus Action and WAP have come to similar conclusions.

A study on elephants published in 2019 indicated that captive elephants displayed high levels of stress whilst participating in processions.

Extensive video footage has also been obtained by many organisations that show captive elephants displaying severe signs of stereotypy including swaying, head bobbing and repetitive pacing.

Captive elephants that are used to ferry tourists, suffer particularly badly, in states that are not part of their home range and given their inadequate husbandry and environmental conditions. 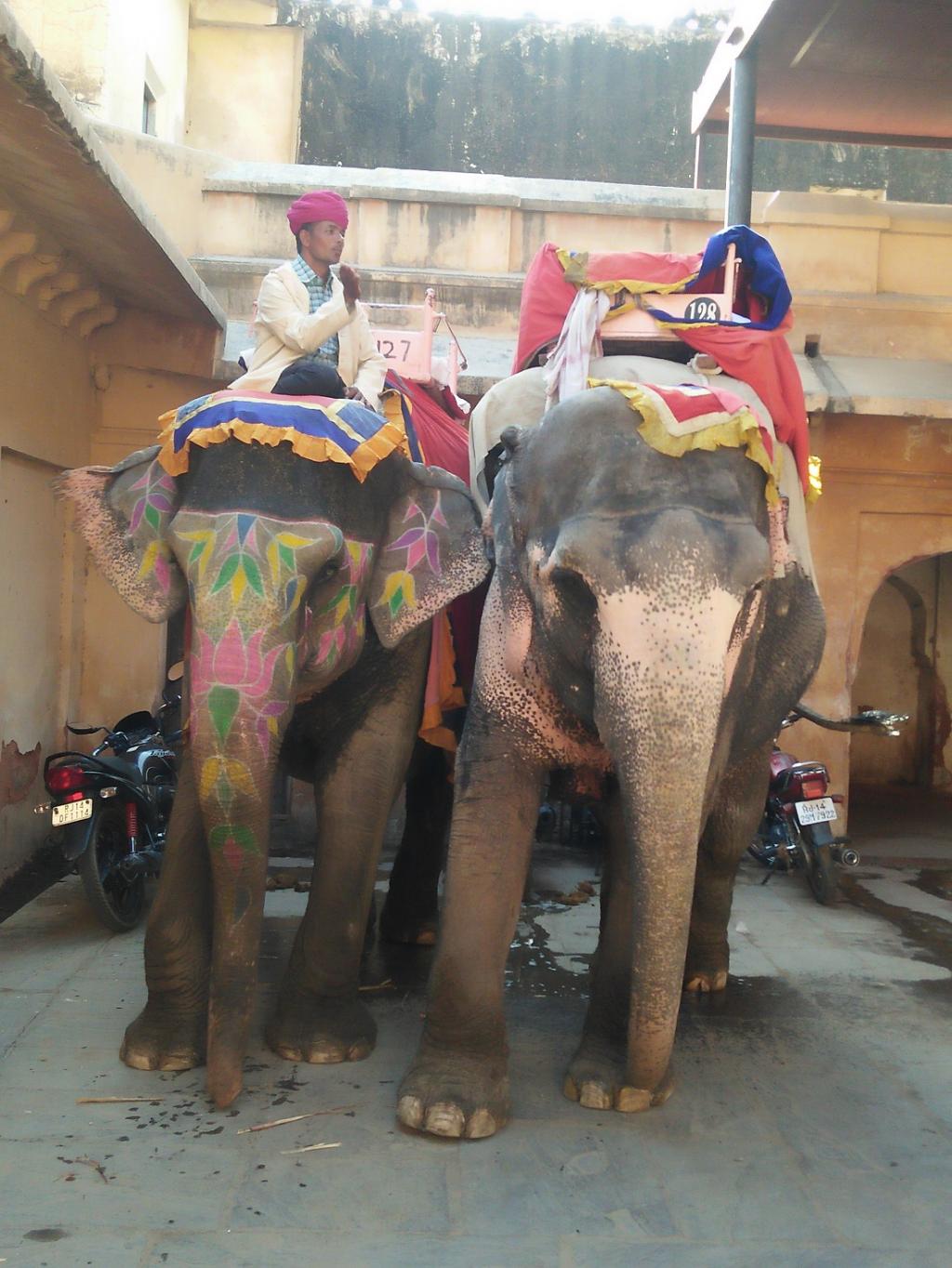 The elephants at Amer fort in Jaipur used to ferry tourists, are very likely to suffer from the kind of brain damage indicated by the study conducted by Jacobs.

WAP welcomes the study of Bob Jacobs on the neurological impact of captivity on large mammals and calls for a close examination of the conclusion presented in the study:

Some people defend keeping animals in captivity, arguing that it helps conserve endangered species or offers educational benefits for visitors to zoos and aquariums. These justifications are questionable, particularly for large mammals. As my own research and work by many other scientists shows, caging large mammals and putting them on display is undeniably cruel from a neural perspective. It causes brain damage. Public perceptions of captivity are slowly changing, as shown by the reaction to the documentary Blackfish. For animals that cannot be free, there are well-designed sanctuaries

Ultimately negotiated transitions from abusive venues to well-designed sanctuaries may turn out to be the saving grace for large mammals like killer whales and elephants in captivity, including those giving rides at Amer fort in Jaipur in Rajasthan.

Shubhobroto Ghosh is Wildlife Projects Manager, World Animal Protection, India, and the author of 'Dreaming in Calcutta and the Channel Islands'