Quandaries along a journey on wildlife conservation

From the missing connect between policy makers and locals to written accounts still seen as major indicators for measuring work, many factors need urgent attention

From the missing connect between policy makers and locals to written accounts still seen as major indicators for measuring work, many factors need urgent attention 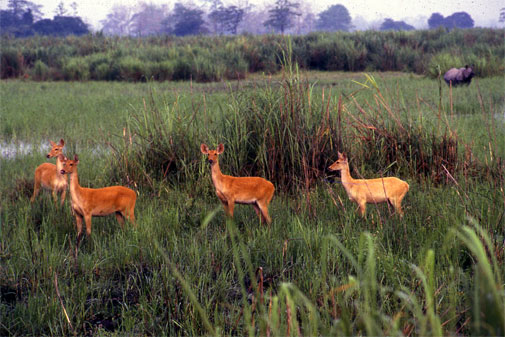 I have experienced more than a few dilemmas in the course of my journey in wildlife conservation. But I believe that conversations with people, some of whom I learn from in no small measure, have helped to enrich the journey and also underscore these quandaries.

Many of these quandaries that you will read about hereon emerge by virtue of practices widely accepted today. However, complex challenges that confront wildlife conservation presently warrant a relook at the conventional practices.

When local knowledge is looked down upon

A programme-director at a conservation organisation recently shared his experiences. He told that whenever he asks his colleagues about the next step in conservation, after camera-trapping or the use of automated cameras to capture wildlife, he, unfortunately, gets only one answer from them. In a very confident tone, they always say: more camera-trapping. This in other words means raise the intensity of coverage in the very area or cover the “next” area. Colleagues however are least keen to discuss how the information collected is to be put to use and how these efforts could lead to better conservation practices.

A discussion that was triggered on Facebook by the images of a heap of small mammal carcasses had a wildlife biologist of repute stating that “we” get to see only a few of these mammals in more than a few years of meandering in the forests, thus meaning that sighting these species is extremely rare now. How then, she wondered, are these people (read locals) able to poach so many of them? Wildlife biologists, many a time (or is it most of the times?), look down upon knowledge of locals as “anecdotal” and less reliable than “data” that professionals generate. Isn’t the above statement ironical in this context given that “data” on the species was very little while “anecdotal” knowledge led to the results; albeit sad. Have our efforts been sufficient to assimilate this knowledge from the “science” perspective? And whatever little we know, do we invest it in conservation efforts?

During a workshop at the Convention on Biological Diversity (COP 11, Hyderabad), a well-known personality had shared how the discussions in workshops, including the one we were then at, had no (or very little) connect with the policy discussions taking place on another floor. These workshops ideally are to enable participants to feed experiences, learning and good-practices into the policy-level deliberations undertaken by representatives of more than 100 nations. I then wondered if research and conservation were similarly placed at that time, with each of them operating in their separate spheres and actually not “talking” to each other.  We have had researchers stating that their recommendations are not implemented and conservationists lament lack of interested researchers willing to invest time at places that need action. As I write, I can recall the time I had recently spent with a group of colleagues. I sadly realised that there exists an “arrogance of conservation” which is not very different from “arrogance of science”, another term the group had complained of.

A professor once shared that the only acceptable proof of our actions is to write them down. If not by way of a paper in a peer-reviewed journal, then at least through an article in a magazine or a newspaper. A few minutes later, in course of the same conversation, he shared that one of the tragedies of wildlife conservation was that very a few people actually read. While neither of these lines about reading and writing was fresh nor was he (I understand) the only one who felt thus, hearing them time and again stunned me. If too many people do not read what is written by the conservationists, then why is the written work treated as a benchmark to measure any kind of work?

Now that I am talking about writing on conservation-related issues, I have to mention that a few terms that are used to explain certain issues bewilder me; especially considering that India’s linguistic wealth equals, if not exceeds, its biological diversity. Why is hunting in the tropical wet-evergreen and semi-evergreen forests of Mizoram (for example) referred to as “bush-meat”? A local person “guides” or “leads” a researcher to a specific location to enable sighting (and possibly detailed observations) of a species and shares what he or she knows of it. How can this local, in his or her backyard, be a “field-assistant”? Aren’t quite a few of our terms misplaced in today’s times?

I once overheard a senior person, based at the head-office of a very hierarchical set up, talking to his colleagues who were referred to as his “sub-ordinates”. With immense pride, he stated that theirs is the only (field) office he has visited in recent months. I was shocked at his pride in being away from the place of action. We have far more resources, including people and fixed assets, amongst others, invested in head-offices (referring to them in other ways seldom takes away the crux) at national and state capitals than at offices based at places where all the activity takes place. Social, economic, religious, political and other locally pertinent issues impact conservation within a landscape. If we think and decide from remote locations without adequately comprehending mood and pulse of the place, will we be able to influence or make the desired impacts?

I came across a piece on elephants put across the points of ecology and sociology about how we need to engage more with people and why studying ecology is not enough. It underscored the differences between the two. In landscapes like ours, can we look at ecology without including people? Aren’t people an intrinsic part of our ecological landscapes? I recall a recent conservation with a friend who raised questions over empirical theories based on work done in Africa and North America being followed in India. Wasn’t that valid as Africa and North America are different from India in many aspects like population density?

As I look forward to the next steps in the journey, I realise that change is inevitable to overcome the challenges we face today; and will take shape at its own pace. The crux lies in questions and we direly need to encourage questioning. As Bertrand Russel said: In all affairs it's a healthy thing now and then to hang a question mark on the things you have long taken for granted.