Refugees in their own home

In Kanyakumari Wildlife Sanctuary, thousands of hectares of land leased to private contractors is threatening wildlife in the region 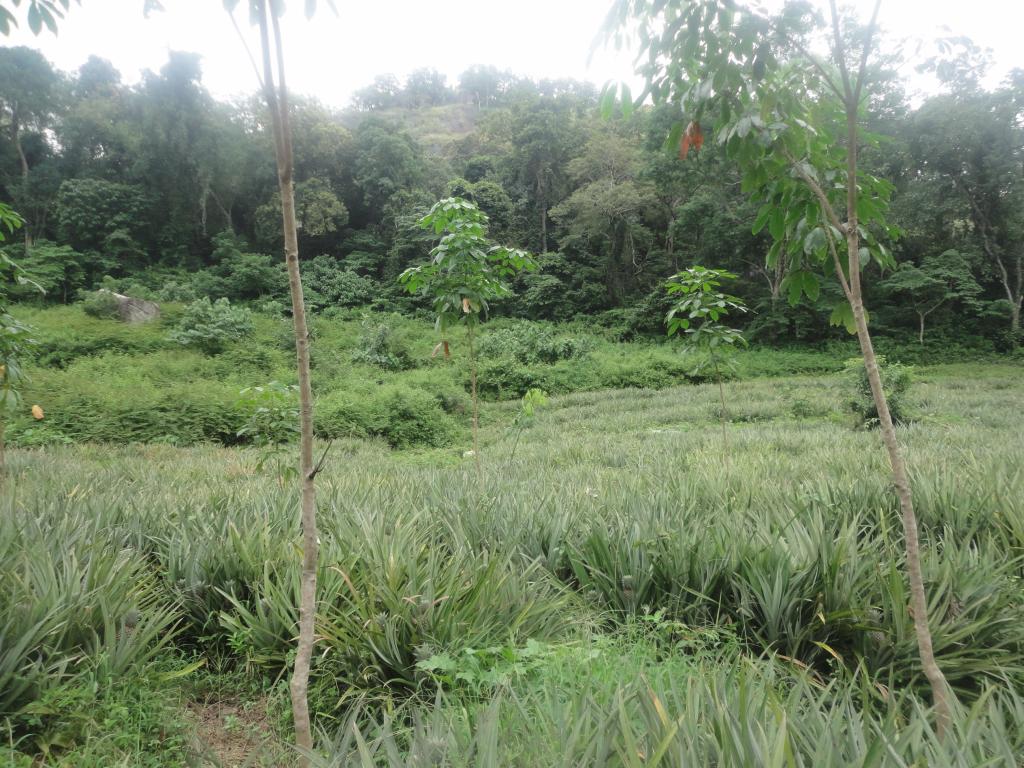 Thousands of hectares of land in rubber plantations run by state corporations are leased to contractors who grow palatable crops. This threatens wild animals in the area such as sambar and Indian bison. Credit: Author

In the heart of Kanniyakumari Wildlife Sanctuary, an ill-thought move by a rubber plantation corporation is exacerbating human-animal conflict. Crops such as pineapple, banana and tapioca are being cultivated in thousands of hectares of Arasu Rubber Corporation (ARC)’s young rubber plantations. Since the wild animals such as the Indian bison, sambar and elephant see this as food, not only do the crops get damaged, it also leads to human-animal conflict.

When I spoke with the Managing Director of ARC, he said that the plantations are leased out to private contractors only for three years and helps avoid the growth of unnecessary weeds. They add that this has been done on the suggestion of the Rubber Research Institute of India with enough security measures such as solar power fencing and elephant proof trenches. However, this is ultimately posing hardships to the wild animals in their own habitat.

Crop raiding is a major problem when agricultural crops are grown adjoining forest areas. The contractors protect their crops from the wild animals by using crackers and throwing lighted coconut shells packed with ash and dipped in kerosene oil. Animals, especially the elephants, are likely to get injured and the pachyderms in turn may become more aggressive leading to human fatalities. 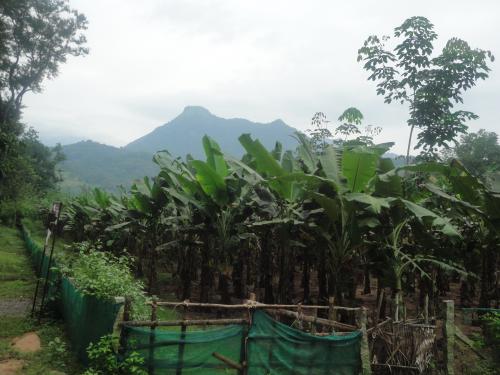 Environmentalists, naturalists and other social activists from Kanniyakumari district say that the practice of leasing out the young rubber plantations to private contractors for raising palatable crops should be stopped in order to provide an undisturbed habitat for the wildlife.

The entire Kanniyakumari Forest Division was recognised as a Wildlife Sanctuary in 2002 for better protection of wildlife and their habitats. Apart from ARC, there are three corporations under the Tamil Nadu government- Tamil Nadu Tea Plantation Corporation (TANTEA) and the Tamil Nadu Forest Plantation Corporation (TAFCORN). While the two corporations were started with the idea of rehabilitating the Sri Lankan refugees in 1960, TAFCORN was started to provide the pulpwood to wood-based industries in the state. There is no violation of Wildlife Protection Act.

Already the forests of Kanniyakumari have been fragmented badly by large number of private forests, irrigation dams, leases to different departments, encroachments, tribal settlements. Of the 11 dams in the district, 9 are located within the sanctuary. There are major encroachments like Valiya Ela that took place when Kanniyakumari district was bifurcated from Kerala state and attached to Tamil Nadu state. In addition, there are many more encroachments against which umpteen numbers of cases are pending in various courts. There are about 47 tribal settlements with agricultural lands well within the sanctuary limit.

If ARC is particular about avoiding weed growth and providing additional income, the lessees can be allowed to raise species such as citrus, chilli, capsicum, sesame, medicinal plants, which are not relished by wild animals.