The forgotten tigons and litigons of Alipore Zoo and other hybrids: Part 2

‘Species’ is a concept invented by human beings. And that concept is not clear-cut 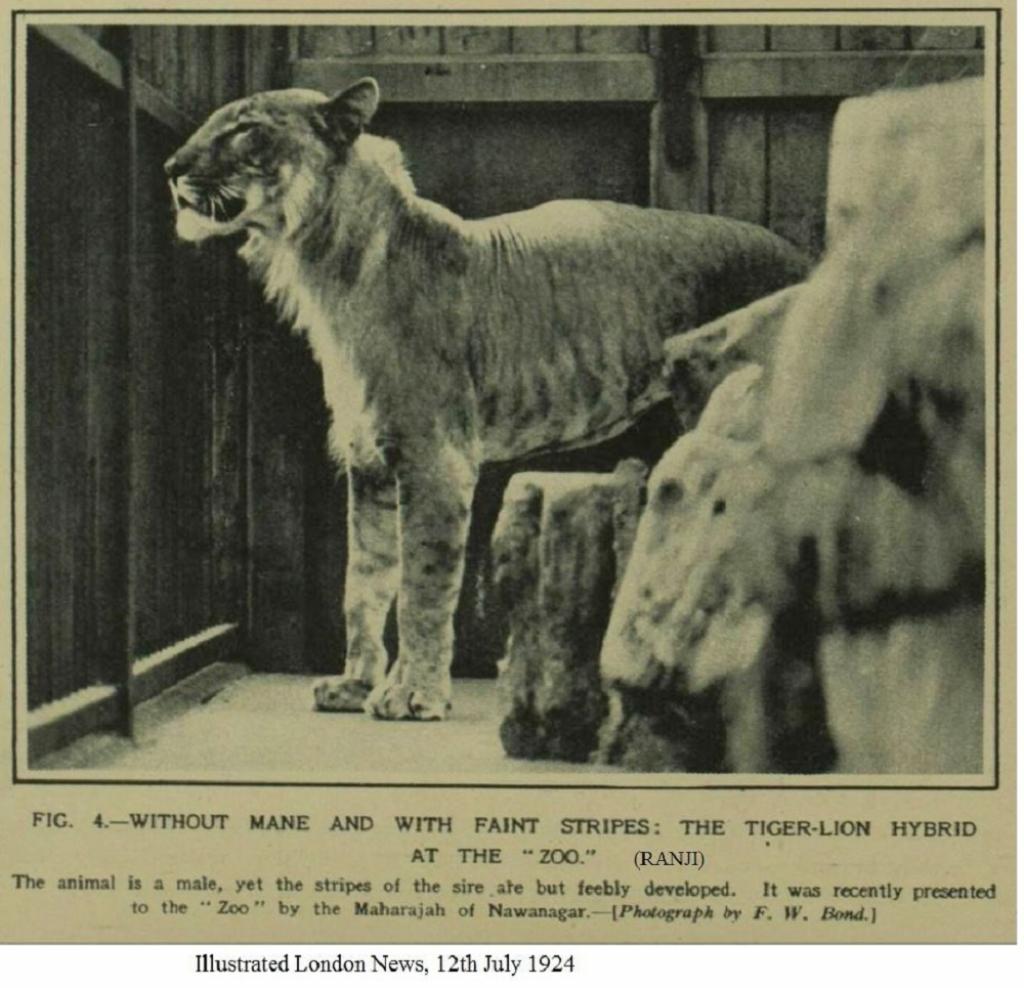 This is the second part of a series. Read the first and third part here and here

The definition of the biological ‘species’, as a fundamental category of biological organisation, has been a long-standing conundrum in biology.

The most widely accepted definition, proposed by Ernst Mayr, suggests that species, at least in a taxonomic sense, are groups of interbreeding natural populations reproductively isolated from other such groups.

This definition also explains why members of a species resemble one another closely and differ from other species in biological traits.

A number of definitions arose during the period of the Modern Evolutionary Synthesis, including Mayr’s. But, the most comprehensive and well-subscribed concept emphasised the link between species and gene pools or metapopulations.

These concepts, however, differed in certain properties deemed necessary for an independently evolving metapopulation lineage to be considered a separate species.

These alternative definitions of species demanded that one or more of these characteristics be considered necessary properties of species and this, in turn, led to debates on which metapopulations could be considered as distinct species.

A historical analysis of speciation processes shows that these so-called properties of species may have originated at different times and followed different developmental paths of evolution.

For instance, in the case of reproductive isolation, several pre- and post-zygotic mechanisms (genetic, chromosomal, morphological, anatomical or behavioural) may be responsible for species recognition and / or breeding incompatibility between members of different metapopulation lineages.

Importantly, these mechanisms could have arisen by chance — through mutations or chromosomal rearrangements and / or facilitated by migration or genetic drift.

They may have also evolved out of necessity, by natural selection, under conditions such as sympatric speciation, the process through which new species evolve from a single ancestral species inhabiting the same geographic region.

Moreover, the evolution of these mechanisms may not be related to other evolving properties of a potential species, such as shared ecological niches, monophyly or fixed qualitative or quantitative traits that distinguish a metapopulation lineage from another as distinct species.

Thus, two metapopulation lineages may have differentiated into two distinct species by any of these criteria and yet not have evolved intrinsic reproductive isolation. And this may have happened in the course of the evolutionary histories of the tiger and the lion.

Why has this first-hand evidence of the breeding viability between different kinds of hybrids failed to attract the attention of biologists? Why have these remarkable biological events not been acknowledged with the scientific importance they deserved?

The answers to these questions may constitute classic examples of the way science often progresses and reflect the sociology of scientific discovery and experimentation in particular regimes of dominant scientific ideologies.

There is need for an inquiry into the motivation and the decision-making process that led to the creation of the tigon and the litigon in the Alipore Zoo between 1964 and 1979.

Was it plain curiosity or was it a scientific endeavour to better understand mammalian genetics and evolutionary forces at work?

An official statement of the time states:

Meanwhile, attempts are afoot to induce companionship between Rudrani and an Indian lion called Devavrata. Signs of mutual acceptability are discernible and should compatibility result perchance, birth of a triple hybrid may not be that improbable as believed so far.

Amarendra Nath Guha, then director of the Alipore Zoo, was also quoted in a newspaper as saying, “(Cubanacan was) an ambitious hybrid of a type believed to be improbable so far”. 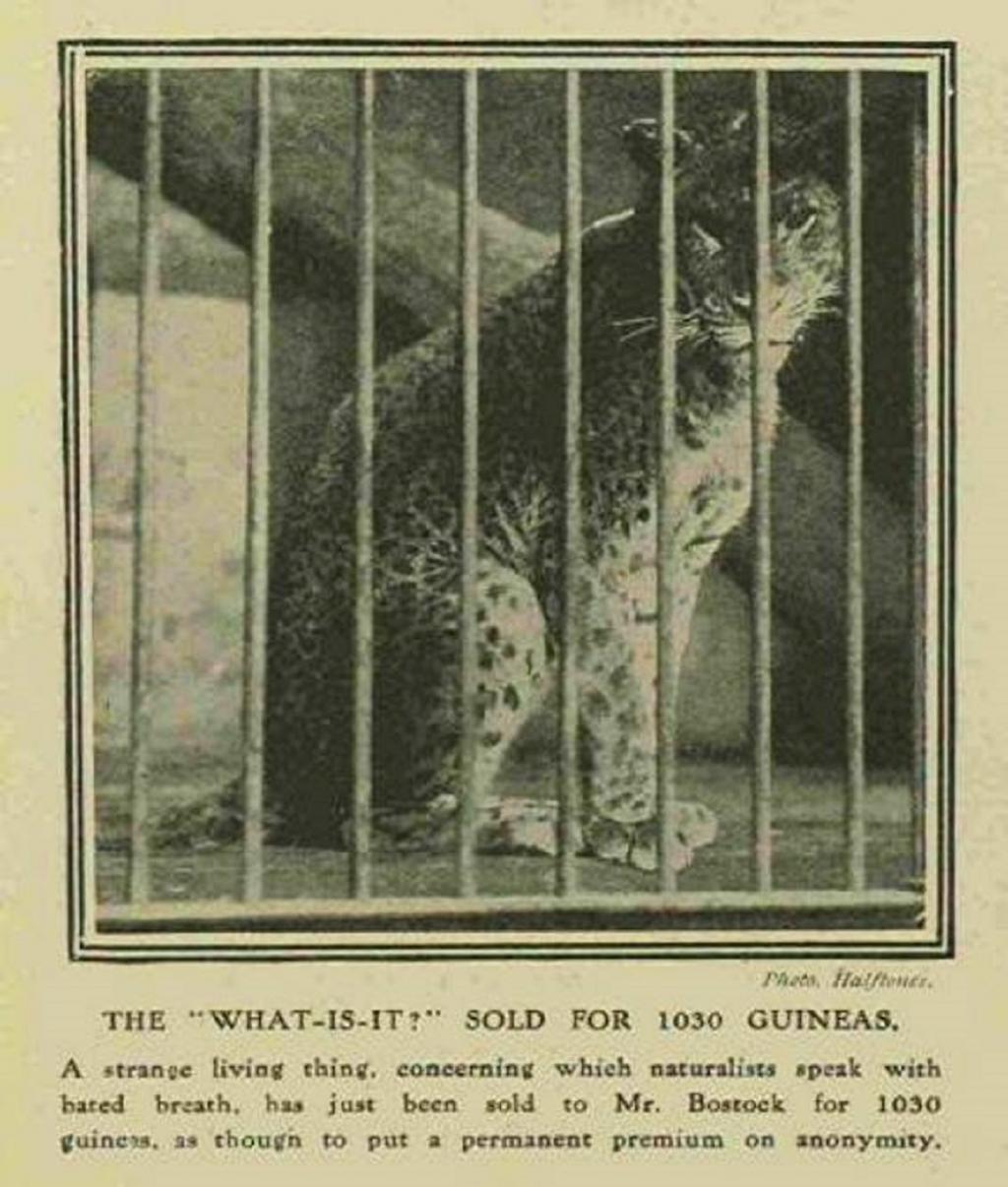 Apart from the big cat hybrids bred in Alipore Zoo in Calcutta, there is also the case of Ranji.

He was a huge male lion x tiger hybrid who was bred by Prince Ranjitsinhji, Maharajah Jam Sahib of Nawanagar in Gujarat and presented by him to the Zoological Gardens in London in Regent's Park in 1924.

The Illustrated Sporting and Dramatic News of London, November 19, 1927, carried a long article on the London Zoo tigon entitled, ‘FRIENDS IN CAPTIVITY-- VII. The Tigon. By S. L. Bensusan. Illustrations by L.R. Brightwell.’

Published by Sarah Hartwell on her website on hybrid animals, the entry states that, “This may not be the only experiment of the kind that has been carried out by the ruler through whose menagerie the tigon has reached London.”

One of the authors (Shubhobroto Ghosh) has recently been able to verify the nature of this experiment with His Highness Shri Jamsaheb Shatrusalyasinhji of Jamnagar in Gujarat.

Ranji was the product of an experiment to test the reproductive compatibility of big cats like lions and tigers and similar interests were harboured by London Zoo more than one hundred years ago.

These endeavours now carry added scientific value in the aftermath of papers revealing the hybrid origin of big cats in the wild such as the study done by William Murphy of Texas A & M University in USA in 2016.

There is now extensive evidence on other hybridisation cases between several distantly related cat species in captivity.

Many common domestic cat breeds, such as the Bengal — a hybrid between the domestic cat and the Asian leopard cat — are also believed to be of hybrid origin.

In fact, feline ancestry appears to have been shaped by natural hybridisation events throughout its evolutionary history.

Increasingly, evidence is being uncovered to show how profoundly hybridisation has influenced the natural evolution of taxa as diverse as butterflies, sharks, finches, parrots, dolphins, bears, wolves, old world primates or even modern humans.

For example, research by evolutionary biologist James Mallet shows that hybridisation between species of Heliconius butterflies seems to be a natural phenomenon. There is no evidence that it has been enhanced by recent disturbance of habitat by humans.

Molecular clock dating suggests that gene exchange by way of hybridisation may continue for more than three million years after speciation.

In addition, one species, Heliconius heurippa, appears to have formed as a result of hybrid speciation. Introgression may often contribute to adaptive evolution as well as sometimes to speciation itself, via processes like hybrid speciation.

Geographic races and species that coexist in sympatry therefore form part of a continuum in terms of hybridisation rates.

This finding agrees with the view that processes leading to speciation are continuous, rather than sudden and that they are the same as those operating within species, rather than requiring special punctuated effects or complete allopatry.

Although not qualitatively distinct from geographic races, nor ‘real’ in terms of phylogenetic species concepts or the biological species concept, hybridising species of Heliconius are stably distinct in sympatry and remain useful groups for predicting morphological, ecological, behavioural and genetic characteristics.

Interbreeding between animal species can lead to offspring less vigorous than either parent — if they survive at all. But the combination of wolf, coyote and dog DNA that resulted from a reproductive necessity generated an exception.

The consequence has been booming numbers of an extraordinarily fit new animal spreading through the eastern part of North America. Some call this creature the eastern coyote.

Others, though, have dubbed it the ‘coywolf’. Whatever name it goes by, Roland Kays of North Carolina State University, in Raleigh, reckons it now numbers in the millions.

Whether the coywolf actually has evolved into a distinct species is debated. Jonathan Way, who works in Massachusetts for the National Park Service, claims in a paper that it has.

He thinks its morphological and genetic divergence from its ancestors is sufficient to qualify. But many disagree.

One common definition of a species is a population that will not interbreed with outsiders. Since coywolves continue to mate with dogs and wolves, the argument goes, they are therefore not a species.

But, given the way coywolves came into existence, that definition would mean wolves and coyotes should not be considered different species either —and that does not even begin to address whether domestic dogs are a species, or just an aberrant form of wolf.

In reality, ‘species’ is a concept invented by human beings. And, as this argument shows, that concept is not clear-cut.

What the example of the coywolf does demonstrate, though, is that evolution is not the simple process of one species branching into many that the textbooks might have you believe.

Indeed, recent genetic research has discovered that even Homo sapiens is partly a product of hybridisation. Modern Europeans carry Neanderthal genes and modern East Asians the genes of a newly recognised type of early man called the Denisovans.

Exactly how this happened is unclear. But maybe, as with the wolves of southern Ontario, it was the only way that some of the early settlers of those areas could get a date.

Shubhobroto Ghosh is author of the Indian Zoo Inquiry and the book, ‘Dreaming In Calcutta And Channel Islands.’ He is now Project Manager of Wildlife at World Animal Protection in India

Karin Saks is a primatologist based in South Africa. Since 1997, Karin has been involved in the fostering and rehabilitation of orphan baboons, the caring of injured monkeys who have been returned to the wild and has worked towards a harmonious co-existence between these primates and humans. She has many publications on primates and has been the subject of television programmes and films