The Tawny Eagle, a raptor under threat 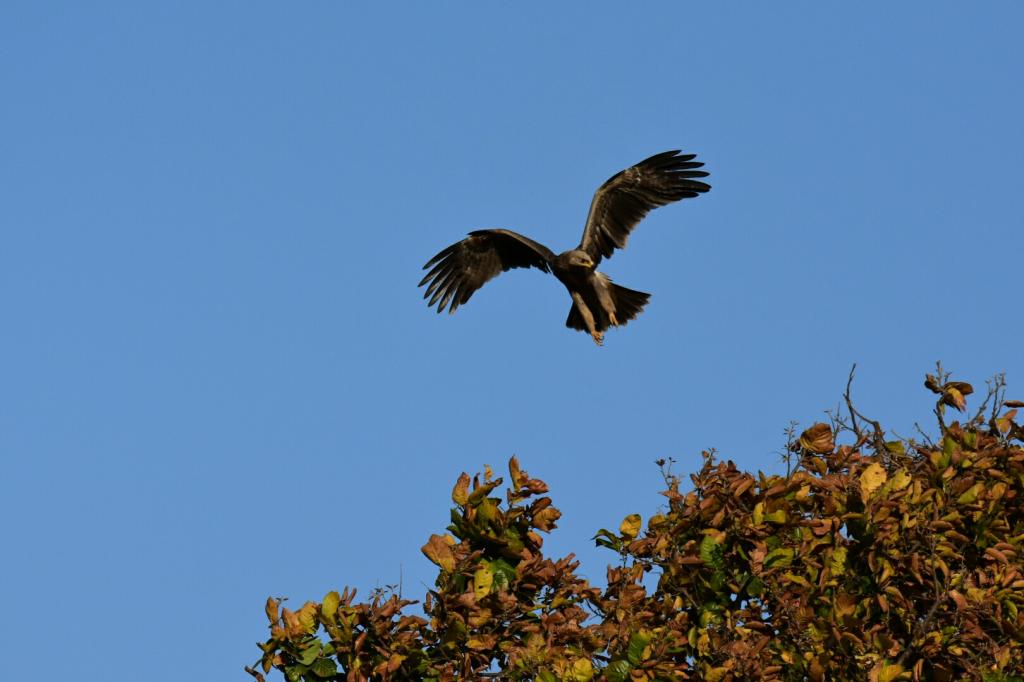 The Tawny Eagle (Aquilla rapax) is a raptor or bird of prey measuring 63-71 cm (Birds of the Indian Subcontinent by Richard Grimmett, et all).

Till 2017, the conservation status of this bird was ‘Least Concern’, which means its population density per square kilometer was satisfactory. But then, something happened and its population decreased drastically.

In 2018, the eagle was reclassified as ‘Vulnerable’. As per the International Union for Conservation of Nature (IUCN), the global population of the Tawny Eagle is between 100,000 and 499,999.

There are many factors for the decline in population. Out of these, a few are anthropogenic while others are due to behavioural traits.

One of the primary anthropogenic reasons for the decline of the Tawny Eagle is the decrease in the number of large, tall trees. The birds build their thick nests on the top of such trees. As such trees have been cut down in recent years in the name of development, the birds do not get adequate sites to nest.

In Jharkhand’s Hazaribagh town, where I spotted this bird in its nest (the sighting of a nesting pair in this part of India is very rare), the tree on which the nest was built was a mighty Sal. It was the tallest among all the trees in the neighbourhood.

Another anthropogenic reason is the lack of food caused by decrease in forest cover. Diminishing forests mean that the small animals and birds which make up the primary diet of the eagles, also vanish. Nesting pairs have to venture out to greater distances in search of food. In their absence, their chicks are sitting ducks for other birds like Kites and House Crows.

The eagles have also declined in parts due to some unique behavioural traits. The Tawny Eagle is a competitor to Kites and House Crows. This is because all three species have similar diets and thus try to get food from the same sources. Due to scarcity of sufficient food, the eagles often scavenge from Kites and House Crows. In most cases, the eagles have the upper hand because of their huge size.

Let me give an example. One morning, I was out on a routine birding trip. At about 10 am, two eagles, a nesting pair, took flight in search of food. After about two-and-a-half hours, they were able to snatch something from a group of kites and bring it to their chicks.

Such habits of the eagles mean that the kites and crows will spare no opportunity to attack the eagles and chase them from their territories.

We in India should see to it that biodiversity in our country is not disturbed so that in turn, this unique bird can survive for the future generations of our country.

The silver lining, for me, was that last year, I could document a pair of these birds who had a clutch of two chicks. This year too, I was able to locate a breeding pair at the same place.