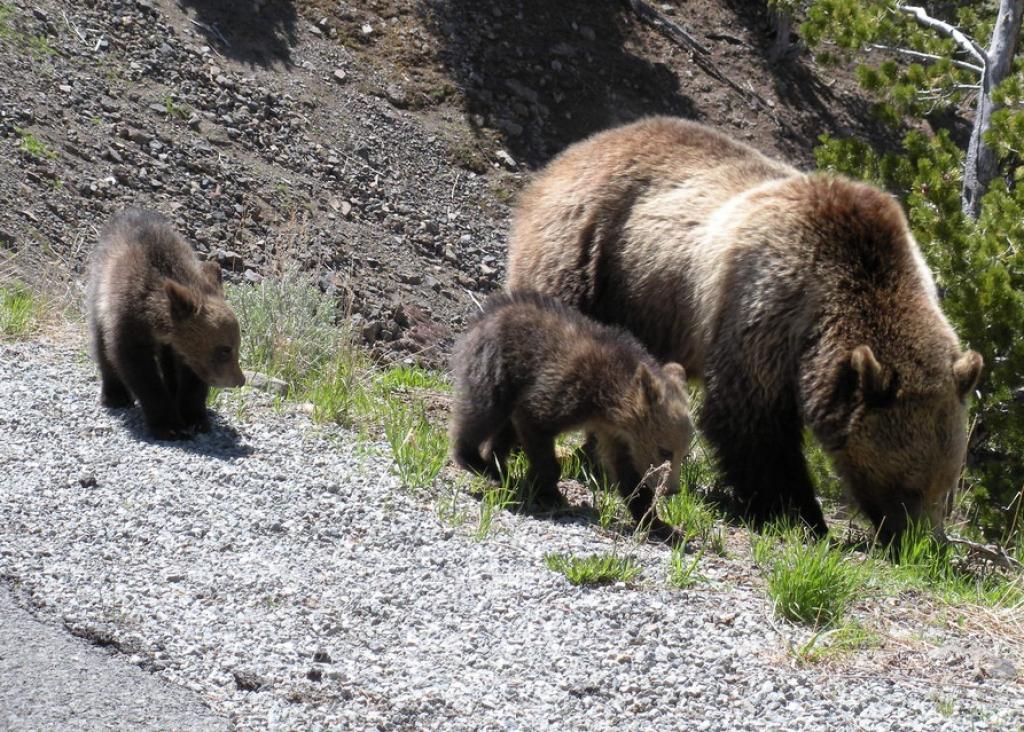 Yellowstone’s grizzly bears are icons of the American West. People come from all over the world for an opportunity to view these magnificent animals in their natural habitat. But these famous bears may soon be in trophy hunters’ crosshairs, thanks to the Donald Trump administration’s reckless decision to strip the animals of federal protections.

Tragically, hunting these bears could reverse decades of work to bring them back from the edge.

Scientists believe that approximately 50,000 grizzly bears once occupied the western United States. But a federally-funded bounty programme aimed at eradication nearly wiped grizzlies in the lower 48 states (minus Alaska and Hawaii) off the map.

When grizzly bears were first protected as a threatened species in 1975, scientists believed only 136 inhabited the Yellowstone area. Now, approximately 700 bears occupy these wild lands. This population increase is cause for celebration, but the work to recover this species is far from over.

In total, only approximately 2,000 grizzly bears live in the lower 48 states, in just five isolated populations. They occupy less than 5 per cent of their historic range. Yellowstone’s bears remain isolated and face emerging and ongoing challenges, including the loss of traditional food sources.

Yellowstone cutthroat trout, for example, have declined dramatically as a result of invasive lake trout. And whitebark pine trees, the seeds of which have been traditionally a favorite high-caloric food source for Yellowstone grizzlies before hibernation, have declined as a result of the whitebark pine beetle and blister rust disease—two problems worsened by climate change.

With the decline of these traditional food sources, bears have turned to a more meat-based diet, feeding on more elk (wapiti) and moose carcasses as well as livestock. This has increased conflicts with humans, and as a result, grizzlies around Yellowstone have faced record-high mortality rates over the past three years. In 2018, they are on pace to set yet another record-high death rate.

Wyoming proposed an aggressive grizzly bear hunting season to start in September 2018. The proposal would allow hunters to use any hunting weapons permitted under state law to kill grizzlies, including archery gear and muzzleloaders—all so they can hang a head on their wall or put a rug on their floor.

Hunters could kill up to 22 grizzly bears, more than half of which could be female. Because grizzly bears have one of the slowest reproductive rates of any mammal in North America, it can take a female grizzly up to 10 years to replace herself in the wild. Thus, the death of even one grizzly bear could be devastating for the population; the death of more than a dozen females could be catastrophic.

Under Idaho’s approved hunting season, where grizzlies remain rare, hunters would be permitted to kill one male bear. Idaho contains important connectivity corridors for grizzly bears, giving these bears an opportunity to connect with other populations—an important step for protecting the long-term genetic health of Yellowstone’s bears.

But this connection will never occur if grizzlies are shot the second they step outside of park boundaries.

Trophy hunting has no place in the American West, and we will not let these killers take our wildlife without a fight. So when the Trump Administration removed Endangered Species Act protection, the Center for Biological Diversity, where I work, and our allies immediately filed a lawsuit challenging this ill-conceived decision.

On August 30, 2018, Judge Dana Christensen in the US District Court of Montana in Missoula listened to arguments in our lawsuit before a packed courtroom. The hearing lasted nearly four hours.

Judge Christensen has not yet issued a ruling on the merits of the case. But since the hearing, he has twice granted the Center and allies temporary restraining orders that have halted the grizzly bear hunting seasons. As a result, no hunters have legally killed any grizzly bears in Wyoming or Idaho this year. We expect a decision on the case soon and are hoping for a positive ruling.

One thing is clear: the Center will continue to fight for these magnificent bears long into the future. They are an irreplaceable part of the Yellowstone area—and the entire American West.