What’s on the menu for India’s most endangered canid? 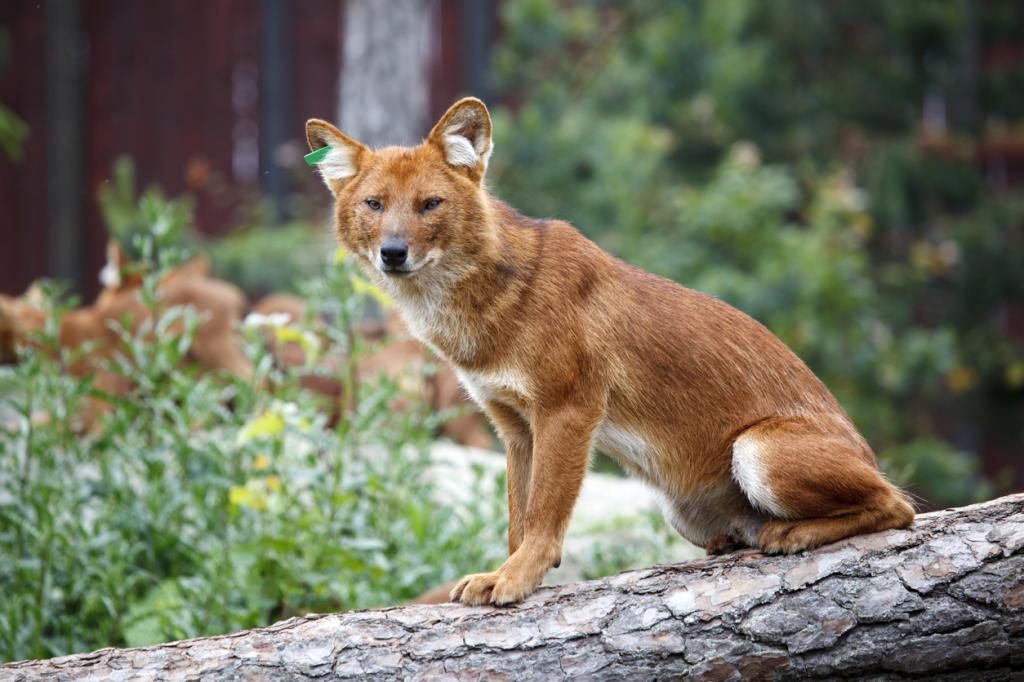 Numerous studies in the past have established that limited knowledge about the life history of endangered species is a common obstacle in addressing conservation challenges. One such enigmatic species under threat is the forest-dwelling, social canid of Indian forests — the dhole (Cuon alpinus).

It is fundamental to delve into their feeding behaviour to determine how endangered predators may be affected by ecosystem changes and their role in regulating prey populations. Wildlife biologists take great efforts to investigate the food habits of elusive animals in the wild by examining faecal remains or observing hunts.

To begin with, we need to ensure that we have correctly identified the predator's scat. Though dhole scats are easily distinguishable from other animals, we used the latest molecular tools to verify the identity of the scats genetically.

The second step was to identify the prey species from the faecal remains, which generally consist of undigested hair or bone remnants. Such hair is treated with chemicals to clean and identify the peculiar patterns of its structure under a microscope, similar to what we see in shampoo commercials.

For the endangered dhole, one of the primary reasons for the decline in the distributional range has been a decrease in the natural prey availability due to hunting, poaching and competition with livestock.

Dholes are now limited to approximately 82 per cent of their global historical range and about 60 per cent of their original range in India. Although dholes were treated as vermin and persecuted across India during British rule, the country still holds the largest remaining dhole population in the world.

Primarily spread across three landscapes — the Western Ghats, Central India and the North East — the dhole populations in the tropical semi-deciduous forests of central India form a critical stronghold for the species.

Along with dholes, the landscape is also home to large co-predators like tigers and leopards. In our latest research, we find out how dholes sustain in the forests of the Eastern Vidarbha landscape with high co-predator densities.

On examining the faecal remains or 'scats' of dholes, our findings indicate that throughout the landscape, the two wild ungulates – sambar (61.08 per cent) and chital (19.08 per cent) are the primary prey of dholes.

We also studied the diet composition of dholes in individual protected areas (PA) as it would reflect geographical differences among populations.

We found that Umred Karhandla Wildlife Sanctuary (UKWLS) the most number of species hunted by dholes (niche breadth). Here, sambar (23.20 per cent) and nilgai (22.50 per cent) were the most important prey.

As the rugged landscape of STR has naturally low densities of gregarious, grassland species like chital, we found chital contributed only 2.62 per cent of the prey biomass. The sambar, wild pig and gaur cumulatively comprise the majority (78.02 per cent) of the dhole diet in this reserve.

As in the biomass of prey consumed, the availability of prey to a predator is also calculated using species-specific biomass equations and preference indices. These methods help ecologists understand whether a prey species is harvested more than its availability to a predator.

Prey harvested more than is available to a particular predator is considered 'preferred' over more abundantly available prey. Once again, sambar was the most preferred prey of dholes, followed by chital at the landscape scale.

The endemic four-horned antelope (Tetracerus quadricornis), or chausingha, was also preferred, suggesting it is found in good densities in the study area.

Our findings indicate that among the PAs, smaller prey comprised a significant part of the biomass in forests like UKWLS. In contrast, they were not a substantial part of the diet for dholes in Tadoba Andhari Tiger Reserve (TATR) and Nawegaon-Nagzira Tiger Reserve (NNTR).

The contrasting results could be due to a combination of factors such as high co-predator densities, small size of PA, lack of high densities of alternative prey in areas like UKWLS or simply individual choice.

As this was a long-term study, we had the rare opportunity to record numerous dhole hunts, primarily in TATR and NNTR.

Observing kills helps ecologists to understand further details of diet composition in terms of age, class, sex and health status of prey killed, which could be missed merely on the investigating scats.

We found that dholes killed more chitals, followed by sambars, wild pigs, nilgai, barking deer, among others. In NNTR, sambar and chital adults were killed relatively more, whereas comparatively more fawns were harvested in TATR.

Our research suggests that reduced intra-guild competition due to extremely low densities of a dominant predator like the tiger, and not just large pack sizes, may enable dholes to hunt large prey in NNTR.

The minimal contribution of cattle to the dhole diet suggests that dholes depend heavily on wild ungulates. Our study reiterates the importance of conserving wild ungulates to sustain healthy dhole populations as, unlike other predators, they may be unable to effectively exploit alternate resources.

Ours is the first diet study from a region with one of the highest dhole occupancies within India. It fills a critical gap in the dhole diet literature from the country.

Pallavi Ghaskadbi is a PhD scholar at the Wildlife Institute of India interested in animal behaviour, movement ecology and human-wildlife conflict