Why are rail projects above scrutiny in India?

While we have “Project Elephant”, India fails to protect the animals from being mowed down by trains 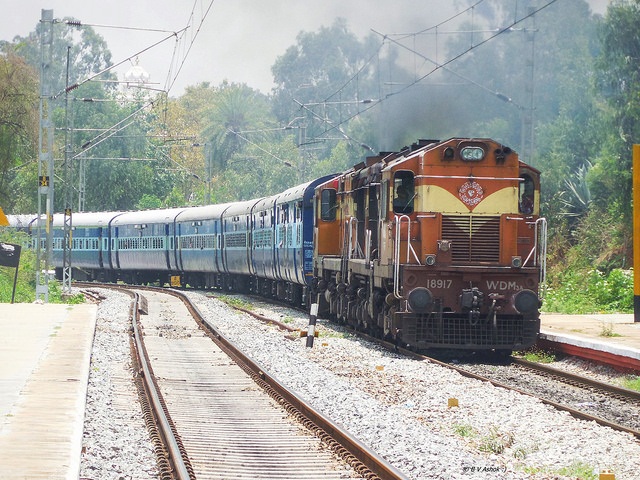 The Department of Environment (DOEn) was set up by former Prime Minister Indira Gandhi on November 1, 1980.

Over the past 35 years, it got a new name and identity after being expanded into the Ministry of Environment, Forest and Climate Change and shifted from Bikaner House, Shahjahan Road, to CGO Complex on Lodhi Road.

It is relevant to point out that in the Forest Conservation Strategy and Policy Statement on Environment and Development published in June 1992, there was a mention about the need to assess development projects on the “potential of rendering long-term sustainable benefits to the society at large”.

In the same document it was listed under the “Action Taken” section “establishment of procedures for environmental impact assessment and clearance with regard to selected types of projects requiring approval of the Government of India (vide 3.0).

It was also mentioned in the same section that prior clearance of projects requiring diversion of forests for non-forestry purposes under the Forest (Conservation) Act, 1980 as well as formulation of environmental guidelines for such projects is needed.

The Environment Protection Act was passed in 1986 and using the power of the very same, the Environmental Impact Assessment (EIA) notification was issued on January 27, 1994 and later amended on May 4, 1994.

Are railways being favoured?

The said notification under Schedule 1 provided a long list of projects requiring environmental clearance from the central government.

In 2006, the Government of India published a new National Environment Policy under substantive reforms (Section 5.13) and mentioned about continuing EIA as the principal methodology for apprising and receiving new projects seeking environmental and forest clearances.

It was also mentioned that “there would be significant devolution of power to the states and Union Territories, subject to adequate development of human and institutional capacities”.

These revisions were made on the basis of a review by the Govindarajan Committee (vide p.18). When comments were invited on the draft National Environment Policy, 2006, the present author pointed out the urgent need for reviewing the list of sectors for compulsory EIA before any new project is approved and specifically pointed out the need to include “railway projects” under the EIA’s purview.

Surprisingly, no reaction was forthcoming even though media reports revealed controversy over the Goa-Konkan railway project in the west and the metro railway project over the “Adi Ganga” bed in Kolkata.

Since railways fall outside the purview of the EIA, public interest litigations are rejected in the court of law.

When change of narrow gauge to broad gauge railways passing through prime forest areas in North Bengal was proposed by the government, concerned citizens strongly opposed the idea.

The court provided a precautionary directive of do’s and don’ts to the railways, but allowed the changeover nevertheless.

It resulted in the killing of 40 elephants on the route from New Jalpaiguri to New Alipurduar over the past five years, which is five times higher than the death of these animals during the narrow gauge period.

Incidentally, India boasts of “Project Elephant”, which is aimed at protecting the magnificent mammalian species.

The country has included elephants under Schedule 1 of the Indian Wildlife (Protection) Act, 1972 as amended till date. Ivory trade is also banned.

However, when conservationists voiced their protest against the rampant killings of elephants by the railways, a mutual blame game was witnessed between the forest department and the latter.

To top it all, as per media reports, clearance has again been given to the railways to extend a line through the sensitive Mahananda Sanctuary right up to the hills of Sikkim. Voices of protest have fallen on deaf ears. However, the project has not yet taken off.

The question remains as to why the Indian Railways is allowed to wield the same power as it had done during the British rule? Why railway projects should not be critically examined for environmental and forest clearances, if “highway projects” are subjected to the same?

It’s high time to have an answer. After all, we all boast of being born in the largest democracy in the world!