As most canid habitats are in human-dominated landscapes, we must modify our notion of ‘conservation’ so that both, wildlife and humans benefit

India boasts of a high diversity of wild carnivores — from tigers in the tropical forests, snow leopards in the high Himalayas, wolves in the Deccan grasslands, to sloth bears in the dry jungles.

In fact, the country hosts about 23 per cent of the world’s terrestrial carnivore species. It is remarkable that these carnivores, in fairly high numbers, share space with a population of 1.3 billion people. This is a rather unique phenomenon, seldom seen elsewhere in the world.

The word ‘carnivore’ justifiably evokes images of elusive tigers or leopards in deep forests. But several carnivore species thrive in atypical habitats; wild canids and hyenas being a case in point. 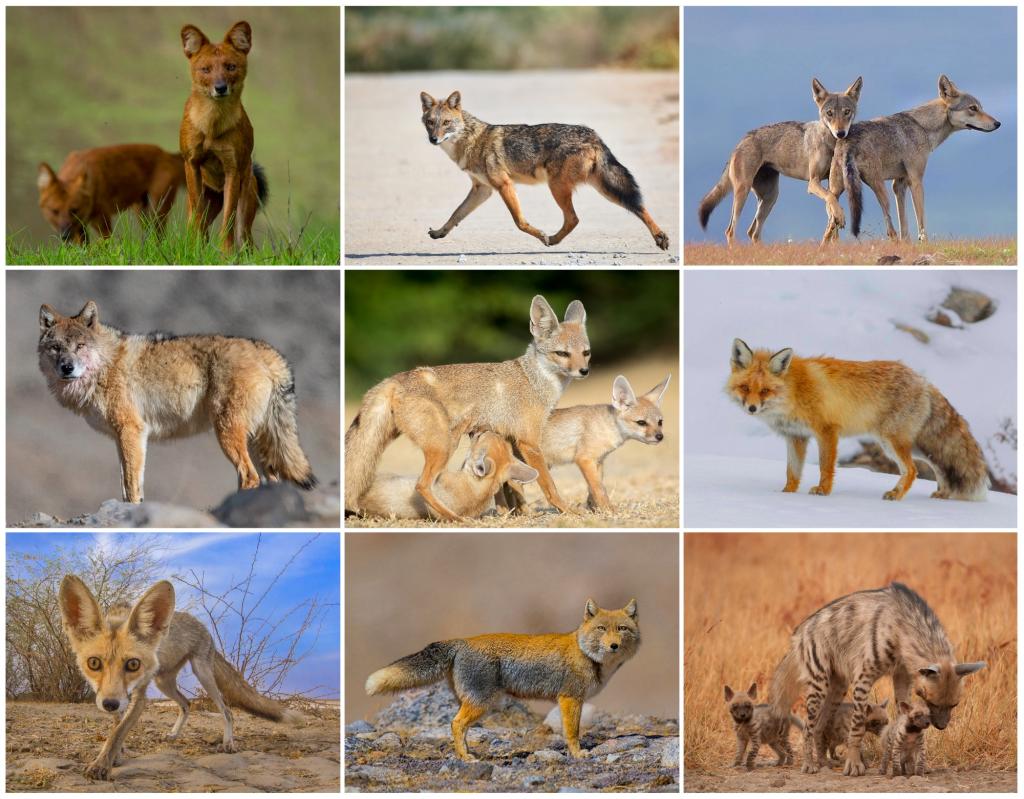 Given the general lack of information on India’s wild canids and hyenas, a recent study conducted as part of the Wild Canids–India Project, used a combination of methods like citizen science, social media, literature surveys and governmental open-source databases to map the distribution of canids and hyenas.

The study also sheds light on the importance of diverse, fragile, and hitherto under-represented natural habitats that are not necessarily forestlands.

The past decade has witnessed a massive growth in the number of naturalists, wildlife photographers and conservation enthusiasts in India.

This, in tandem with the advent of social media and wide access to the internet, led to a spike in web-based platforms for sharing wildlife images and associated information.

Citizen-scientists are increasingly playing a pivotal role in biodiversity monitoring and information-sharing through these platforms (for example, see eBird India and Hornbill Watch), adding a new dimension to ecological and conservation research.

With a woefully small number of scientific studies of wild canids and hyenas generating information, the Wild Canids–India Project relied on citizen-science surveys and images shared by wildlife photographers on social media to map carnivore distributions.

Towards the end of the survey, the project had received ~4,500 records from citizen scientists, and an additional 1,500 records from information shared on platforms like Facebook, Instagram, India Nature Watch and other web-portals.

The project sets an example for a decentralised process of data collection using information from India’s passionate naturalists, nature enthusiasts and wildlife photographers. This approach could complement government-driven initiatives through building a monitoring system with localised efforts, fostering citizens’ involvement in scientific research while also garnering public support for conservation.

Besides the obvious conservation concerns, one should also be cognizant of the pressing economic and infrastructure needs of a developing nation with over a billion people and a rapidly expanding economy.

Based on this, the authors identify taluks / tehils across the country that need to be demarcated and protected as Canid Conservation Units (or CCUs). If prioritised and carefully protected, the CCUs could potentially safeguard around 23,830 sq km of grasslands, 99,950 sq km of scrublands, 124,450 sq km of open habitats or ravines, and 232,430 sq km of forests — together with the current Protected Area network.

All things considered, the current Protected Area system is largely forest-centric and does not adequately cover or represent India’s diverse habitats.

Because most canid habitats are in human-dominated landscapes, there is a need for modifying our notion of ‘conservation’ such that these lands are equitably regulated to protect species and their ecosystems without restricting sustainable use of resources by communities.

Conserving India’s wide diversity of habitats can greatly benefit from recognising representative species as icons. Wild canids and hyenas can serve as invaluable flagships in this endeavour.