Of 21 venues housing 509 elephants, 45% were kept in severely inadequate conditions 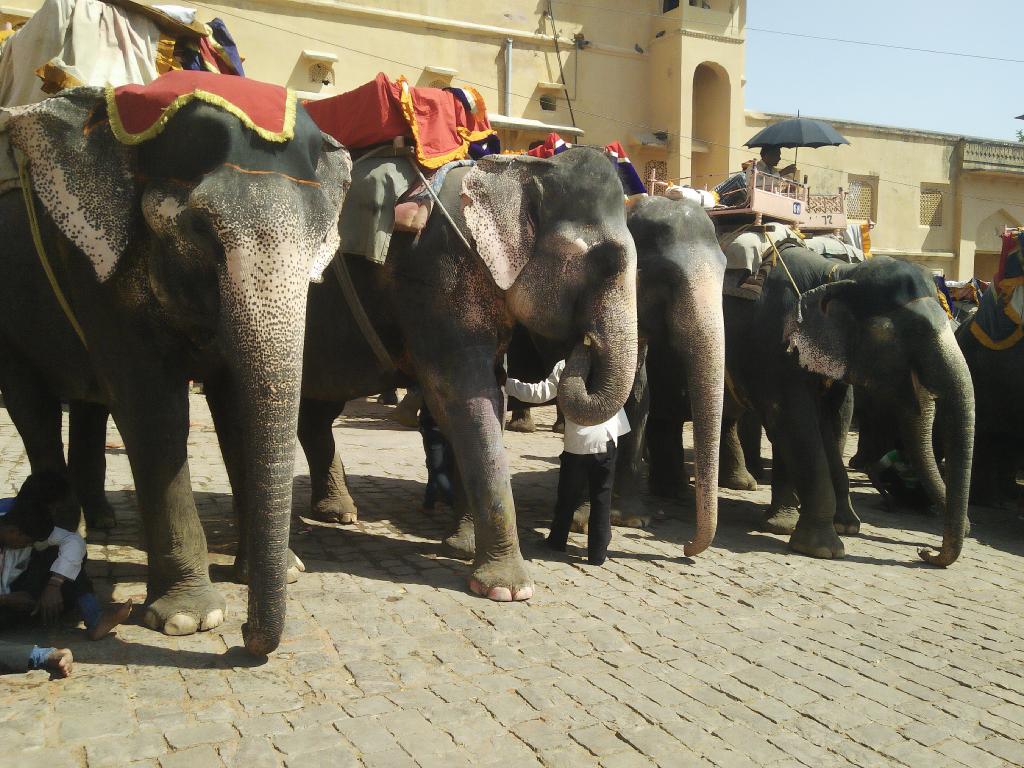 “The days were serene and always enjoyable. I was surrounded by my parents and relatives. My mother was the leader of my herd and I was endlessly caressed and fondled. There were baths in the rivers and tug of war matches with my cousins. We roamed for miles every day.

Sometimes, I would feel tired and lie down while my family waited for me to gather my strength. We would feed for a major part of the day, and I would browse from vegetation and break leaves and trunks full of leaves that I could chew on.

But all this changed one day when a bipedal creature shot my mother and killed her in front of my eyes. It was a trauma I was brutally subjected to and can never erase from my mind. I was separated from my herd and felt a dart pinch my body.

Everything went black as I lost consciousness, only to wake up in a wooden stockade. And the unrelenting nightmare began.

Prolonged starvation, repeated beatings and being spoken to in an alien language became a part of my daily routine. My spirit was wild, but I realised it was being purposefully broken. After all, there is only so much that the physical body can endure.

Eventually, I had no other option but to cave in and give in to the commands of the curious bipedal animals.

Thereafter, I was subjected to a training schedule that offered me food only if I obeyed commands. Through the mists of this tortuous process, I was compelled to understand nuances of the language of these bipedal creatures that are known as humans.

Then I was dragged into the maddening noise, traffic and pollution encumbered surroundings of a place known as a city where I was deposited in a venue full of other animals.

Some memories of my days in the pristine forest returned, except for the fact that the animals here were all captive. Some were in cages, some were in chains, some were in moated enclosures and yes, some were performing tricks at the command of the bipedal humans.

I eventually became one of those performing tricks in front of hordes of shouting children. It was during these performing episodes that I would think of my family in our forest home. The sight of children evoked memories of my cousins and family I lost a long time ago. Long, long time ago…” 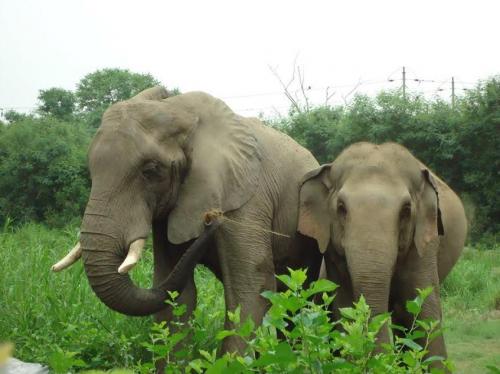 The monologue above is imaginary, but if an elephant could speak, it would not be preposterous to assume that his thoughts would echo the ones stated above.

When the elephant was declared as the National Heritage Animal of India in 2010, there was jubilation and anticipation for better treatment for the creature — depicted in Indian mythology and folklore as Ganesha — both in the wild and in captivity.

The Gajah report published in 2010 laid down elaborate recommendations for improving management of wild and captive elephants in India. However, 10 years down the road, it seems we have a long way to go to ensure the best possible treatment for elephants living freely and in captivity.

These trends are expected to get worse as venues try to fill the income shortfall following the novel coronavirus disease (COVID-19) pandemic.

The third edition of the report, Elephants, Not commodities, was released on August 12, 2020, on the occasion of World Elephant Day. It compared research spanning a decade into elephant tourism, assessing venues across Thailand, India, Laos, Cambodia, Nepal, Sri Lanka and Malaysia.

According to the report, India is home to the second-highest number of elephants used in tourism in Asia. It found that of the 21 venues housing 509 elephants, 45 per cent (225) of the elephants were kept in severely inadequate conditions.

“The findings of this report are truly shocking. In India, elephants are revered and are considered a heritage animal. And yet, there are 21 venues housing over 500 elephants for entertainment of people. Elephants belong in the wild. I urge the Union government to effectively enforce existing wildlife protection laws to stop trade of wild animals and wild animal products,” said Gajender K Sharma, country director, World Animal Protection India. 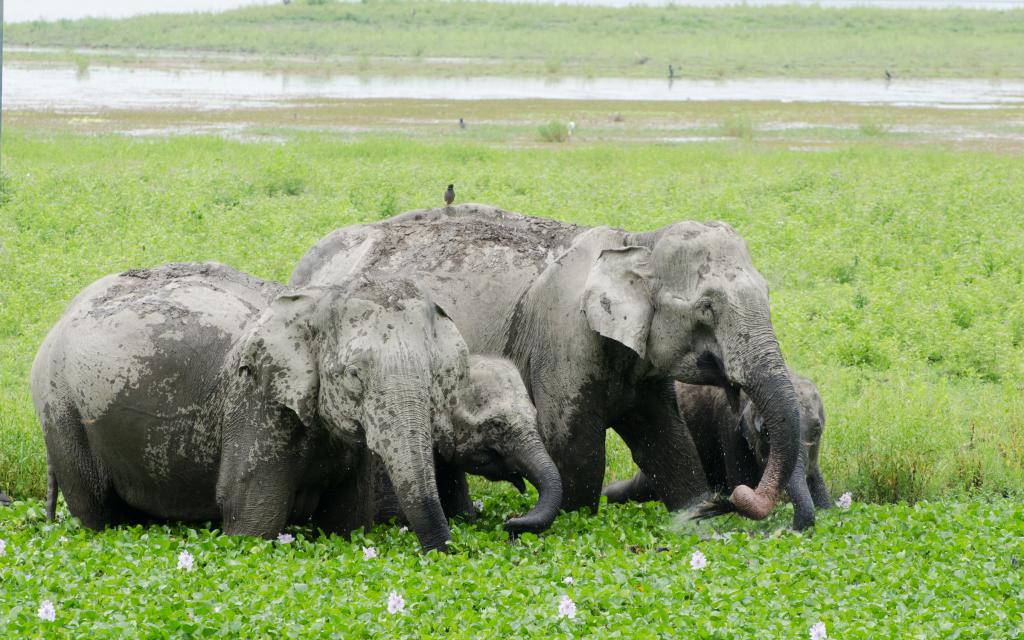 The organisation has been working to phase out elephant rides at the Amer Fort in Jaipur, where over 100 elephants are providing daily rides to thousands of tourists.

Across Asia, there are over 3,800 captive elephants in 357 elephant tourism venues. Thailand is home to three-quarters of elephants and has seen a 70 per cent increase in their number in 10 years alone.

Wild animals are traded for the purpose of our entertainment, for medicine and are treated as products. This cruel trade causes the suffering of millions of animals and endangers the health of people with pandemics like COVID-19. It also has a terrible impact on our environment.

“Tourists need to know the truth — any elephant that you can get close enough to touch, is an elephant that’s been subjected to horrific abuse. It’s not just riding and circus-style shows that involve suffering — it’s the bathing and selfie opportunities that you might find at so-called sanctuaries, orphanages or rescue centers. This isn’t innocent fun. This is cruelty,” said Audrey Mealia, Global Head of Wildlife at World Animal Protection.

World Animal Protection has also launched a global appeal to ban the trade of wild animals. The organisation is appealing to the leader of G20 nations to agree for this global ban when they meet for the G20 nations summit in November.

The organisation has been urging Prime Minister Narendra Modi to support the global call for a wildlife trade ban when he represents the country at the G20 summit.

It has also requested the World Health Organization to permanently ban all wildlife markets around the globe in the wake of COVID-19 pandemic and to take a precautionary approach to wildlife trade.

The aggravated risk to human health caused from close contact to wild animals in the wildlife trade and in entertainment can no longer be ignored.

World Animal Protection is calling on everyone, from holiday makers, to tourist operators, to take responsibility and put an end to the exploitation of wild animals forever — less demand will mean less elephant suffering.

It hopes for a day when all captive elephants in abusive situations are retired in elephant-friendly sanctuaries, where they enjoy good care for the rest of their lives.

If that happens, the imaginary protagonist of our story in the beginning might be able to speak in the vein of Anna Sewell in Black Beauty in 1877:

My ladies have promised that I shall never be sold, and so I have nothing to fear; and here my story ends. My troubles are all over, and I am at home; and often before I am quite awake, I fancy I am still in the orchard at Birtwick, standing with my old friends under the apple-trees.

Join us and ask Prime Minister Narendra Modi to support the call for an end to global trade of wild animals. Sign this petition here -  https://www.worldanimalprotection.org.in/end-global-wildlife-trade-forever

Shubhobroto Ghosh is Wildlife Research Manager at World Animal Protection and author of the book ‘Dreaming In Calcutta And Channel Islands.’