The US' outlook on patents 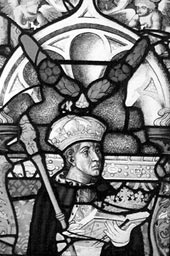 In 1449, England's King Henry VI commissioned Flemish glassmaker John of Utynam to make stained glass windows at Eton and Kings colleges, and to teach his craft at the two institutions. In return the glassmaker asked the English monarch to grant him exclusive rights to manufacture stained glass -- a process he claimed to have invented. By a royal order of April 3, 1449, John was granted this right for 20 years. That was the world's first formally recorded patent.

Curiously enough, no more patents were granted in England in the next hundred years or so. But Queen Elizabeth granted over 50 such rights between 1561 and 1590. The recipients could exercise monopolies in the manufacture and sale of commodities such as soap, alum, leather, glass, knives, starch, iron and paper. Granting patents was deemed a royal prerogative in absolutist England; ironically they were also flouted with impunity. By early seventeenth century, the royal court had to handle a growing number of patent-related litigation. And in 1602, in a case between playing card manufacturer Darcy and Warren Allin, Judge Edward Coke, gave the first formal definition of a patent. He said, "When any man by his own charge and industry, or by his own wit or invention doth bring any new trade into the realm, or any engine tending to the furtherance of a trade that never was used before; and that for the good of the realm; that in such cases the king may grant to him a monopoly-patent for some reasonable time."

The statement was later incorporated into the patent laws of the all13 British colonies in North America and has even inspired independent usa's outlook on patents. Article 1, Section 8, Clause 8 -- the Intellectual Property Clause -- of its Constitution states, "[the] Congress shall have the Power to promote the Progress of Science and useful Arts, by securing for limited Times to Authors and Inventors the exclusive Right to their respective Writings and Discoveries." The similarities between Judge Cooke's statement and that of the framers of the us constitution are quite obvious. Writes historian Morgan Sherwood, "The idea of a patent system came to the New World with English immigrants. Naturally the American system reveals a concern for the rights of the inventor and the society."

Shortly after the First Congress assembled in1790, a bill was presented to comply with the Intellectual Property Clause as well to address President George Washington's concerns that a patent law be enacted. The Patent Act of 1790 was in large measure crafted by the then secretary of State Thomas Jefferson. It incorporated many of his beliefs including a requirement that applications be accompanied with a model demonstrating the workability of a patentee's ideas. Jefferson believed that ideas should not be patentable; rather patents should be issued only for physical inventions. Another important clause was the disqualification of foreign patents; Jefferson believed that only American citizens should be afforded patents.

The first American patent law limited the life of patents to fourteen years, with no extension. This irked several inventors who wanted extended protection, since it often took years to commercialise inventions. In 1812, one anguished inventor Eli Whitney wrote to Congress that he could not enjoy his cotton gin patent because of time-consuming litigation against numerous violators; by the time the courts ruled in his favour, the patent had already expired. The us Patent Act of 1836 addressed such concerns; it maintained the life of a patent for fourteen years, but allowed extension of an additional seven years with the patent commissioner's approval. The Act also set up the us patent office. It also allowed foreigners to apply for patents, but at an exorbitant cost: us $500 for Englishmen and us $300 for all other foreigners, against us $30 for us citizens.