A memo to the government

To be a truly participatory republic, India must take tutorials from these tiny republics

A memo to the government

“I wish, therefore, that the village constitutions may never be disturbed and I dread everything that has a tendency to break them up.” 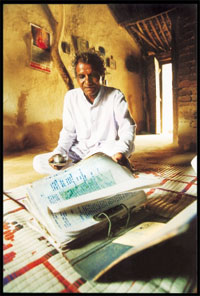 Report, Select Committee of the House of Commons, 1832 There is an urgent message emerging from all these villages: deregulate the behemoth called the Indian government. The same message is echoed by the three million panchayat representatives in India. The village republics have demonstrated how it can be done. In March this year panchayat leaders from across the country met in New Delhi and set a deadline to the government to transfer control over village resources like minor forest produce and waterbodies to the gram sabha by December 31, 2002.

If the government has not taken note of the village republics, the experiences of Madhya Pradesh (MP) and Kerala are lessons to be learnt of how decentralisation can be achieved. In MP, power has been given to the gram sabha and its recommendations are binding on the gram panchayat.

Starting from minor forest produce to minor minerals, the gram sabha has been given the power to control and manage these resources. Further, the state has also introduced a provision of right to recall in its panchayat act for the gram sabha, under which members can recall their leaders for not performing. This serves two purposes: first, people participate in governance and secondly, ensure that their leaders implement their development agenda effectively (see box: An act of accountability).

This step is to make the crucial shift from the representative democracy to the participatory democracy. The provision in the Rajasthan Gram Dan Act that no executive member of the village’s executive body can contest general elections also aims for this. The Maharashtra government has also plans to introduce the right to recall. The assembly is yet to approve this. “We have ensured that these structural changes take place for the local self-governance. Once empowered with legal backing, people will start exer-cising their power,” says MP chief minister Digvijay Singh.

His confidence comes from the Kerala experience. Kerala, under the people’s planning process in the Ninth Five Year Plan, gave all powers to the gram sabha and found a marked difference in the development of the state. Under decentralised planning, the gram sabhas accorded priority to water and housing, which were never on the top agenda of the state government’s planning process. “Empowering gram sabha will lead to the real betterment of the people,” says Isaac Thomas, the architect of Kerala’s decentralised planning.

Recent court judgements are also an indicator that only gram sabha can bring back democracy to the last level of governance. In April 1996, the Maharashtra High Court asked the state government to form a committee to transfer rights of people over forest in Gadchirolli and Chandrapur districts. The case has its origin in Mendha. The committee has recommended revival of the village forest and to give all rights to the village. “The committee’s recommendations, if implemented, would make Maharashtra the first state in the country to actually transfer all Nistar rights to the tribals in the scheduled areas,” says Mohan Hirabhai Hiralal, convener, Vrikshamitra, a Chandrapur-based NGO and one of the two non-government members of the committee. Similarly, in February 2002, the Andhra Pradesh High Court scrapped an irrigation project in east Godavari district as it was not permitted by the gram sabha.

But empowering gram sabha must also be accompanied by suitable legislative changes. The government wields extraordinary power through the numerous laws to establish monopoly over resources. This needs to be suitably amended so that the panchayats can exercise control effectively on subjects legally under their control. But the cases of MP and Kerala reveal that even just empowering gram sabha can help override legislative barriers. For example in Kerala, many villages defied government regulations to install small hydropower projects sanctioned by the gram sabha.

The self-ruled villages reported in this article are examples how with people at the helm of affairs can effectively fight government regulations. “These are simple amendments but have wider ramification for the livelihood of millions of forest dwellers,” says Dillip Singh Bhuria, who was the chairperson of the parliamentary committee on panchayati raj.

Time is running out. Villages after villages across India are crying for decentralised governance. The government must learn from the experiences of the past and devolve power, so that the fruits of development reach the last person in the village. If the government does not wake up, it will be too late. 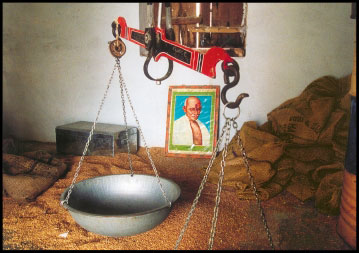