The issue of leadership and management of R&D institutions proves to be a stumbling block in making such bodies more productive. 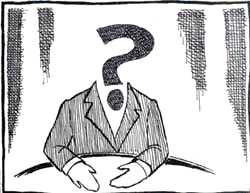 IN THE wake of economic liberalisation, the need to streamline the country's research and development (R&D) institutions acquires a sense of urgency. However, ongoing protests by scientists at two leading institutions over who should head these bodies highlight the difficulties of implementing such measures.

In the first case, relating to the Telecom Commission, 40 telecom unions protested in the third week of August the announcement that the former secretary of the department of electronics (DoE), N Vittal, was to be appointed the chairperson of the commission from October. Leading the protestors was the powerful Indian Telecom Services Association (ITSA), which shot off two memoranda to prime minister P V Narasimha Rao the following fortnight, expressing its opposition to Vittal.

The ITSA feels that the commission chairperson should be selected from among the engineers of the Indian telecom service. ITSA president N C Gupta quips, "Do you think any IAS officer in the country will have the capacity to grasp the intricacies of a service that, on the one hand, deals with technologies going back to the early 20th century and, on the other, with those that look forward into a digital world?" What has raised the hackles of the telecom workers, however, is Vittal's intention to privatise vital sections of the country's telecom sector (See box).


At GSI, members of the Scientific Officers Association (SOA) protested in the second week of September the appointment of D B Dimri, an instrumentation engineer, as the acting director-general of GSI. They argued that only a geologist should head the GSI. Says SOA president Amit Kumar Ray, "Of GSI's 3,000 scientific officers, 75 per cent are geologists. By denying a geologist the top post, the government has wounded our professional pride. We plan to launch a nationwide agitation if Dimri's appointment order is not revoked." (See box)

The protests have been a cause of concern for the government because it is the largest employer of the nearly 4 million scientists and engineers in the country. Says Union minister of state for science and technology P R Kumarmangalam told Down To Earth , "The incidents reveal that some of the mindsets that we have to change, in order to motivate the Indian scientific community to be more productive, are actually going to be unexpectedly obdurate."


The private sector, too, is keen that the Indian technology should become more competitive. Says Rahul Bajaj, chairperson of the automobile behemoth Bajaj Auto Ltd, "buying technology from abroad may not be the answer in the long term". A H Tobbacowala, chief executive officer of consumer durables manufacturing giant, Voltas Ltd, is of the opinion that since industry supports basic research "only to a limited extent, it could certainly benefit from applications of the research" carried out in the country's premier institutions. The problem is ensuring improved performance by scientists and engineers.

Meanwhile, the IAS lobby asserts that compared to a scientists, a bureaucrat would have better understanding and skill to change the functioning of a large government-funded organisation. It is for this reason, says an additional secretary in the DoE, that "You can expect Vittal to be more successful than Sam Pitroda in reinvigorating the telecom sector."

But S K Joshi, director-general of the Council for Scientific and Industrial Research, says the only way the Indian laboratories can offer internationally competitive technology is to have them run by scientists "who have a global view of science and development".

Top-level scientific advisors to the Union ministries agree with Joshi. Y S Rajan, advisor to the department of science and technology, says, "Look at space, or nuclear energy, or even the Defence Research and Development Organisation. Their success owes largely to the fact that the related projects came to be headed by scientists like Vikram Sarabhai, Satish Dhawan or Abdul Kalam." However, Rajan feels it is more important to see if common systems could be evolved for managing scientific institutions.

The most coherent opinion on making the Indian laboratories more productive has come from the scientific community itself. According to a document entitled "Non-official Evidence on CSIR", which has been submitted by the CSIR Scientific Workers Association (SWA) to the Select Commitee of Members of Parliament on Science and Technology there should be closer integration of the functioning of the various labs through "a range of horizontal cross linkages that will enable them to work according to a common strategy to produce converging inputs". CSIR workers have even recommended that the laboratories should have freedom to control only 50 per cent of its resources, even if these are internally generated.

Not everybody agrees with the above plan. Joshi opines that autonomy will have to be a prerequisite if his laboratories are to respond better to the expectations of industry.

But science policy watchers are concerned that ideas for better management of Indian scientific establishments relate almost entirely to premier institutions. "The fact that research is carried out at various levels is often forgotten," says Dinesh Abrol of the National Institute of Science, Technology and Development Studies. He says unless modern management is introduced over this entire range, "Indian science will never acquire the critical mass that will enable it to break past the threshold of largely indifferent performance."