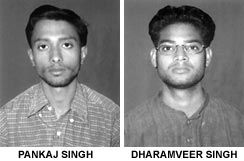 on October 31, 2002, the Supreme Court of India directed the central government to link the country's major rivers by 2015. The government responded with unprecedented enthusiasm. The National Water Development Authority (nwda) has proposed a national river grid and has identified 30 river links, which would connect every major river in the Indian mainland. It is quite well known that the two major river systems in the country -- the Himalayan and the peninsular --have flood flows estimated at 30,000 to 60,000 cubic metres of water per second (cusec) during a few days in the monsoon season. The plan envisions tapping these flows, storing them in reservoirs and finally draining them over thousands of kilometres of canals to "parched" agricultural lands in Southern, Western and Central India.

On paper this sounds very exciting. But finer analysis reveals that only 4500 cusecs is to be lifted from a total flood flow of 60,000 cusecs. Quite obviously lifting such small proportions will not mitigate, much less solve, the country flood problems. Moreover, the volume of flows during the flood season is a misleading basis for judging water surpluses. The Ganga water-fed states, for instance, get flooded during the rainy season but suffer from water scarcity during the dry season. So transferring water might end up creating rancour between states. And as of now there is no institutional mechanism to deal with matters concerning inter-basin transfers. There is of course a proposal to vest the centre with full powers over the national river grid. But it is highly unlikely that the states will agree to this proposal and the project might end up getting embroiled in lengthy litigations.

Animosities might even spill over borders. Already Bangladesh has many reservations. And for good reason: the project will curb the natural flow of two of its major rivers that originate in India -- the Ganga and the Brahmaputra. And let us not forget that India is bound by the Farraka treaty of 1996 to allow the Ganga to flow unhindered into Bangladesh. In their haste to go ahead with the project our policy-makers have paid scant regard to such considerations.
One of the claims of the project is that it will enhance drinking water supplies. Domestic use currently accounts for a mere five per cent of the total use of water harnessed through canals, wells and tube-wells. The requirements are no doubt growing rapidly but they are relatively small compared to those of other uses. Interlinking is hardly justified as the solution for this problem. Moreover, it will be almost impossible to take the water to all the habitations without huge investments in a centralised distribution network. Decentralised local rainwater harvesting, by reviving and improving traditional techniques, can meet essential requirements for domestic purposes more effectively and at a far lower cost.

Enhancing irrigation facilities is another tall claim of the project. This is again misplaced. Our concerns about food security and sustained economic growth can be taken care of, without spending huge sums of money for transferring water from Bengal to Rajasthan or Kerala to Tamil Nadu, by improving the efficiency of our irrigation systems. Moreover, the government also needs to redefine the need-availability paradigm by redesigning and restructuring irrigation demands. Growing water-intensive paddy or sugarcane can never be a right of any peasant.
Ecological concerns have rarely moved our policy-makers; the interlinking project is no exception. The World Bank estimates the health costs of water pollution in India to be equivalent to three per cent of the country's gross domestic product. With Indian rivers being severely polluted, interlinking them may actually increase these costs. Also with the widely recognised failure of the Ganga Action Plan, there is a danger that contaminants from the Ganga basin might enter other basins and destroy their natural cleansing processes. The new areas that will be river-fed after the introduction of the scheme may experience crop failures or rotting due to alien compounds carried into their streams from the polluted Ganga.

With the recognition of "precautionary principle" under the environmental jurisprudence of our country, the "onus" is clearly on the government to prove that interlinking rivers is environmentally benign. This would require a thorough environmental impact assessment and feasibility studies of the proposed links. Once done this information should be put into the public domain. But so far nothing of this sort has happened; the project remains shrouded in secrecy giving rise to numerous misgivings.

Let us now see examine the human costs of river linking. The project involves construction of canals, running into thousands of kilometres, and some 200 storage dams. About four and a half lakh people -- most of them tribal and from backward sections -- would be displaced as a result of such construction; nearly 79,000 hectares of forestland will be submerged. It is a fundamental principle of international law that human beings cannot be sacrificed at the altar of economic growth. The International Labour Organization Convention 107, which has been ratified by India, recognises the rights of indigenous and other tribal and semi-tribal over lands they traditionally occupy. Moreover, Article 51 of the Indian Constitution enjoins the state to protect interests of tribals and the backward sections. But given India's woeful record of rehabilitating people affected by 'development' projects, it is very unlikely that people displaced by the interlinking project will get justice.


Let us now look at the costs of interlinking. nwda estimates it to be Rs 5,60,000 crores. But this is a conservative figure. Suresh Prabhu, chairperson of the task force set up to implement the project, reckons that costs might go up to Rs 10,00,000 crore. Can we afford to run such an expensive project? Clearly not, if some recent figures are to go by. For instance, the Government's Economic Survey for 2001-2002 puts the country's gross domestic savings at much lower than the cost of the project. Also, expenditure on it is expected to be higher than India's total outstanding external debt.

Prabhu realises all this. He has now called upon the industry to support the endeavour. The Federation of Indian Chambers of Commerce and Industry and the Confederation of Indian Industries are enthusiastically discussing their positions in the light of the potential benefits that might accrue from river linking. There is also a good chance that multinational corporations might jump into the fray. Such corporations have already managed to get the un to define water as a 'human need' as distinct from 'human right'. By the World Trade Organization's definitions, which are increasingly running the market, human needs can be supplied by the private entrepreneurs for a profit, unlike a human right that accrues equally to everyone. Already the rights over a large stretch of the Shivnath river in Chattisgarh has been sold to us multinational Radius Water. Following this deal, the communities who lived on the banks of the Shivanth have lost their traditional rights over it.

In fact our water-starved communities might stand to lose even more. For, Prabhu suggests that the government can raise the money through loans, taxes and user charges. This really means that local users will have to bear the enormous costs of sustaining the project. Interlinking rivers might thus end up creating illusions of water security, while in reality it will create conditions where privatisation becomes the only alternative.

Pankaj Singh and Dharamveer Singh are students at the National Law Institute, Bhopal