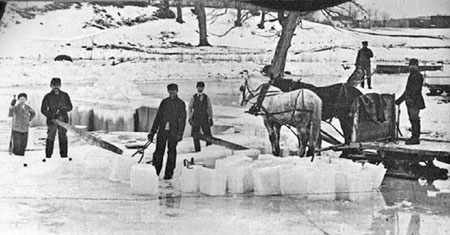 In May 1833, Daniel Wilson, Calcutta's Lord Bishop, wrote to his family in England: "The weather is perfectly suffocating. None can pity us but those who know our sufferings.

The mind, body, functions, tempers, words, and feelings are all morbidly affected…a constant heat which unnerves, depresses, annihilates the European mind and energies."

Nothing seemed to assuage the English from the searing heat from their most prized colony. The billowing fans, hand fans, the large verandahs, saltpeter, nothing worked. It was miserable having to drink the gin and tonic warm. Four months after Calcutta's Lord Bishop agonised over life in India, a ship made its way up the Hooghly river and docked at Diamond Harbour.

The Tuscany arrived from the United States carrying a most precious cargo. Rumours had ensured that hoards of Indians were there to receive the ship. But no one caught sight of the cargo till sunset when all the papers were processed and the ship's captain Clement Littlefield was finally allowed to unload the consignment. It was ice. The people of Calcutta had never seen something like that. Even the government was ecstatic at the sight of the huge blocks of ice. It immediately allowed the ice to be landed duty free and permitted free import from anywhere in the world. 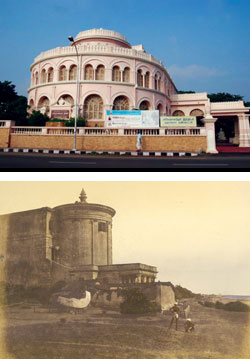 A special silver gilded vase was presented to W C Rogers. On the vase was inscribed: "Presented by Lord William Bentinck, Governor-General and Commander-in Chief of India, to Mr Rogers, of Boston, in acknowledgment of the spirit and enterprise, which projected and successfully executed the first attempt to import a cargo of American ice into Calcutta."

It wasn't that Calcutta hadn't seen ice until then. All through the winters, from late December to end of January, ice regularly arrived in the city in large quantities from Chinsurah, a small village along the Hoogly about 40 kms away. Chinsurah's peculiar soil and climate allowed the manufacturers to freeze water in shallow pits and collect thin sheets of ice at night, which were transported by boat to Calcutta. But this was filthy ice, more like slush, fit only to be used for cooling containers of water or wine and never put into the drink itself.

But the ice that Tuscany brought was sparkling clean Massachusetts ice. All of 100 tonnes. Within three days of the ship's arrival, Calcutta's British residents raised enough money to set up an ice house to preserve the precious cargo. Everyday proprietors would display a huge block of shimmering ice to the passersby from behind a glass window and replace it every now and then with fresh ice.

At four annas a pound, Massachusetts ice was cheaper than the Chinsurah slush. The 'frozen water' trade, as it was then called, flourished. Ships carrying ice arrived at regular intervals—from a modest 100 tonnes in 1833, the trade increased to almost 3,000 tonnes in 1847.

The price of ice also came down to about two annas per pound. Often, ships bringing ice would get delayed. Ice was rationed and one had to produce a doctor's certificate to get it. The transportation of this extremely fragile commodity from the US is credited to Frederick Tudor who was a Boston merchant.

The 22-yr-old came upon the 'mad project' of exporting ice in 1805. He would bring ice to the city from lakes and rivers in the vicinity and keep it in ice houses till it was shipped. The ice trade became the mainstay of New England's economy.

Henry David Thoreau, the celebrated author, couldn't help but describe Tudor's enterprise during the winter of 1846-47: "Thus for sixteen days, I saw from my window a hundred men at work like busy husbandmen, with teams and horses and apparently all the implements of farming…it appears that the sweltering inhabitants of Charleston and New Orleans, of Madras and Bombay and Calcutta, drink at Tudor's well." 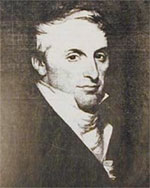 In 1833, Tudor and his partners William C Rogers and Samuel Austin only supplied ice as far as New Orleans, Havana and West Indies, but were confident of shipping the precious commodity to India, knowing fully well how the heat-struck English inhabitants of the city would appreciate it.

But the Boston merchant was faced with a problem: none of the ship owners was willing to risk the transportation of something like ice to a place as far as India. He decided to buy his own ship Tuscany and prepared it for the long 25,000-km journey.

For a voyage to Calcutta—a much longer one than had been hitherto attempted—additional precautions were deemed necessary to preserve the ice in an approximately 61cm thick layer of wood shavings and saw-dust. The sides of the chamber were so built as to give a space of 45.72 cms between the boarding and sides of the ship. This space was filled with dry sawdust.

The ends of the chamber were double packed with a similar space for sawdust. Ice cubes were pressed as tight as to leave no space between them, to make one solid mass of nearly 180 tonnes! On the surface of the ice was a float with a gauge rod passing through a stuffing-box in the cover, which was used to measure the gradual decrease in the volume of the ice, as it melted. The water formed by the melted ice, leached through the bottom of the chamber into a well room, which was daily pumped out during the entire voyage. 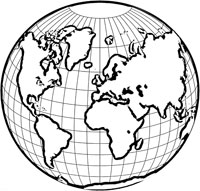 Over a period of 20 years, Frederick Tudor made a profit of US $220,000 just from Calcutta and went on to become the 'ice king'. Ice continued to be exported to India for another fifty years with ice-houses being established in Bombay and Madras as well.

But in 1862, the world was introduced to ice-making machines and one in particular met the fancy of the colonial state: Siebe's Ether Ice-machine. In 1878, with the formation of the Bengal Ice Company, India's first ice factory, followed by the Crystal Ice Company in in 1872, sounded the death knell for the American ice trade.

The ice houses at Calcutta and Bombay no longer exist. But the one in Madras, built in 1841, does as a mute testimony to one thing that "prevented the destruction of British life and health, inevitable accompaniment to their retaining the great tropical dependency that was India".