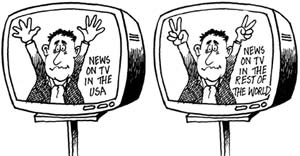 The stance of the eu has certainly changed with regard to environmental negotiations. Ten years ago, Europe counterbalanced the us in the global environmental/developmental parley.

But now the global climate has changed, and so has the political mood within the eu. A few reasons for the trend are easy to figure out. Green politics played a significant role in Europe around the Rio Summit (1992). Environment is still high on its political agenda, but other issues have become equally important. These are: growing unemployment, the penchant for racism, and apprehensions about the impacts of immigration and the resulting right-wing tendencies.

The expansion of the eu will also adversely impact global negotiations. The inclusion of new members meant difficult negotiations, especially in the context of the eu's protectionist non-liberal common agricultural policy. A deal was struck with the promise that new members will have a share in the 'public support' extended to agricultural production, including protectionism. It is a confirmation of the wrong policies. It has made it even more difficult to make the eu less protectionist and more open towards import from developing countries. eu governments have no common progressive stand and this may be why European negotiators act as "clerks and bookkeepers" instead of winning friends during the negotiations.

The so-called us war against terrorism has also transformed the eu attitude. The war cry has been "either you are with us or you are against us", and the eu leaders have been listening. The Danish government, for instance, has become obedient to the us, and one consequence is that the Danish progressive international stands and initiatives in many areas are being compromised. The situation may differ from country to country, but the fundamental split makes it difficult to see European common positions opposing the us standpoint.

One of the worst consequences is an increase in bilateralism. The wto is by no way perfect. It was important at Cancun to tell both the us and the eu that no outcome can be the 'best choice' if the alternative is to accept the unacceptable. The only possible way out for the entire world is "to engage" more. A multilateral approach is needed. Developing countries need to unite to give global organisations a better and bigger role. They can give it more power, more credibility. It will unfortunately take time. There is a lot of soul-searching happening in the eu at the moment, at least after the invasion of Iraq. This provides some solace, as the eu today has become even more important for global negotiations than before. The Socialist Peoples Party of Denmark -- which was one of the most sceptical parties the eu -- is gradually becoming more convinced that although it is extremely difficult for Europeans to play a role within and through the eu, it is impossible to do so outside it.

Kund Vilby is a development writer. He is the chairperson of Danish Writers Association.