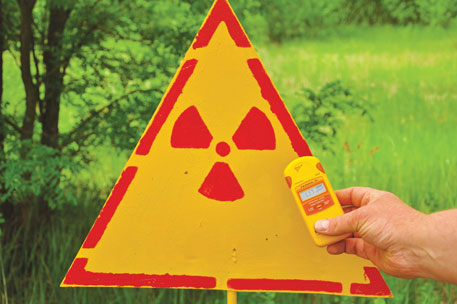 Every working day between 8 am and 6 pm, a placard-holding protestor stands in front of the United Nations World Health Organization’s (WHO’s ) headquarters in Geneva. In the past seven years, more than 300 protestors have taken turns to maintain this vigil. They are sentinels of the international collective, Independent WHO—Health and Nuclear Power, who demand that the world’s premier health body should revoke a more than 50-year-old agreement with the UN International Atomic Energy Agency (IAEA). The agreement stops WHO from reporting diseases caused by radiation.

Independent WHO describes its protest as the Hippocratic Vigil. “It was Hippocrates who formulated ethical rules for health practitioners. WHO ignores these rules, when it comes to protecting the health of the victims of the consequences of the nuclear industry,” its website notes.

The protests began on April 26, 2007, the 21st anniversary of the Chernobyl disaster. “WHO waited five years before visiting territories heavily contaminated by the Chernobyl accident.WHO has hidden the health consequences of this catastrophe,” notes the website. It alleges that the health organisation has not published the proceedings of its 1995 and 2001 conferences on the Chernobyl disaster. “WHO still estimates the number of deaths caused by Chernobyl at less than 50 and attributes the health problems of populations of Belarus, Ukraine and Russia to fear of radiation,” the website notes. It also claims that WHO does not recognise the validity of the work published in 2009 by the New York Academy of Sciences, which estimates the number of deaths caused by Chernobyl to be nearly one million.

A 1959 agreement with IAEA restricts WHO from reporting on Chernobyl. Article 3 of this agreement states: “Whenever either organisation proposes to initiate a programme or activity on a subject in which the other organisation has or may have a substantial interest, the first party shall consult the other with a view to adjusting the matter by mutual consent.” This seemingly even-handed agreement has led WHO to suppress information on Chernobyl.

Japanese media believes the agreement has also prevented WHO from taking stock of the effects of the nuclear disaster in Fukushima in 2011. In the past two years, Japanese and international media have also reported about a memorandum of cooperation between IAEA, the Fukushima authorities and Fukui Prefectures that contains a confidentiality clause. The clause states, “Parties will ensure the confidentiality of information classified by the other Party as restricted or confidential.” 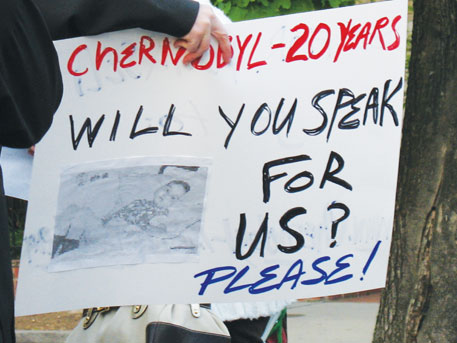 WHO had not always been pliant to IAEA. It is believed that the agreement between the two agencies was triggered by two conflicting developments: the “Atom for Peace” programme of the US government and two WHO meetings spurred by the fear of nuclear radiation. In the first meeting called by WHO in its Geneva headquarters in 1956, the Nobel Prize-winning geneticist Herman J Muller talked about the long-term fallouts of radiation and said that the scientific community did not have the knowledge to safeguard future generations from the adverse effects of radiation exposure. The meeting issued a warning: “Genetic heritage... determines the lives of our progeny, health and harmonious development of future generations. As experts, we affirm that the health of future generations is threatened by increasing development of the atomic industry and sources of radiation …We also believe that new mutations that occur in humans are harmful to them and their offspring.”

The same year WHO organised a conference of psychiatrists to explore the possible health impacts of peaceful nuclear activities. Psychiatrists participating in the conference concluded that such activities had the potential to stress common people because of their association with atom bombs.

For power and plutonium

In their book, Atom for Peace and War—1953 to 1961, historians Richard G Hewlett and Jack M Holl show that IAEA was an outgrowth of the US’ Atom for Peace programme. According to the book, one foggy November day in 1952, the then secretary of the US Atomic Energy Commission, Roy B Snapp, went to meet the General of the US Army, Dwight D Eisenhower, who had been elected the president of the US a week before.

In that meeting, the president-elect said he was in conversation with Charles A Thomas, president of Monsanto Chemical Company, who had suggested that the private industry should build nuclear reactors that would produce both electricity for commercial purposes and plutonium for weapons. Less than a month later, the US administration embarked on the Atom for Peace programme, with Eisenhower delivering his famous speech advocating atoms for peace. The effort was opposed by the then Union of Soviet Socialist Republic (USSR) and a few other countries. But Atoms for Peace programme set the momentum for a new international agency to promote nuclear energy under the UN umbrella. IAEA was born in 1957, the same year WHO had its meeting of psychiatrists to explore the effects of nuclear energy. According to American anti-nuclear activist Helen Caldicott that was the last time WHO took a stand against nuclear energy.

Two UN agencies could not be working at cross purposes. According to Caldicott, the 1959 agreement between the two agencies meant that WHO granted “the right of prior approval over any research it might undertake or report on to the IAEA, an advocate for the nuclear power industry”.

Today, 30 countries have a total of 438 operational nuclear power reactors and more than 246 operational research reactors. About 125,000 nuclear warheads have been produced between 1945 and 2013. Under Atom for Peace-associated programmes, the US distributed over 25 tonnes of highly enriched uranium (HEU) to 30 countries. USSR, which adopted a similar programme, exported over 11 tonnes of HEU.

As energy-hungry India is rushing to get more reactors, very less information is available on the side effects of radiation. Confusion reached its height in September 2014, when the Department of Atomic Energy (DAE) criticised media groups for distorting facts regarding cancer and deaths in India’s atomic energy hubs. An RTI query by a Mumbai-based activist led to media reports that 2,600 people in these hubs have died due to cancer between 1995 and 2014. DAE contested these figures and argued that not more than 152 people had died due to cancer-related causes in the hubs between 1995 and 2014. There is much confusion on the issue.

WHO could have played a significant role in situations like this had it not been gagged by its agreement with IAEA.