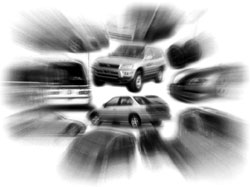 When the Supreme Court had ordered the Delhi government to run its buses on cng (compressed natural gas), the directive was sought to be circumvented on the pretext that natural gas technology was not proven and options available were too few. The wide variety of new generation alternative fuel vehicles (afvs) showcased in the eighth National Clean Cities Conference at Oklahoma City in the us, however, gives the lie to such claims.

While Toyota proudly announced the zooming sales of its hybrid electric car at the meet, General Motors divulged details about its own afvs. Nissan went to town on its zero-emission vehicles and Ford highlighted its role in creating partnerships and infrastructure for afvs. But Honda's tagline for its cng car -- 'emissions are the only thing it lacks' -- said it all.

Organised by the us department of energy (doe) from May 11-16, 2002, the conference discussed the issue of promoting the use of afvs, at the same time looking at future possibilities. Current options and new innovations were critically analysed, as was the likelihood of commercialising emerging technologies. The us conclave is a regular meeting point of citizens, auto manufacturers, local administrators and policymakers at the national level.
The us doe launched its Clean Cities Programme (ccp) in 1993 to reduce the dependence of the transport sector on imported oil (see box: A healthy bond). According to doe estimates, the country imports petroleum worth us $2 billion every week. The strategy was to move as many vehicles as possible to alternative fuels such as cng, lpg (liquefied petroleum gas), electricity and ethanol. Unlike traditional command-and-control programmes, ccp adopts a unique voluntary approach to the development of afvs. It works with coalitions of local stakeholders to help bolster the afv industry and integrate this development into larger planning processes.

According to Julie Doherty of Science Applications International Corporation, who has been working with ccp since 1995, "The most impressive thing about the clean cities model is that it is a public-private partnership that really works." The model can also be adapted to the specific needs of a city and does not impose one structure. "I have found it to be extremely useful for getting the right people in the same room to discuss issues involving fuel supply, availability of vehicles and regulation," she avers.

Apart from pruning petroleum consumption, a crucial outcome of the strategy was that it would help the areas meet their clean air targets. In fact, the use of the term 'clean cities' -- which should have a wider connotation -- to address only vehicular pollution shows the importance accorded to it. At present, there are 77 cities participating in the programme. The number of natural gas vehicles has doubled between 1995 and 2001 to reach more than 1,00,000 (see graph: Stepping on the gas). Significant progress. But miles to go... Hence the theme of the conference: 'kick it up a notch'.

In addition to these activities, in the years 2000 and 2001, the Clean Cities International Programme partnered with the Chicago-based Gas Technology Institute (gti) to sponsor five Reverse Trade Missions with delegations from Brazil, Central America and the Caribbean, Chile, India (exchange programme to be held in October 2002) and Peru. These teams travel to the us to locations where the success rate is high to learn from usa's industry and talk to experts.
What has propelled auto giants into going green? It is quite apparent that the economics of this environment-friendly makeover is suiting them. To introduce more afvs, the us federal and state governments provide several fiscal incentives -- mainly as tax credit for buyers and investment in research and development for manufacturers. Honda's hardsell drive, therefore, has more to it than clever ad copy. It dangles fiscal benefits such as us $2,000 federal income-tax deduction, tax credits from us $500 to $3,500 and state tax incentives in addition to these. Honda also cites the distribution of up to us $9,000 by the California Air Resources Board, federal income-tax credit worth us $4,000 to buyers of electric vehicles, and free parking and discount on electricity used to charge their vehicles.

Over the past few years, doe has invested between us $10 million and $12 million annually for natural gas research and development. Various industry partners in the programme are said to have put these dollars to good use. The results have been striking. According to the Electric Vehicles Association of America, the sales and lease of hybrid electric vehicles from Honda and Toyota have risen from 17 in 1999 to 19,457 in 2001. The strategy that appears to have been chalked out involves the use of automobiles which run on fuels such as cng, propane and lpg in the medium term, followed by a phase-out of fossil fuels and a corresponding shift to electric vehicles.

In its entirety, the issue is not about big manufacturers or, for that matter, automakers only. There are afvs from the stables of small manufacturers with their niche markets, just as there are bodies like the Electric Vehicle Association of America (evaa) whose objective is to advance electric vehicle transportation technologies and supporting infrastructure through policy, information and market development initiatives. The association advocates financial, regulatory and other incentives and government-industry partnership programmes. These help encourage the rapid development of electric modes of transportation. Electric Vehicles International, based in Indiana, usa, is another company that makes electric trams, trolleys, buses and trucks.

Chock-a-block with incentives, the unregulated market has attracted a number of players (unlike India) -- small, medium and large -- into the gas distribution arena. For instance FuelMaker Corporation, which builds natural gas vehicle refuelling appliances, is now diversifying into hydrogen refilling. "With the fuel cell vehicle market just around the corner, the development of convenient refuelling is imperative," say company sources. drv Energy Inc, a natural gas and propane vehicle conversion and fuelling company located in Oklahoma City, came into existence in 1995 to utilise tax credits provided by the government. Now the company is looking towards the international market for new business ties.

The clean cities experiment has worked because the coalition that runs it has functioned well in tandem. The government, manufacturers, gas suppliers, environmental organisations, specialists who impart training and consumers have all ushered in the change. Another reason for its fast-track progress is that these green options have been consistently rewarded. Will the powers that be in India -- where citizens gasping for a breath of fresh air still have to look to the courts for respite -- ever learn from these success stories?