When pencils and paints lead to lower IQ

Some chemicals can affect brain development and function. They also have serious effect on children's learning and behavioural abilities. Compared to other organs, the human brain develops over a long period of time — beginning with the first week after conception.

Brain weight at birth is about one-third of adult weight. There is a brain growth spurt from the third trimester of pregnancy, which continues until the age of two. Brain development continues during the early years, some systems maturing at puberty and beyond. Most of the basic brain structure is laid down before birth, with great postnatal activity, for example, in the development of connections, enzymes and nerves.

The bloodbrain barrier is not complete until about six months after birth. The developing human brain is much more vulnerable to toxic assault than the mature brain in most cases. And this not only affects those processes undergoing development, but some processes programmed to come later.

Lead and other heavy metals like cadmium, arsenic and mercury are the most-studied neurotoxicants. Their effect on children has led to revisions in their levels within the US — from about 60 microgrammes per decilitre of blood (μg/dl) in the late 1960s to 10 μg/dl today. It is possible that many children were, in fact, lead-poisoned during the decades when high lead-levels were acceptable and not recognised.

Other heavy metals, such as cadmium and aluminium, are known to be neurotoxic, but there is very little research on their potential to affect the developing brain. Polychlorinated biphenyls (PCBs) are organic chemicals that have been banned, but persist by accumulating in fat tissues. It was found in fish in the Great Lakes region in USA. A study of the offspring of women who ate Lake Michigan fish during their pregnancies showed extremely high prevalence of mental retardation in their children.

"But distinguishing among the various syndromes, and the "normal" from the "abnormal" is a subject of considerable discussion and uncertainty. These disorders may be best characterised as works in progress, rather than rigid diagnostic test. Often it is confounding as many syndromes are overlapping, and decisions to identify the real cause eats into crucial time. If the (environmental) source is not identified, then it gets too late to reverse the damage," says Ganesh Murthy, psychometric specialist at the Institute for Children with Learning Disability, Dehradun.

This gives every baby born today a gift of an average of four to five additional IQ points. What is that worth economically? In the US, conservative calculations suggest that each IQ point is worth about US $8,300 in additional lifetime income, which would mean that the 15-point drop in blood lead levels is worth an average of US $30,000 in income to each baby born. With approximately four million babies born every year, the elimination of lead has an economic value of over US $100 billion per year for the lifetime income of those children.

The US Census Bureau estimates that nearly 12 million children in the US under 18 (or about 17 per cent) suffer from one or more developmental, learning, or behavioural disabilities. According to the National Academy of Sciences, toxic exposures are directly implicated in about three per cent of these disabilities — about 360,000 US children in 1998 or one in every 200 children. 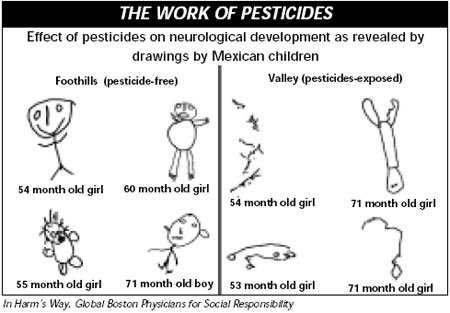