Both allopathy and Indian systems of medicine can gain from each other, provided practitioners interact with an open mind 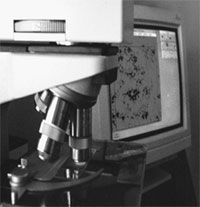 traditional systems of medicine may not be perfect. Their deficiencies - lack of quality control in preparations, poor standardisation, absence of controlled testing and clinical trials - are common knowledge. Yet, as more people turn to Ayurveda and herbal remedies, they are disappointed by the experience. Has that to do with the traditional system itself? Opinions differ. "Consumers have become more aware and expect allopathic benefits from ayurvedic medicines. Most of these contain chemicals and are far from the preparations prescribed in the ancient texts. Despite this, people are turning to Ayurveda because they are dissatisfied with artificial chemicals-based drugs and cosmetics," says Balendu Prakash.

At present, there are over one million practitioners of indigenous medicine in India. Ayurveda -- based on the Panchmahabhutas and derived from 5th century bc classics, the Charaka Samhita and Susruta Samhita -- appears to be a gold mine for the pharmaceuticals industry, encouraging the view that there is no need for basic research. "People are making money from Ayurveda but have an incomplete knowledge of the ancient texts," avers Balendu Prakash.

Ayurveda and allopathy have basic differences in theory and perception. Ayurveda treats the patient as whole. The history and genesis of any disease or malady, according to Ayurveda, is due to imbalance of three body humours (elements). Allopathy, on the other hand, does not believe in the ancient theory of 'humours'. There is often scant respect for such views among allopaths, who rely on detailed knowledge of physiology and anatomy for their diagnoses and prescriptions.

Traditional systems of medicine, however, sometimes have cures for diseases and disorders for which allopaths either have no cure or have remedies with many side-effects. Oral contraceptives for women, for example, are known to have many adverse effects in the long term. Contraceptives made from herbs, often used in rural and tribal areas in India, are a good alternative to the chemical ones available in the market. The icmr , with the help of the Central Council of Ayurvedic Medicine, is developing the first such contraceptive (see box: A viable alternative).


While traditional practitioners and allopaths say that there can be no bridge between allopathy and Ayurveda and other Indian systems of medicine, the icmr brought the two together in a successful venture. About seven years ago, it decided to develop and test drugs with expertise from both fields. According to Roy Chaudhary, who is also chairperson of the scientific advisory group for clinical evaluation of herbal and ayurvedic medicine at the icmr , it was for the first time that such large-scale clinical and field trials have been conducted on traditional medicines. The aim was to enrich allopathy with indigenous knowledge, and to identify medicinal plants that are 'disease oriented'.

Certain common diseases like hepatitis, asthma, diabetes, development of kidney stones and filariasis were taken up. Groups consisting of experts on ayurvedic, unani and allopathic medicine, and pharmacologists, biochemists, chemists, statisticians, and epidemiologists were selected for each disease. The trials were conducted in modern hospitals and medical research institutions -- the All India Institute of Medical Sciences, New Delhi, and the Post-Graduate Institute of Medical Sciences at Chandigarh, for instance -- under the supervision of allopaths.

Full-scale analysis of the trials was done at four centres. The statistical analysis was done at the Institute of Statisticians in Chennai; pharmacological research at the Central Drug Research Institute, Lucknow, and the Regional Research Laboratory in Jammu. The medicines were manufactured in Varanasi.

The trials and testing were thorough and scientific, says Roy Chaudhary. To exclude any bias and eliminate the 'placebo effect' in the tests, control groups were maintained. Additionally, the names of participants -- both patients and doctors -- and drugs were kept secret during the trials. Though a number of these ayurvedic-allopathic combination drugs have been developed and tested, it will be some time before they become commercially available. The icmr , meanwhile, has successfully identified plants for treatment of hepatitis, diabetes, filariasis and bronchial asthma, and is developing a herbal contraceptive.


People in developed countries are increasingly 'discovering' other systems, other medicines. Therapy and combinations of various systems of treatment have gained acceptance. Controversies are often thrown up by such 'alternative medicine'. Laws and regulation can help as well as hinder market development. One example is the controversy over the cholesterol-reducing drug Cholestine. Derived from the Chinese drug Hongqu , it is being sold at 30,000 stores in the us . Chinese drugs are banned in the us . But the California-based manufacturer of Cholestin, Pharmanex Inc., identified the ingredient in the herbal preparation from Hongqu , and produced it in its modern plant just like any other medicine. It then began a nationwide advertising campaign for the herbal medicine, which attracted the attention of the us Food and Drug Administration (fda). The fda charged Pharmanex with selling a drug in herbal disguise. Cholestin has not been banned yet, but the controversy still rages.

The case for ism is similar. If these systems can provide a better understanding of disease and medicine, allopaths should give it more importance. "The two systems should appreciate each other's viewpoint and enter into a productive relationship," says Anuradha Singh of nistads . "We need to identify areas of excellence in ism and integrate them with the mainstream."

To begin with, rules and regulations are required to ensure that the resource base -- traditions and raw material -- is not irreparably damaged. Such laws are still lacking in India. The business environment should not be biased against small-scale industry. But standards should be maintained so that public health is not compromised for the sake of profit. A better understanding of 'other' systems will enable both the traditional and the modern systems of medicine to benefit.