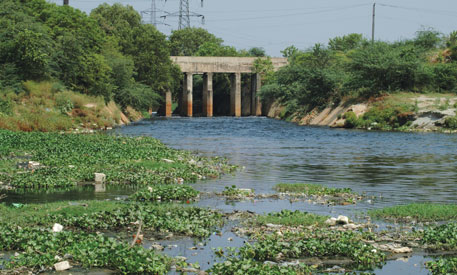 Towards the end of 2011, the Delhi government announced its plan to spend Rs 25,000 crore on expanding the capital’s sewage treatment capacity and sewer network. It will take an estimated 20 years to increase the current 6,500 km sewer network to the required 9,500 km. To speed up the process, the Delhi Jal Board (DJB) launched the interceptor sewer project last month. The project will prevent parts of untreated sewage of the city from falling into the Yamuna.

At a cost of Rs 1,395 crore, 59 km of sewers will be laid along the Najafgarh, Supplementary and Shahdara drains to intercept untreated sewage outfalls from unsewered areas. The sewage will then be diverted to the nearest sewage treatment plant (STP). Presently, only 60 per cent capacity of the treatment plants in the capital are utilised.

There are more than 1,600 unauthorised colonies and several villages which will take two decades to be connected to the sewerage system, say DJB officials. Until then, the interceptor sewers will serve to divert the untreated sewage before they reach the three drains. R S Tyagi, chief engineer of DJB, says, “In three years, the river water will be near the quality considered safe for bathing.”

As per a study by Delhi non-profit Centre for Science and Environment (CSE), the project consultants have underestimated the wastewater in the interceptor sewers, accounting for just 60 per cent of the flow. The critique is based on the wastewater figures of the Central Pollution Control Board (CPCB). Consequently, the target of augmenting sewage treatment capacity from the existing 2,330 million litres each day (MLD) to 3,300 MLD will be below the current sewage generation (3,800 MLD). 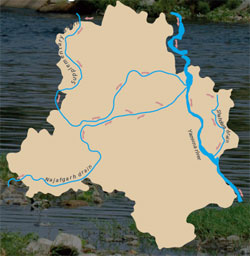 DJB officials disagree. “How can the figures be so high when we do not have the sources to supply water that generate sewage,” asks Tyagi. The study estimated that 60 per cent of domestic water use in the city comes from groundwater, for which no estimates are available. “Since private groundwater use is high, we cannot use official water supply data to estimate sewage generation,” says R C Trivedi, former additional director, CPCB. DJB says on the completion of the project the biological oxygen demand (BOD) of the river water will reduce from 41 mg/l to 12 mg/l. This will not meet the bathing standard of less than 3mg/l. “We say 12mg/l because it is the worst case scenario if none of the other agencies cooperate,” says Tyagi. DJB admits the river quality cannot be brought to the bathing standard without the release of raw water from upper storages for dilution, none of which is currently available.

The interceptor project’s success depends on several factors. The irrigation and flood control department of the Delhi government keeps a check on drains with a discharge of more than 28.3 cumec. “The department is responsible for desilting and channelising sewers under the project. It must ensure that the sewers attain self-cleansing velocity during dry weather flow,” says Tyagi. It is also responsible for constructing walls along the sewers to protect against dumping of solid waste, he adds.

If the water quality criterion is not achieved the buck can be passed on to the Municipal Corporation of Delhi, which must ensure that no solid waste is dumped into the smaller sewers. The results are also contingent on the Delhi State Industrial and Infrastructure Development Corporation (DSIDC), which has to ensure operation and maintenance of treatment plants in industrial areas. “Without DSIDC’s full cooperation, the project cannot be a success,” says Tyagi.