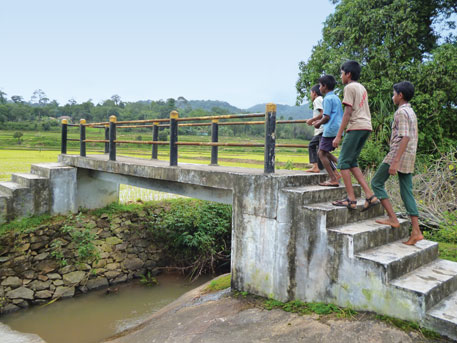 Fourteen-year-old Kavyasri M Y is known as “chief minister” in her village of Chittemakki in Karnataka’s Koppa block in Chikmagalur district. Two years ago, when she was in Class VII, Kavyasri was elected as the representative of the baal sabha—a children’s assembly on the lines of gram sabha where all kids below the age of 18 meet to discuss issues that are often overlooked by adults.

As chief minister, it was Kavyasri’s duty to bring issues raised during the baal sabha to the notice of the panchayat, which organises the gathering once every year. The initiative has brought relief in many ways to children in villages, as well as elders.

For instance, travelling to school during the monsoons was always a difficult task for 10-year-old Rachin C V, a resident of another village in the same panchayat. The reason—a small stream that falls on the way would always overflow during the harsh rainy season at the Western Ghats village. “But that is a thing of the past,” says Rachin, adding proudly, “because of us”. He and his friends participated in the baal sabha in November 2012 and passed a resolution in front of the panchayat members to construct two culverts (enclosed drains) and a soak pit on the stream. They were constructed a year later. 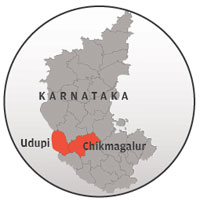 Karnataka is the only state to organise baal sabhas. It started the exercise through a government circular in 2007. “International organisations like Unicefand other non-profits were suggesting a mechanism to include children in the decision process to check child trafficking, child labour, child marriage, dropout rates in schools and other problems that children face. So the state government decided to start baal sabha,” says Ninge Gowda, former under secretary to the state government, who issued the 2007 circular.

Though implemented across the state, the circular does not make baal sabhas mandatory. As a result, only a few panchayats have implemented it. “It is in nascent stage and needs to be made mandatory,” says YalkiGowda, director, rural development and panchayati raj.

Thippeshi G C, block executive officer of Koppa block, points out that the reasons the baal sabhasare a success is that children are innocent and apolitical, and speak openly about problems faced in their houses and even in the neighbourhood. The Koppa block has 22 panchayats that have 180 schools between them. According to Thippeshi, 85 schools have demanded independent water supply through resolutions of different baal sabhas. “We are also using these sabhas to meet our sanitation goals,” says Thippeshi. “Last year, we constructed 560 household toilets with the help of children.”

The assemblies are so popular now that they are attracting more and more children. Even better, they don’t just discuss issues that can be solved at the panchayat-level but also those that need attention at the block and district level. The resolution of the 2013 baal sabha demanded specialised subject teachers, a games teacher and additional classrooms for all schools in the panchayat.

Chethan K Gopal, Chittemakkipanchayat development officer, says, “Children raised the issue of frequent movement of sand-loaded trucks beside the school road, which hamper their movement after classes. The issue does not come under the jurisdiction of the panchayat, so we raised it in the meeting of the block panchayat. We also sent a letter to the tehsildar,” he says.

The initiative is also helping in political empowerment of the children. “In the 2013 list of demands, we brought to the notice of the school authorities adulteration in mid-day meal. We also pressured the authorities to regularly clean the toilets,” says Kavyasri. 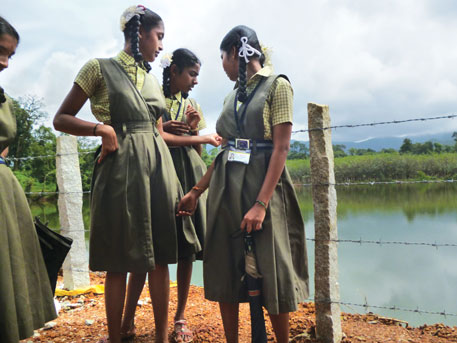 Children’s assemblies are proving a success in other places too. The Hoshangrepanchayat in Udupi district is another place where baal sabhas have got work done. The fencing of a pond was carried out after children passed a resolution for the same. “We had to cross the pond to attend school, and it was dangerous during the rains. A few years ago, a boy drowned after slipping,” says Sfoorti, a class IX student. Now that the fence has been constructed, elders too realised its convenience. “We were unaware of the problem the children faced. It came to our knowledge because of the baal sabha,” says Manjulnath, a village resident.

Initiatives in the past

India’s experiment with the idea of including children in the decision-making process started in 1992 when it signed the UN convention for protection of child rights. A year later, the Union Ministry of Human Resource Development started a baal sansad (children’s parliament), for which students were selected from different states. “Despite being successful, the initiative was stopped in 1999,” says Teja Ram, who was responsible for the coordination of the children who participated in this parliament.The next major initiative came in 2001, when the UNDP-funded Kishoripanchayat, a panchayat for girls, was launched in Muzaffarpur district of Bihar. “Girls in the 6-15 years of age group were engaged with their mothers in panchayat meetings. They were quite active and understood issues related to health and education better than other women,” says B K Sinha, who steered the project. But even this was closed two years later.

The Karnataka government is yet to pass a law seven years after the initiative was started. This uncertainty is one of the reasons the initiative has not been up-scaled despite its success. “We are going to recommend that baal sabha be included in the state Panchayati Raj Act,” says Karanataka legislator Ramesh Kumar, who is heading a 15-member committee on the Act.

In 2011, the Nepal government adopted the National Child Friendly Local Governance strategy. Under it, the government promotes participation of children in panchayat planning so that their voice can be heard. The government also spends 10-15 per cent of capital grants for the panchayati system on issues raised by children. Some of the issues brought forth by the kids include separate toilets for boys and girls, lack of safe drinking water and lack of quality education. “The Karnataka government needs to learn from this effort and strive to sustain this initiative,” he adds.

The other challenge is that several of the demands made by the baal sabhasdo not fall in the jurisdiction of the panchayat. “Children will lose interest if their resolutions are not met,” says Gopal. Raghunandan suggests that children should be educated about which department is responsible for what function. “If the recruitment of teachers is not under the ambit of panchayats then the children should be trained on how to approach the authority responsible. This will automatically increase the ambit of the initiative and make it effective,” says he.