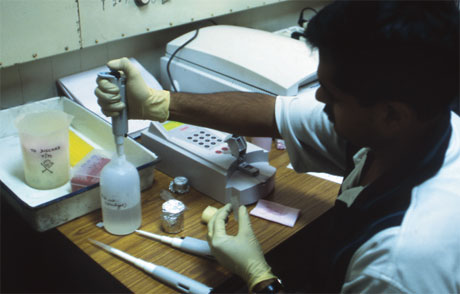 The Indian Council of Agricultural Research (ICAR) has decided to launch a full investigation into the scandal over the development of the genetically modified (GM) or Bt Bikaneri Narma cotton variety. The variety was plugged as the public research establishment’s answer to the expensive hybrids marketed by private seed companies.

This comes two years after ICAR appeared to have closed the chapter on Bikaneri Narma variety (BN Bt) and a hybrid, Bt NHH 44, that was developed under the well-funded National Agricultural Technology Project (NATP). Following a series of problems with the BNLA 106 event that was claimed to be an original gene sequence on which the Bikaneri variety and hybrid were based but which turned out to be “contaminated” with Monsanto’s MON 531 event, GM Bikaneri Narma was withdrawn abruptly after just a season in 2009 (see ‘Untangling India’s Bt cotton fraud’, Down To Earth, February 1-15, 2012). The problems had shown up in 2005, four years after it took off under NATP.

ICAR director-general S Ayyappan clearly wants to clean up the sludge he inherited. Ayyappan took office about three weeks after a meeting of the ICAR top brass decided on December 10, 2009, to suspend production and sale of BN Bt and Bt NHH 44. But his decision to set up a five-member panel to investigate the matter came only after unseemly details about the cotton project were made public in December 2011 after some scientists filed Right to Information (RTI) petitions.

Asked why a fresh investigation was being launched at this stage, Ayyappan told Down To Earth (DTE), “The constitution of the expert committee, consisting of experts from outside ICAR, is felt necessary to look into the entire issue and also advise further course of action.” The committee, though, is not composed entirely of outsiders since two members are from the top echelons of ICAR. The committee is headed by Sudhir Kumar Sopory, vice-chancellor of Jawaharlal Nehru University in Delhi, a plant molecular biologist of international repute who was earlier group leader on plant molecular biology, International Centre for Genetic Engineering and Biotechnology, Delhi. 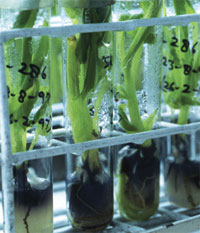 Other members are Ramesh Sonti, scientist at the Centre for Cellular and Molecular Biology, Hyderabad, and Baldev Singh Dhillon, vice-chancellor of Punjab Agricultural University, a well-known maize scientist who was former director of the National Bureau of Plant Genetic Resource, Delhi.

Interestingly, Sonti is a member of the Genetic Engineering Appraisal Committee (GEAC), the apex regulator for GM crops whose role is also under a cloud in the Bikaneri Narma episode.

The two ICAR members are Rajiv Mehrishi, additional secretary, Department of Agricultural Research and Education and secretary ICAR, who is career bureaucrat, while the convenor-member is N Gopalakrishnan, assistant director general (commercial crops), ICAR. He is the only one among the five with a background in cotton, having served as project coordinator of the All India Coordinated Cotton Improvement Project and head of the Coimbatore station of the Central Institute of Cotton Research (CICR). CICR is one of the premier ICAR institutions tainted by the Bt Bikaneri Narma research fraud. 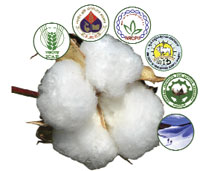 One of the five scientists who wrote a paper in Current Science on the BNLA 106 construct in 2007 was Basavaraj M Khadi who served as director of CICR from 2005 to 2008. He is from the University of Agricultural Sciences-Dharwad (UAS-D), which is at the heart of this scandal because it was in charge of breeding GM Bikaneri Narma. Like Khadi, three other authors of the crucial research paper, Genetic Transformation of an Elite Indian Genotype of Cotton (Gossypium hirsutum L.) for Insect Resistance, are from UAS-D.

The lead author Ishwarappa S Katageri had been given what is described as the unique truncated Cry1Ac by Polumetla Ananda Kumar, director of National Research Centre on Plant Biotechnology (NRCPB). This, however, turned out to be the full length version on which MON 531 is based. Asked how things could go so wrong, the ICAR chief says, “The BNLA 106 BN Bt event was found different from that of the other known Bt transgene events as per analysis of NRCPB. Further, the southern analysis carried out at NRCPB did not detect MON 531 event in the samples supplied by UAS-D.” This goes in the face of findings by Bt referral laboratory which confirmed presence of MON 531 in eight of the 10 samples sent to it. Like NRCPB, Avasthagen, a Bengaluru-based biotech company, also said there was no MON 531 in the samples. Would action be taken against the firm which gave faulty test? The ICAR chief chose to ignore the question.

However, everything would come under scrutiny. Even the information presented in the December 2007 Current Science paper “with reference to the Cry1Ac gene will also be reviewed by the expert committee taking into account all the technical details”. Asked about reports that the authors of the paper are planning to revise the paper and provide new vector maps, Ayyappan says, “It will review all research activities including GM research on a regular basis and in the present instance, the technical expert committee set up by ICAR, shall review all the aspects of BN Bt development including newer aspects.” That is a rather cryptic statement since ICAR officials had earlier stated unambiguously that Bt Bikaneri Narma was “a closed chapter”. What is clear though is that ICAR wants to put this unsavoury episode behind it and move ahead with its ambitious new programme on cotton. Swapan Kumar Datta, deputy director-general, crop sciences, ICAR, told DTE that the investigation committee has been asked to complete its task within three months. “Of course, we must find out what happened in the case of Bikaneri Narma but this should not dent the credibility of a great institution such as ICAR. We have a huge R&D programme and we cannot afford to be dependent on outside agencies for our requirements.”

For Datta, the most important issue is that the ambitious cotton research programme does not get derailed. He disclosed that ICAR was ready to kick off an R&D programme that encompasses organic, traditional desi cotton and GM hybrids in partnership with universities and the private sector. “We have the germplasm. It is all in the public domain, whereas the private firms are using our material and appropriating it with their protected technology. We need to work with them so that we can protect our germplasm with our own IPRs (intellectual property rights).”

Does it mean that since the public sector’s independent foray came a cropper, partnerships will be the order of the future? “The focus will be on working on a more robust platform with our best desi varieties to prepare for any unforeseen developments and get our own IPRs,” explains Datta. But will ICAR’s clean-up initiative remove the blot on its reputation? Ayyappan’s statement has given rise to both hope and despair. While scientists at the public research laboratories are hoping that the committee will “arrive at the truth and wash away the stain of fraudulent research on our premier institutitions” that many take pride in working for, those outside the system say the developments do not bode well for the future of science in India. Points out S Krishnaswamy, former president of the Tamil Nadu Science Forum: “What is lacking is transparency in the whole issue and accountability to the scientific community and public. Did we have to wait for a few angry scientists to file RTIs for the matter to come out in the open?” Krishnaswamy, an academic who teaches structural biology and bioinformatics, says that unless the committee is willing to be strict and fix blame where it is due, nothing would change.