Sterlite Industries' proposed copper smelting unit and jetty are a threat to the well-being of the people of Ratnagiri. A recent report on the unit supports the people's protest 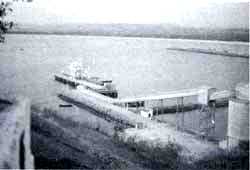 THE people of Ratnagiri, a coastal district in southern Maharashtra, are a jubilant lot today. A recent report by an expert committee instituted by the state government has vindicated their opposition to a large copper smelting unit proposed in the district. The committee said firmly that such industries would endanger the region's fragile ecosystem.

The committee, headed by Rashmi Mayur of the Urban Development Institute, Bombay, had been set up following a year of widespread people's protests against the Rs 700-crore unit with a production capacity of 60,000 tonnes of copper per annum to be put up by Sterlite Industries.

The combined effect of the agitation and the report has led to a mini exodus of industries from the district. The Jindal group of industries, which had bought land for a Rs 1,200-crore steel plant in the district, has already shifted to Karnataka, and some other industries are hunting for alternative sites.

Says Ravinder Surve, Ratnagiri municipal corporation chief and president of the Ratnagiri Bachao Sangharsh Samiti, which is spearheading the agitation, "The main occupations of people in Ratnagiri are cultivation and fishing. The activities of large polluting industries are predominantly detrimental to the interests of people involved in these two occupations. And that is the reason why the uprising was so spontaneous and strong."

Says Fazal Master, sarpanch of Sheregaon village located near the proposed site of the unit, "The high sulphur emission and the slag from the unit is going to adversely affect the health of the people and the flora and fauna in the area." The committee report, submitted to chief minister Sharad Pawar on March 21, states that emissions from the copper smelting plant would harm the Alphonso mango, cashew and coconut cultivation in the region.

The report also comes down heavily on the proposed jetty in the Mirya Bay to offload the raw material imported from Australia for the unit. The construction of a jetty would cause the sea to advance towards the villages along the bay and the arrival of big ships would drive the fish to deeper waters (see box When the fish begin to die).

But no action has been initiated on the report on the copper unit a month after its submission, even though Pawar had declared in December last that the decision of the committee would be taken as binding.


Trouble started about a year ago when the representatives of Sterlite Industries conducted a survey of the acquired land on the outskirts of Ratnagiri city.

By the time the construction of workers' sheds began in January 1993, the news about the adverse effects of pollution from the copper unit had trickled out to the people of the area.

As the land allotted to the unit by the Maharashtra Industial Development Corporation fell under Sheregaon panchayat's domain, Fazal Master asked for the project report. He recalls, "I was shocked to see the figures quoted for the sulphur dioxide emission levels. A resolution was passed at a panchayat meeting that the Sterlite unit would be opposed."

Fazal Master denied permission for any construction before a detalied study on the impact of the copper smelting plant was carried out. However, the Maharashtra government, through an ordinance on October 14 last year, stated that only the state's development could grant permission to demolish or construct a building (see box Dishonest dealings).

Sterlite Industries went ahead with the construction. Things came to a head when on December 13, 1993, over 30,000 people of the city marched to the unit and demolished the quarters for the construction workers and some other structures.

Finally, the zilla parishad took up the matter and the district collector ordered the company management to halt construction. Sterlite Industries reacted by filing a petition in the Bombay High Court against the zilla administration, challenging its power to stop construction.


In the preliminary report to Pawar in January this year, Rashmi Mayur had pointed out that the construction of a jetty at the proposed site would cause further erosion of land along the Mirya Bay. The sea, in fact, has already having advanced after the construction of the Bhagwati port.

Today, the sea is literally in the backyard of most of the residents of the villages along the coast. A study by the Maharashtra Soil and Land Conservation department states that one of the villages -- Mirya -- is connected to the mainland only by a thin strip of land and would be cut off within a period of 2 years.

Says Panduranga Patil of Mirya village, "We protested against the copper plant as they were trying to build a jetty and a breakwater wall adjacent to our village. That would have swamped us completely."

Mayur adds, "The company also planned to set up an ancillary sulphuric acid plant of 1,200 tonnes per day capacity with a discharge of 300-350 tonnes per annum of sulphur dioxide. This would definitely pollute the surrounding area."

Says Anil Paranjpe, a senior correspondent with Ratnagiri Times, which was responsible for the eco-awareness in the area, "We are not against industries, but we will not allow the setting up of industries which are going to wipe out our traditions. The resistance to such units is not just among the literates but in all the groups in the district."