In 2004, the local government in the city of Rome migrated to foss use in their desktops. In 2005, the courts in New South Wales started using it. In 2006, Venezuela passed a law mandating that, by 2008, all government infrastructure would migrate to foss. In 2007 Brazil declared a similar shift. In March this year, the European Union declared preference for foss for its new it projects. Around the same time, foss advocates lodged a complaint with the European parliament about its information technology systems relying exclusively on software manufactured by Microsoft.

In the us state of Mississippi, three counties and 30 agencies use an open source based management system to administer all law enforcement and homeland security forces. Birmingham City Council, uk, too, has shifted 1,500 computers and associated server infrastructure to Linux and other open-source software.

In China, according to their ministry of information industry, almost 70 per cent of all software purchases between 2004 and 2005 were of Linux-based products. The South Korean postal service, too, has shifted around 4,700 desktop computers from Microsoft Windows to Linux.


Security is a major reason for this shift (see box Why?). Another major reason is cost. In 2004, the California Department of Transportation initiated a project on identity and password management. The rollout required hardware and software worth about us $500,000. They decided to run the software application on an open source operating system. The cost was reduced to us $220,000. The experience of K P Abhilash, computer operator of the Khadi and Village Industries Board, Kerala, is similar. "We have saved Rs 10 lakh in the first phase of our shift to foss and hope to save Rs 20 lakh in the next one. We have also installed our home computers with foss. It is much more convenient. We have not faced any problems since we installed it." (see table open profit)


Why is foss cheaper? For proprietary software an individual has no choice but to buy one software for each computer. One cannot copy it or use it in more than one computer. That is one of the conditions of the licence agreement between the proprietary software company and the user. foss, on the other hand is governed by the General Public Licence, which says that a user can make any number of copies of the software and can use a software in any number of computers.


Interestingly, foss's increasing global acceptance coincides with perceivable dents in Microsoft's dominance. In Europe, especially, its behaviour is being questioned on a number of fronts (see box Giant cloud). Every tack the company takes seems to land it in more hot water.

The company in 2007 developed a software called Office Open xml (ooxml). It is a document format used to save files. The company wanted it to become a standard open format; for this, it needed certification from the International Organization for Standardization (iso), Geneva. India had earlier rejected the format saying it was neither compatible, nor inter-operable with existing formats (see 'Hard on Microsoft', Down To Earth, April 15, 2007). But the iso approved ooxml as a standard format at a meeting in Geneva on March 31, 2008.


The format was approved by 24 of the 32 countries that voted at the iso. Countries like the uk, Japan, Germany and Switzerland supported ooxml but India, China, Brazil, Cuba, South Africa and Venezuela opposed it. The voting process, participants say, was marked by absolute secrecy, accusation of manipulation of votes and hectic lobbying.

A Danish participant pointed out there was a lot of criticism against the format in his country and so couldn't understand why his country had approved ooxml. Steve Pepper, the chairperson of a Norwegian technology committee, which studied the format, has filed a protest against his country's decision of approving the format as an international standard on March 31. In a letter to the Norwegian Ministry of Trade, Pepper alleged serious irregularities behind Norway's go-ahead at the meet. "This decision does not reflect the view of the majority of the Norwegian committee where 80 per cent of the members felt that Norway should vote against ooxml," he adds. 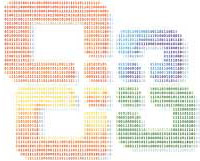 Pro-foss groups of course do not buy Microsoft's claims. They see it as an attempt to subvert their movement for free and open sources. "They are not working with the 'open' community of developers but with a few companies that provide services to customers. They have not heard what the community is asking for. They only want the community to say what they want to hear. Clearly, this is an attempt to subvert the movement which is fast gaining ground internationally," says Ashish Gautam, country leader of ibm team on open standards.