Exclusive women's village councils are beginning to make a difference in India's rural areas. Are state governments ready to share power with them? 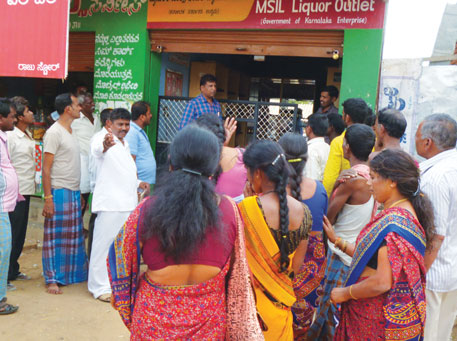 Late last year, a liquor shop owned by the Karnataka government opened in the vicinity of a school and a temple in the Hedatale panchayat which falls in the Nanjangarh block in Mysore district. The women of the area demanded its closure. But the demand fell on deaf ears. The women then took up the matter in their mahila gram sabha (women’s village council). The council passed a resolution to close the shop.

But their husbands came and started beating them in full public view. After the incident, the local administration shut the shop, but the authorities decided to open it a few weeks later.

The Hedatale episode is just one of the instances of mahila gram sabhas taking decisions for improving the lives of rural women; in the process, they often encounter stiff resistance from men.

Like the women of Hedatale, 50-year-old Siddhamma, a resident of Hinkal panchayat on the outskirts of Mysore, also had a problem in hand. Just two years ago, she and 14 other members of her self-help group, which is into microfinance, were struggling to get space to conduct regular meetings. Then she, along with her colleagues, participated in a mahila gram sabha in her panchayat. She spoke about her problems, which were later discussed in the gram sabha, and she was allotted proper space in the panchayat office for conducting meetings. 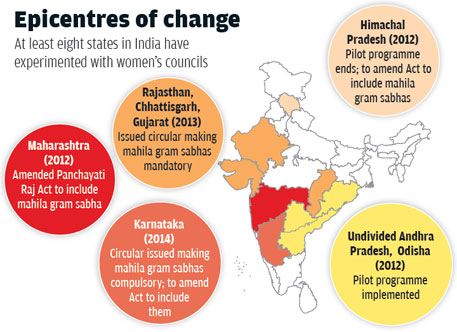 The concept of a mahila gram sabha was first discussed in Maharashtra, which later became the first state to legislate on it under the Panchayati Raj Act. “In 2003, the Maharashtra government issued a circular for conducting mahila gram sabha meetings ahead of the gram sabha. This was made the law in 2012 under the Panchayati Raj Act,” says Pradnya Dasarwar of Pune-based non-profit Yashada. “Its introduction was in the backdrop of the self-help group movement and women’s movements against alcohol,” she adds.

Since 2009, mahila gram sabhas have been piloted under the UN programme, Promoting Women’s Political Leadership and Gender Responsive Governance, in Karnataka, Odisha, undivided Andhra Pradesh, Madhya Pradesh, Rajasthan and Himachal Pradesh. The main objective behind holding these meetings is to bring to the fore matters that affect women which are generally ignored in male-dominated gram sabhas.

In Karnataka, the programme was piloted in 100 panchayats of Mysore and Dharwad districts. After the programme ended on June 12 this year, the Karnataka government issued a circular which made holding of mahila gram sabhas before the general gram sabha compulsory. In fact, in January this year, the Karnataka government constituted a committee to look into amending the Panchayati Raj Act. “In our report submitted at the end of October, we have recommended the provision of compulsory holding of mahila gram sabhas twice a year,” says state legislator K R Ramesh Kumar, who chaired the committee. “The recommendations would now be discussed in the state Assembly during the winter session in November,” he adds. 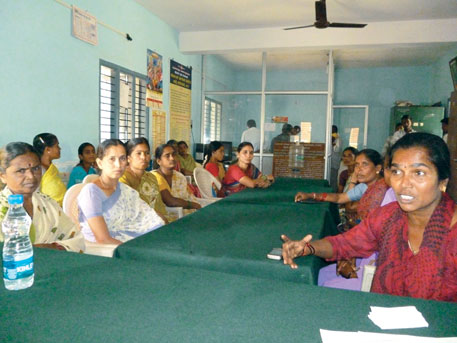 Two years ago, the programme was piloted in two districts of Himachal Pradesh. “Now the state plans to amend the Panchayati Raj Act and include mahila gram sabhas,” says Kanwal Sharma, deputy director of the state panchayati raj department.

Can mahila gram sabhas be a long-term solution for the political empowerment of women, especially in rural areas? Experts say these councils still have a long way to go since India’s political system is hostile towards women. “Panchayati Raj is a state subject. We can only persuade states, not force them. Some states listen but most don’t. They are unwilling to share power with panchayats,” says Rashmi Singh Shukla, joint secretary, Union Ministry of Panchayati Raj.

Adds T Raghunandan, former joint secretary of the Union Ministry of Rural Development, “My fear is that such sabhas would go the way of general gram sabhas which have been captured by the influential.”

What then is the way forward? Alok Pandey from New Delhi-based non- profit PRIA (Participatory Research in Asia) says there is need of capacity building to support and sustain mahila gram sabhas. “Only issuing circulars regarding conducting of mahila gram sabha meetings are no longer going to benefit women. There is a need to improve their capacity,” says Pandey.