Be careful how land-use and land-cover changes 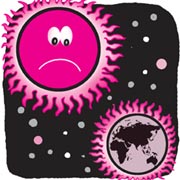 Land-use changes are transforming land-cover at an accelerating pace. These changes in terrestrial ecosystems also affect essential parts of our natural capital -- climate, soils, vegetation, water resources and biodiversity. The antiquity of land-cover changes has been the subject of the early classics of environmental science. George Perkin's Man and Nature is a monumental assessment of data and theories on the effects of land-cover changes, particularly deforestation. But in recent decades, humankind has totally ignored the natural limits in use of land resources. While this can be attributed to ever increasing population pressure and family fragmentation, it is greed more than need that has impelled humans to go beyond the laws of nature. So the effects of human perturbations in nature are multifarious: environmental degradation, disruption of the hydrological cycle, soil erosion, landslides, and carbon cycle disbalance.

Land-use and land-cover change is significant to a range of themes and issues central to the study of global environmental change. Forests are generally considered as carbon (co2) sinks, because of their capacity to trap co2 for photosynthesis and sequester it in the form of biomass. What happens to this carbon when forests are cut is still a mystery. Whether it gets into the atmosphere, or somehow remains entrapped is something still unknown.

But, it is well known that if forests are destroyed and converted to agriculture or other uses, the specific carbon sequestering capacity of a land is reduced or becomes totally nil. Recently the Council of Scientific and Industrial Research (csir) funded a study of a watershed in Sikkim to analyse the impact of land-use on carbon dynamics. The study revealed that land-use change from dense forest to open forest, from open forest to agricultural land and to wasteland resulted in a net release of 9.4, 7.5 and 7.8 tonnes of carbon per hectare per year respectively.

Besides vegetation, soil is another major storehouse of carbon. Its storing capacity varies according to land-use -- which determines if this storehouse is a sink or a source of carbon. The soil carbon stock is controlled by a balance: carbon input from plant production, and output through decomposition. In forests, the soil remains intact and thus there is less chance of erosion. But in agricultural land, the soil is prone to erosion. Consequently, carbon gets eroded through soil, and the productive capacity of the land is degraded. The vegetation carbon stock and the soil stocking capacity are positively related to each other. The results of the csir study showed that dense forests can store 9.5 times more carbon than agricultural soil, and 1.8 times more carbon than open forest soil.

If the results obtained from the watershed studied by the csir are extrapolated to entire Sikkim (assuming that same conditions prevail in the entire state), the total carbon released in the state would amount to 22.16 x 105 tonnes annually. If the same result is applied to the entire Indian Himalayan forest area, the total release of carbon would be 520.6 x 105 tonnes annually.

Global warming is an enormous problem, and all of us are responsible for it. Increasing level of atmospheric co2 can subside to some extent through afforestation programmes, conservation of natural and plantation forests and finally opting for agroforestry-based economy rather than open agriculture.

Efforts should be made to allow carbon sequestration under the Kyoto Protocol. A key objective should be to identify and implement best available management practices to improve soil quality, thereby ensuring food productivity and sustainability while simultaneously reducing co2 concentrations in the atmosphere. Cropland expansion will undoubtedly continue in the near future, but land-cover modification through increasing intensification of agriculture, is likely to be of greater importance than further land-cover conversion.