Exactly 25 years after the fall of the USSR, let’s take a look at its ‘consumeristic’ policies for exploiting natural resources at the cost of degrading environment and public health 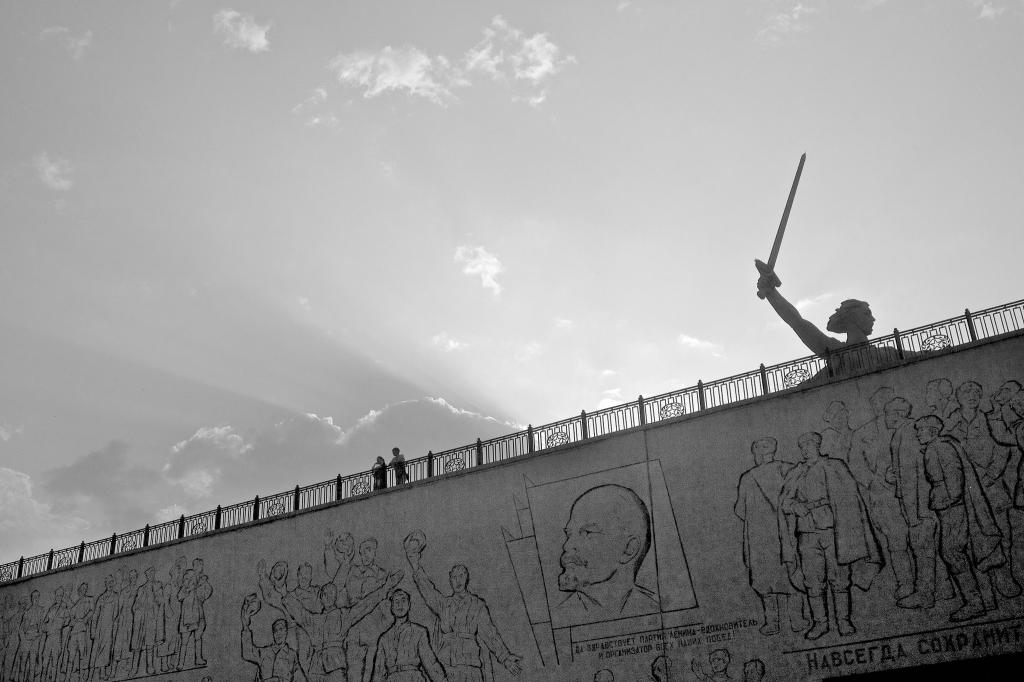 Leaving behind a legacy of environmental catastrophe

Twenty-five years ago, a superpower was wiped off from the world map. Soviet Union disappeared and 15 new countries appeared. These nations have trodden different paths since then, forming new identities, but the horrific history of distrust, irresponsible growth and sheer disregard for sustainable development have restricted their future endeavours to a considerable extent.

During seven decades of Soviet regime, there was a trade-off between economy and environment. Like many socialist states, the Union of Soviet Socialist Republics (USSR) believed in communal ownership of almost every property and treated nature as a free resource that the government has right to exploit. With very little regard for future, the USSR continued to run its economic engine, leaving behind a legacy of environmental catastrophe, including desertification and pollution.

While some still shudder at the memories of state repression and chronic food shortages, the fact that irreversible changes in nature had taken place during this regime cannot be overlooked. According to economist Marshall Goldman, who travelled extensively in the Soviet Union, “Government officials in the USSR generally have a greater willingness to sacrifice their environment than government officials in a society with private enterprise where there is a degree of public accountability. There is virtually a political as well as an economic imperative to devour idle resources in the USSR."

When ecological disasters and environmental crisis in the USSR are discussed, the example of the Aral Sea drying up due to diversion of water for increasing cotton production comes top of our mind. The fourth largest inland lake in the world lost more than half of its surface area by 2005. It was a direct effect of the Great Stalin Plan to reverse the flow of some northern rivers southward to the arid regions of Central Asia. 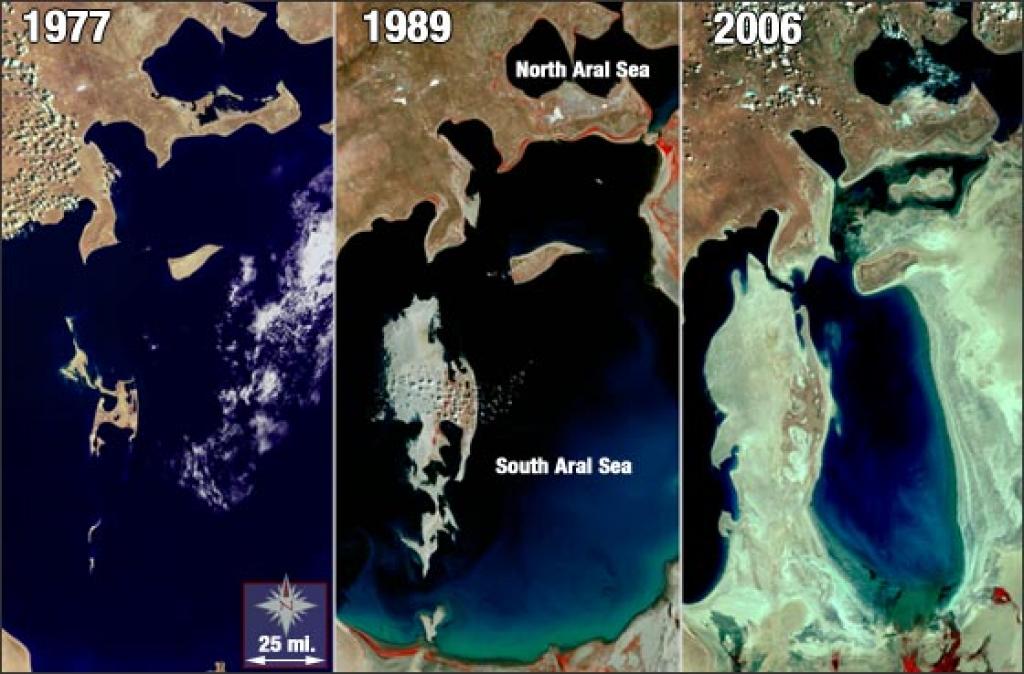 Given the Aral Sea’s history of use and misuse, the region’s residents became prone to several diseases, including tuberculosis, typhus, hepatitis, cancer and lung disease. Additionally, the Aral Sea basin area experienced the highest child mortality rate in the entire USSR. Exploitation of the Black Sea is another blemish in Soviet Union’s environmental record.  To meet housing and building construction demands, gravel, sand and trees around beaches were used as construction materials for decades. Massive beach erosion reduced the Black Sea coast by 50 per cent between 1920 and 1960.

Managing water resources was a failure and Lake Baikal, considered the oldest freshwater lake in the world, remains the best example of how resources were misused. As factories and pulp mills mushroomed in the era of phenomenal industrial growth, millions of gallons of effluents found their way into Lake Baikal and pronounced slow death to marine life. 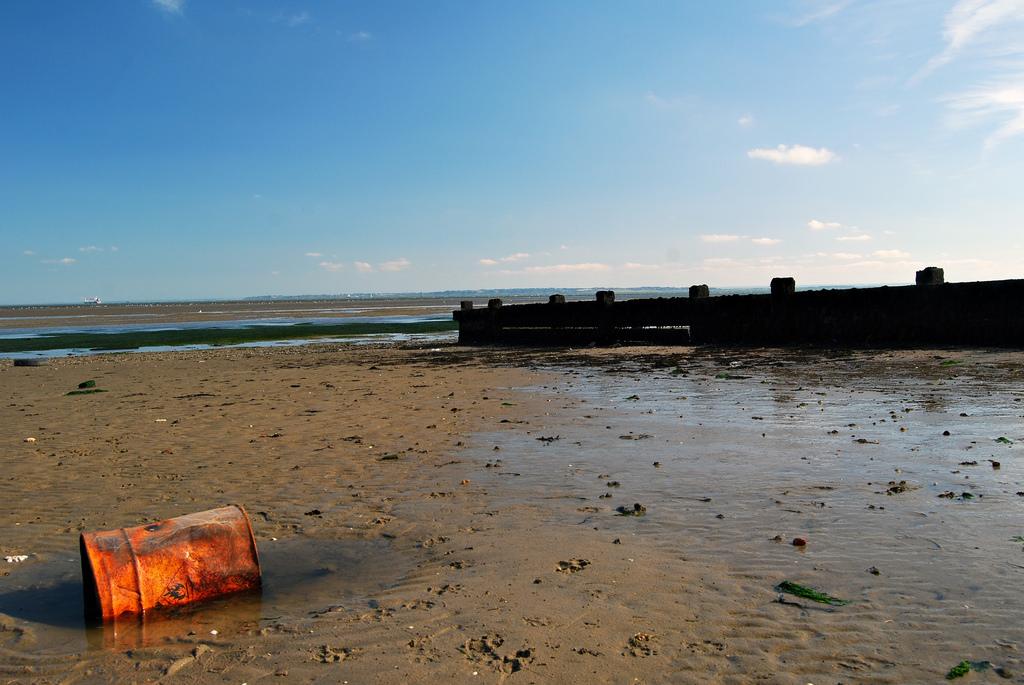 Statistics on natural resource management, pollutants and emissions from waste started becoming available only in the mid-70s. In 1988, Goskompriroda—a new agency—was formed to carry out comprehensive environmental protection activities of the country.  However, this institution, which was supposed to have independent experts working towards environmental protection, was stymied by bureaucratic pressure that affected work of other agencies. Goskompriroda's activities ended up serving entrepreneurial interests.

In 1990, the most policy-oriented report was compiled by Aleksei Yablokov, adviser to Boris Yeltsin on environmental affairs. According to Yablokov, some 80 per cent of all diseases were directly or indirectly related to environmental factors and only 23 per cent of Soviet children under the age of seven were determined as healthy.

Industrialisation vs preservation of natural resources

According to Article 18 of the 1977 Constitution of the USSR, the State was committed to "scientific, rational use of the land" and pledged "to preserve the purity of air and water, ensure reproduction of natural wealth, and improve the human environment”.

During the initial years of Soviet regime, the scramble for rapid industrialisation was evident, and so was the major push to shift from an agrarian economy to an industrial economy. It did expand USSR’s capacity in heavy industry and capital goods during the 1930s. The objective of preparing for a possible war was met and finally, it paved the way for Soviet’s emergence as a superpower after World War II.

While separate laws for land, minerals, water and forests were promulgated after the October Revolution of 1917, environmental protection in Russia remained an afterthought for close to four decades till the late 1950s. Environmental standards were loosely enforced as production was given the highest priority. Even the Soviet economists maintained that the USSR cannot afford excessive costs required for environmental protection.

Although a large number of decrees were passed during this phase of the Soviet regime, they were aimed at preserving scarce natural resources only to be exploited more efficiently. The public ecological consciousness used to guide each member in his or her dealing with natural resources, but the overall attitude was consumeristic. The prevalent belief that nature's resources were inexhaustible was aptly reflected in one of the slogans on those days, "We can't wait for charity from nature, we must conquer it".

Increasing interest in environmental protection was observed only during the final years of the regime. It emerged as a public issue during the rule of Mikhail Gorbachev, firstly as glasnost (“openness”) that introduced changes in environment outlook, and secondly as the country’s nationalist movements.

For the first time, an overall environmental policy appeared. The emphasis was given on an integrated approach to natural environment and the official discourse hovered around the idea that it was not environmental protection but ecological neglect that was too expensive.