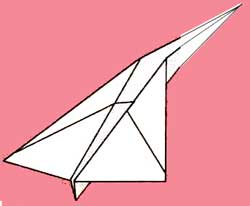 JULY 31 came and went, without the first meeting of the special committee of ministers, set up to decide upon the fate of the environment and forest ministry's (MEF) controversial captive plantations proposal, taking place. The issue still hangs fire.

The committee of 7 Cabinet ministers was formed on July 3 by the Cabinet Committee on Economic Affairs. It was the fallout of the heated debate over the controversial proposal that the MEF will lease out degraded forest lands to the paper industry to set up captive plantations to meet its raw material needs. Nath's senior colleagues, Pranab Mukherjee, V C Shukla, Jagannath Mishra et at had not taken kindly to it. The proposal is to lease out 2.5 million hectares (mha) of degraded forest, initially for 30 years, and renewable thereafter. Nath says the scheme will counter forest encroachments by the rural poor, and help regeneration. The ministry contends that the scheme will meet the fuel and fodder needs of the local people from 20 per cent of the leased plot, which the forest department will retain. The industry had been thirsting for just such a measure as the easiest way out of it's raw materials crunch. But environmentalists will hear nothing of this.

Harishankar Singhania, chairperson of the Development Council for Pulp Paper and Allied Industries, estimates the gap between demand and supply for pulpwood to reach 46.56 lakh tonnes by AD 2015. Singhania argues that captive plantation is the only real solution. The industry is demanding at least 2.97 mha of forest land to begin with, which should be subsequently raised to 22.01 mha by AD 2015.

Environmentalists find the argument fallacious. They contend that with the progress made in farm forestry in the past 15-20 years, it is possible to produce raw materials for the industry. To them, the demand seems "farcical", because there are 141 mha of cultivated land, and 35 mha farmer-owned uncultivable land available in the country for farming.

Environmentalists insist that industry should :)t be subsidised so heavily, NGOs are cynical )out the MEF'S qlaims that the proposed scheme ill meet the local people's needs, citing past :amples of such experiments as proof. Critics so assert that the scheme's off?tial raison d'etre, at it will counter encroachment, is blatantly sensitive to the,fact that these tracts provide illions of poor kople their fuel, fodder, and riall timber. Common lands legally available for azing of domestic animals are so marginal that e poor and landless have no option but to use forests and revenue lands. The scheme, they aver, will further pauperise the rural poor. NGOS urge that immedidte steps be taken up to regenerate these degraded forests through participatory management systems.

While industry argues that farm forestry cannot be a reliable source of raw materials, researchers from the Centre for Science and Environment, New Delhi, argue that the paper industry is downplaying the potential of the farm forestry- industry interface in meeting the raw materials crisis. The mid-'80s had seen farm forestry booming. However, it suffered a major blow when the Rajiv Gandhi government allowed cheap imports of wood, effectively destroying the domestic wood market. Indian will tree farmers paid through their noses.

degra- The debacle of the '80s has made the farmers wary of planting pulpwood species on their lands. But, environmentalists claim, the debacle supply grew out of lopsided governmental policies, and the paper industry's subverting the wood market, depriving the farmers of their rightful share.

And It is, therefore, only right that government and of industry should restore the faimers' confidence in pulpwood plantations. This can only be done by assuring the farmers of pulpwood sales at fair prices.