Every breath you take

Pollutants in the air damage more than the lungs, warn health experts

Every breath you take

In labs in many countries, scientists are beginning to find links between air pollution and critical illnesses ranging from cardiovascular diseases, cancer and diabetes to debilitating eye disorders and hypertension. No doubt research has improved in India in the past three decades. Nearly 60 per cent of the studies on health impacts of air pollution are now on vehicular pollution. Unlike other countries, most studies here are by doctors who deal with new health risks from worsening air quality. But regulators are yet to act effectively.

To create awareness about the new understanding of health impacts of air pollution in the country and highlight the need for more research and policy action, doctors, health experts and air quality regulators met in Delhi on August 31. The workshop, Dialogue : air pollution and our health, was organised by the Centre for Science and Environment, a Delhi non-profit, in collaboration with the Indian Council of Medical Research and the Indian Medical Association. Doctors at the meeting pointed out areas that need immediate attention. Priyanka Chandola report 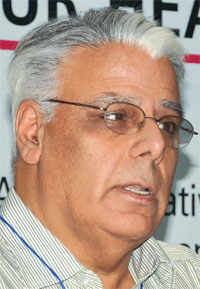 'We’re on tip of cancer iceberg'

There is no denying the fact that pollution is responsible for lung cancer, but unfortunately, we do not have clear-cut measures to find how much of the lung cancer is due to smoking and how much is because of pollution. The extent of lung cancer varies from place to place. Some studies blame pollution for the marginal increase in cases of breast, cervical and pancreatic cancers. The incubation period for such diseases is very long, 15 to 30 years.

Large cities will have to bear the brunt of their high pollution level. We are sitting on the tip of an iceberg. If this deadly combination of smoking and pollution continues in large parts of India, we will see an exponential rise in the incidence of lung cancer in the next 15 to 20 years. 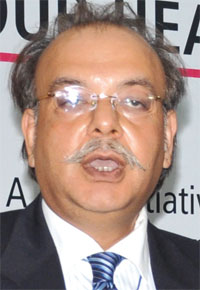 There have been growing incidences of premature deliveries and children with chromosomal and genetic disorders. Illnesses like allergic rhinitis, chronic running nose, chronic allergic conjunctivitis, ear infections, sore throats and pneumonia are also on the rise. This is because of environmental pollution.

In my personal experience, I have seen that the number of people with respiratory problems has gone up by 10-15 per cent in the past decade. Adolescents who had never wheezed as children are wheezing now. Children born healthy are coming back to us in four to six weeks with wheezing.

There is a paramount shift in the environmental pollution which is affecting our immunity system. Children under five are the most vulnerable. In fact, air pollution is a contributory factor to under-five mortality in India. It is also affecting the physical growth and neurological and psycho-social health of children.

They come to us with non-specific chronic headaches. They feel low in the winter months, not because of the cold weather but because of the fog and smog that tend to settle over metropolis like Delhi. And all these begin affecting a child even before it is conceived. 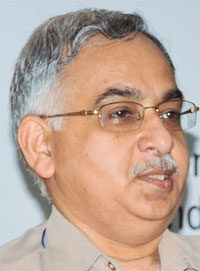 Whatever limited data that we have on ozone levels in Delhi show the concentrations exceed the safe limit. This is the reason there is an increased severity and frequency of symptoms among asthmatics. They are getting more sensitive to allergens because even a smaller dose of allergens triggers the attack in high ozone level. Ozone also induces asthma. Children growing up in high ozone regions have smaller lungs than others.

My studies on lab animals suggest their airway narrows when they are exposed to high levels of ozone. For some reason, younger people are more susceptible to ozone than older people. Studies have established that ozone affects at concentrations that vary from 40 to 80 to 120 ppb (parts per billion). These levels fall well within the national ambient air quality standards which is a matter of concern. 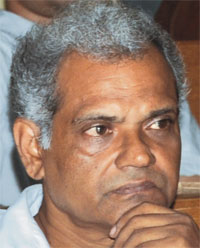 Air pollutants trigger changes in the lung cells that can lead to cancer. They trigger production of tissue-degrading enzymes in the lungs, causing Chronic Obstructive Lung Disease. They injure air tube walls, obstruct the airway and infect it, reducing lung function. 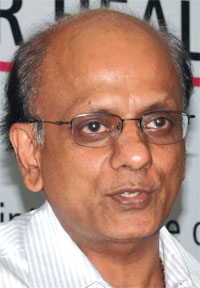 People say they do not go for morning walks because they do not have a pollution-free place. They opt for indoor exercises. Though they get the benefit of exercise, they lose the benefit of fresh air and this affects their cardiovascular health. As they do not get enough vitamin D (nearly 80 per cent of the Delhiites are vitamin D deficient), it indirectly leads to heart attacks. India is the heart disease capital of the world. Though the disease is multifactorial, one of the reasons has to be pollution. Studies have shown that short-term increase in particulate matter (PM) in the ambient air increases the chances of acute heart attacks. Even when ozone levels are high, it absorbs ultraviolet B waves, responsible for vitamin D. This deficiency leads to heart disease. Exposure to high pollution level also increases chances of thrombosis and blockages in the heart.

Those who live close to roads are prone to serious health risks, warn scientists. A recent study by US non-profit Health Effects Institute shows more than half of Delhi's population that lives within 500 metres from roads is most exposed to vehicular fumes. To guage the exposure, researchers from University of California, Berkeley, travelled in autorickshaws for 40 days last year in South Delhi, an affluent area in the capital with high economic activity. They measured the particulate matter concentration inside vehicles for 180 peak traffic hours and found that the concentration of harmful particles inside the vehicles was much more than that in the ambient air. The concentration of fine particulate matter (PM2.5) was 1.5 times more, while that of ultrafine particulates was 8.5 times more. In fact, short-term PM2.5 peaks were nearly 16 times the daily limit.