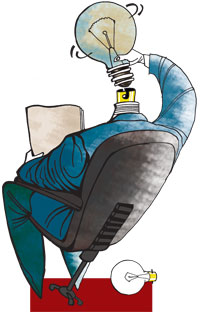 THE NATIONAL Green Tribunal has said that the Ministry of Environment, Forests and Climate Change should appoint only those people as chairpersons and members of expert appraisal committees who have “expertise and experience” in environment-related issues. In a judgement delivered on July 17, the court also said that the expertise of chairpersons should be in the area with which the committee is concerned.

The role of EAC is integral to the process of granting environmental clearance to development projects. According to the Environment Impact Assessment (EIA) Notification, 2006, evaluation of proposals involves four steps: screening, scoping, public hearing and appraisal. EAC/SEAC are involved in various capacities in all the stages, except for public hearing. The selection criteria for EAC chairpersons are also given in the notification. “The [NGT] directions follow a close reading of the EIA Notification, 2006, where the criteria for choosing the EAC chairperson specify that he/she should be someone with expertise in public administration/management,” says Neeraj Vagolikar of non-profit Kalpavriksh, a petitioner in the case. The court observed that the selection criteria are not appropriately outlined and has asked the Union Ministry of Environment, Forests and Climate Change (MoEFCC) to revise it. Till the revision is done, no new appointment can be made, says the order.

The NGT order came in response to a petition originally filed before the Delhi High Court in 2011. Apart from Kalpavriksh, Goa Foundation and Manoj Mishra, retired chief conservator of forests of Chhattisgarh, are also party to the petition. The case was transferred from the High Court to NGT in April 2013.

The petition held that the primary objective of MoEFCC is to protect the environment and EACs, being the key bodies advising the ministry on environmental clearances, have a vital role. But these committees have given several controversial decisions because the chairpersons lacked requisite expertise, states the petition.

The reason behind this is the change in the selection criteria of EAC chairpersons. Since the first draft EIA notification of 1992 where the emphasis was on expertise, the focus has shifted to managerial ability (see ‘Changing criteria’). However, MoEFCC says the criteria, as specified in the EIA Notification of 2006, have been modified through a ministry notification issued in October 2007. But it is worth noting that the modified provision still retains the clause “public administration or management” expert for selectingEAC members.

The MoEFCC currently has seven EACs for different sectors. Of the six EAC chair- persons (coal and thermal power have the same head), four are from the Indian Administrative Service.

It is difficult to ascertain how the experience they have helps them comprehensively evaluate the environmental and social impacts of a proposed project.

“A S Lamba, who holds the crucial chair position of two major sectors—coal mining and thermal power—has barely been affiliated with an environment- and forest-related position,” says environmental lawyer RitwikDutta. Lamba’s last posting was as secretary, Ministry of Development of North Eastern Region. Prior to that, he was a special secretary in the Ministry of Agriculture. He has also held various administrative positions in the Ministry of Surface Transportation (see ‘Current chairpersons’).

Similar is the case of AlokPerti, chairperson of EAConriver valley and hydro sector. “Perti was involved with the coal ministry between 2009 to 2013, holding various administrative positions, and in ministries like defence and family welfare before that,” says HimanshuThakkar of South Asia Network on Dams, Rivers and People. His current affiliation with the board of Coal India Limited also raises questions of conflict of interest.

However, conflict of interest in EAC appointments is not new. The Delhi High Court made some significant observations in 2009 while hearing a case related to environmental clearance of Goa’s Borga iron ore mine. After it emerged that M L Majumdar, the then chairperson of EAC on mines, was the director of four mining companies, the court noted that “appointing a person who has a direct interest in the promotion of the mining industry as chairperson of the EAC (Mines) is an unhealthy practice, as that will rob the EAC of its credibility since there is an obvious and direct conflict of interest.”

The situation is a little better as far as appointment of members to EACs is concerned. An analysis of the background of EAC on coal and thermal power shows that the committee includes people who have been involved in these areas. One of the members, A K Bansal, has been the additional director general of forests in the Union ministry. Another, N K Verma, has been the additional director of the Central Pollution Control Board Similarly, C R Babu has served on the faculty of the School of Environmental Studies at the Delhi University.

Though the petitioners agree that the situation is better as far as appointment of EAC members is concerned, they say it “still remains problematic given the central role of the chairperson, particularly with them being ex-bureaucrats in commanding power”.

Considering the huge development push underpinning the current Union government’s agenda, a revision in the criteria for appointing EAC chairpersons is certainly needed. Appointment of EAC chairpersons based on their managerial merits is also problematic because such an approach focuses on meeting development goals and environmental fallout remains a secondary consideration.

NGT’s observation is significant in this regard: “If people who are not strictly qualified and eligible in the field of environment are selected as members of EAC/SEAC, the obvious result would be improper application of mind. ” The order adds that this “would lead to improper consideration and disposal of application for clearance filed by the project proponent”.