Fag end not near

The battle against tobacco consumption may just have begun

Fag end not near 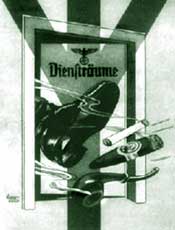 Governments all over the world usually mark World Anti-Tobacco day (May 31) by introducing measures to curb smoking. This year in India, the Union ministry of health and family welfare announced a ban on smoking scenes in films and television. However, despite many such measures, the war on tobacco may have only just begun.

Historically, tobacco consumption grew and spread to new countries after wars. In the 17th and 18th centuries, the Egyptians, Turks, Russians, French, Spanish, Mexican, us and British soldiers learnt different forms of tobacco use from one another and carried it home. It's not surprising that the first cigarette factory was opened in 1856 in Walworth, uk by Robert Golag -- a Crimean war veteran.

Cigarette sales soared when cigarette rations were introduced for soldiers during World War- i. In 1914, just after the outbreak of the war, John J Pershing, commander-in-chief of the American forces in France in 1917, called tobacco "indispensable to the daily ration as it soothed the nerves of war-battered soldiers". Twenty-five years later when World War ii broke, us president Theodore Roosevelt declared tobacco a protected crop. It was projected as the wonder crop that would defend the us from the Nazis and the Japanese.

As cigarettes were sent to the troops, there were shortages in the uk and the us. At the same time, the trauma of war and poverty pushed many to smoke. The trend continued well after the war. More than half of the adult male population of the us and about a quarter of the country's female population smoked during the mid-1950s.

While the Allies were smoking more, Germany was on war against smoking. The country's Nazi rulers carried on a virulent propaganda against the practice, blaming it for lung cancer and almost every other disease known to humans. Adolf Hitler called tobacco, "the wrath of the Red Man (the American Indian) against the White Man". The German ministry of science and education, and the Reich health office, produced posters depicting smoking as the "typically despicable habit of Jews, jazz musicians, harlots, gypsies, blacks, homosexuals and communists". Lobbyists descended onto the schools, terrifying children with tales of impotence and racial impurity. Cigarette advertisements were banned.

At the same time, German epidemiology convinced the scientific community, the Fuhrer and the people of Germany that tobacco caused cancer. German physicians Franz Muller in 1939, and Eberhard Schairer and Erich Schoniger in 1943 were the first to use case-control epidemiological methods to document the lung cancer hazard from cigarettes. Muller concluded that the "extraordinary rise in tobacco use was the single most important cause of the rising incidence of lung cancer".

Cigarette and tobacco consumption dipped by as much as 50 per cent between 1940 and 1950 in Germany. Post-war poverty further cut consumption. us consumption nearly doubled during that period; French and British consumption also rose. The us exported us $1 billion worth of tobacco between 1952 and 1974. This was part of its Food for Peace programme. In the late 1980s and early 1990s, the us exported two billion cigarettes -- a large proportion of this was sent to Poland and other East European countries where rampant unemployment and poverty drove many to take up the fag. Asian countries have also been targets of us tobacco companies. In the 1990s, Japan, Taiwan, South Korea and Thailand were threatened with sanctions when they resisted opening their markets to us cigarettes. All these nations gave in. But in 1992, Thailand won the right to ban cigarette advertising under a General Agreement on Tariffs and Trade ruling which allows countries to give "priority to human health over trade liberalisation".