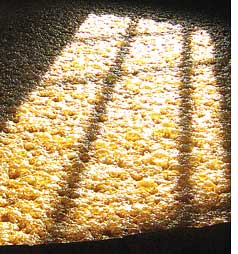 Remember the last time you had a crisp dosa? As the morsels disappeared into your mouth, you probably would have said a word or two in praise of the cook for getting the rice-black lentil batter into the perfect proportion. But would you have credited a few anonymous little creatures for this culinary dexterity? The microbes, bacteria and yeast that worked tirelessly on the batter for about a day-and-a quarter giving the dosa lots of nitrogen, soluble proteins, reducing sugars and enzymes? It's they who made your snack fluffy and tangy. The English language terms their labour as fermentation.

The actual values of proteins, carbohydrates and minerals are rarely measured in finished products. But a breakfast consisting of a mixture of fermented cereal and pulses was found to be more filling than other foods like white bread, rice flakes and semolina preparations by researchers from the department of food science and nutrition, Shreemati Nathibai Damodar Thackersey Women's University in Mumbai. The researchers attributed this to the high protein, high fibre content and greater water to volume ratio of fermented food. See recipes idli and dhokla

Shikha Sharma, a dietician from Delhi points to another significant quality of fermented foods--foods worked on by microbes are easy to digest. Her favourite fermented food is khandvi, a nutritious gram flour cake. Khandvi, she says is good for people on a diet regime as it does not lead to weight gain.

In Haryana during the harvest season, March and April, a fermented form of bajra, rabadi, is used as protection from the sun. It consists of crushed bajra seeds soaked in buttermilk (seet). The mixture is cooked well and left overnight. The does not change the food's fat, protein and mineral content but makes it less acidic.

Other fermented foods also have medicinal uses. Dahi is said to check diarrhoea. Nutritionists say it regenerates damaged gut epithelium. "Fermentation converts lactose into glucose and galactose, which is easily digestible by even the lactose- intolerant. Also, milk does not have essential vitamins like B1, which bacteria in the curd provide," says P R Sinha, National Dairy Research Institute, Karnal.

But fermentation is not always good. It is used to prepare high calorie sweets like jalebis. But they are tasty nonetheless and in Uttar Pradesh, a jalebi with milk is considered a perfect start for the day. See recipe jalebi

Why do fermented foods from different kitchens taste different? Scientists say this because of the specific combination of microbes. K Jeyaram and his colleagues from the Microbial Resources Division, Institute of Bioresources and Sustainable Development, Imphal cite the example hawaijar, a popular fermented soybean dish of Manipur. They tested 41 hawaijar preparations and found that the distinctive taste of each dish was imparted by a specific combination of 274 microbes. Hawaijar was already known to have species of the bacteria Bacillus, the researchers also found species of bacteria Staphylococcus, Alkaligenes and Providencia. The study was published in the March 2008 issue of the International Journal of Food Microbiology (Volume 122, Issue 3). "Industry can use information about microbes associated with traditional fermented foods to develop production technology for quality fermented foods," says Jeyaram

But fermenting is time-consuming and is slowly losing its place in homes. Food companies have come up with packaged versions of idlis and dhokla. The friendly microbes do not work on these versions.

K Sudha Asokan, director of Ayurveda Centre, a private clinic in Delhi, says that idlis are the best breakfast food, especially for those with stomach ailments. Unlike other fermented foods that require baking soda, the idli batter ferments on its own. It has the right combination of carbohydrates and proteins. Even diabetics, who otherwise need to restrict their carbohydrate intake, can consume a limited amount.

Recipe
Take rice and urad lentil in equal proportions, soak it for some time and then grind it. A stone grinder is best for the purpose. The urad should be made into a fine paste but the rice needs to be ground a little less. The batter should be left to ferment overnight. Next morning, steam the batter in an idli cooker. Enjoy with either coconut chutney or sambar.

Priya Nair works in Centre for Environment Education in Ahmedabad and loves the local fermented food, dhokla. She thinks that a variety of pulses used in preparing dhokla make it an ideal snack. What's more, she says making dhoklas requires very little baking soda. Besides being nutritional, it is also very tasty and filling. Vegetables like lauki (bottle gourd) can be added to increase the nutritional value.

Recipe
Grind equal portions of rice, urad and moong. Take cup of the batter and mix it well with three cups of buttermilk. Ferment to 4 to 5 hours. Though baking soda (mixed with oil) can be used, this can be avoided if hands are used to mix the batter--body heat hastens the process of fermentation. Add green chilli, ginger and salt and pour in a greased plate. Steam the mixture and sprinkle red chilli powder and coriander. Steam again for a few minutes. Cut into pieces and enjoy.

Jalebi--the not so healthy savoury

The "not so low" on calories food, the jalebi is said to have originated in Arabia and brought to India by the Mughal rulers in the 16th century. People usually do not make this at home but the sweet is likely to be available in your neighbourhood sweet shop. During fermentation pH (the acidity) of the batter decreases from 4.4 to 3.3, but so does nitrogen and free sugar. The main bacteria involved are Lactobaccillus fermentum, L. buchneri, Streptococcus lactis, S faecalis.

Recipe
The sweet uses refined flour and curd. These are mixed with a bit of salt and fermented for 24-36 hours. The batter is then squeezed out of a cone in hot oil and fried. They are then dipped in sugar syrup. Saffron and cardamom are sometimes used to garnish.

Dahi - the most basic of fermented foods

According to PR SInha of the National Dairy Research Institute, Karnal, dahi reduces the levels of fasting blood glucose, insulin, free fatty acids and triglyceride. Many, many microbes are involved in this effect. In Bangladesh, a total of 266 strains of lactic acid bacteria were isolated from 28 Dahi samples. 50 per cent of them belonged to different species of the bacteria Streptococcus and 27 per cent belonged to Lactobacillus. Yogurt, not to be confused with dahi, uses only Lactobacillus culture. Companies coming up with probiotic dahi in India use only Lactobacillus.

Recipe
Cool boiled milk, mix a little curd into it (the correct measurement is 1 per cent of the milk but at home, one generally takes a teaspoon ), and do not disturb it for a few hours.