While commercial vehicle operators appeal to the Supreme Court to review its order on the phase-out of 15-year old vehicles, the Delhi government ponders over a new financial scheme for them. But will the mechanism work?

By Manish Tiwari And Anumita Roychodhury 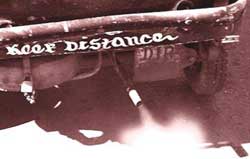 CHASTISED by the recent Supreme Court ruling on the enforcement of a ban on 15-year old commercial vehicles by October 2, 1998, the Delhi government has come up with a draft proposal on a financial package for these vehicle owners to meet the cost of replacing their old vehicles. Rajendra Gupta, transport minister of Delhi, said: "The government is committed to share the burden of those who will be affected due to the implementation of the phase-out plan."

Under the scheme, the government will subsidise the interest on the loan taken for the purchase of the new vehicle. The Delhi Finance Corporation (DFC) will give 75 per cent of the cost of vehicle and the owner will have to pay the remaining 25 per cent. The repayment of the loan will be spread over a period of four years at an interest of four per cent. It is this interest which is to be subsidised. An additional interest subsidy of three percent will be given to buy vehicles to run on alternative fuels (CNG/LPG).

An alternative under consideration is to reduce sales tax on new commercial vehicles. However, it is the first scheme that has been worked on in some detail.

The Delhi government hopes that the additional revenue expected to be generated from the sale of the new vehicles as part of the replacement programme will be enough to meet the cost of the subsidised loan without much strain on the exchequer. A calculation of the transport department shows that if all the phased-out vehicles are replaced by new vehicles, then the government would earn about Rs 45.37 crore from sales tax, which is eight percent. The scheme would cost the government about Rs 47 crore.

Thus, there would only be a marginal impact on the government's exchequer. Subsidy package for replacement of all 15-year old vehicles with conventional fuel vehicles will cost Rs 42.08 crore and with alternative fuel, Rs 73.64 crore during 1998-99.

The incentive package is based on the assumption that this will be easy on the vehicle owners as they will be able to save more due to improved efficiency of the new vehicles. Based on discussions with auto rickshaw operators, the department has calculated that the auto rickshaw owners would be able to save an extra Rs 1,300 every month, if they drive new vehicles (125 km per day on an average for 25 working days) as the new vehicle is expected to be at least 30 per cent more efficient than the old ones. Therefore, if an auto rickshaw operator borrows Rs 40,500 as loan from the DFC, he will have to pay Rs 1,233 as monthly instalment, which is less than the extra savings he will make if he uses the new vehicle. Further, four per cent interest subsidy will amount to Rs 4,451, which works out to be Rs 100 per month. Hence, an auto rickshaw will have to actually pay a monthly instalment of about Rs 1,133 per month.

Said Bibek Debroy, economist, Rajiv Gandhi Foundation, "The government has not come up with innovative fiscal measures to meet the requirements of the Ipng-term phase-out plan. Sales tax is the most important revenue of the state government. This revenue goes to the consolidated fund which is used to finance all government programmes. How can a cash strapped government lock up a chunk of this revenue to give subsidised loan? The whole scheme is dysfunctional."

Debroy emphasises the need for developing new fiscal systems to create committed funds to help meet the cost of the changeover. In the absence of additional source of revenue and committed funds to finance this programme, even the Delhi government is not very confident about the viability of the new move. The transport minister told Down To Earth that his ministry has sought time from the Supreme Court till March next year so that it can work out the financial feasibility of the programme.

Demand for a fiscal measure was raised for the first time when the Delhi Government did a volte face just before the Parliamentary elections in February this year, and changed its earlier decision to ban all 15-year old vehicles to protect votes. It was pointed out by environmentalists that the severity of the economic impact of this decision could have been minimised by providing fiscal incentives. "Instead of running away from such politically hard decisions, the government should have designed appropriate fiscal policy to win support," said one economist. The Centre for Science and Environment, for instance, had proposed to the government that funds could be raised to finance this package by raising the ridiculously low one-time road tax on scooters and cars. Owners of expensive cars worth over seven to eight lakh, pay a pittance as one-time road tax to use scarce road space in Delhi. The incidence of road tax comes to just about three to five paise per km which can be increased substantially.

But the Delhi government had shown little interest in going for an imaginative fiscal planning. The state government had, in fact, turned down the union leaders' demand for financial support to vehicle owners to be affected by the ban order. Laments Devendra Puri, general secretary of Federation of Transport Union Congress (Fruc), "The finance minister of Delhi, Jagdish Mukhi, told us that his government did not have money for us. Even the transport minister was silent over our demand."

Ironically, the automobile industry which is going to benefit the most from the replacement market in the short run, apart from expressing jubilation at this move, disowns all responsibility to facilitate the replacement programme. Says Rajat Nandi, executive director, Association of Indian Automobile Manufacturers (AIAM), "Industry cannot afford any separate financial incentive as it is in the grip of a crippling recession." U K Kunni, general manager, R&D, in Hindustan Motors Ltd argues, "If our new CNG line of vehicles are purchased to. replace old vehicles, low running cost will make up for the cost of replacement." Industry representatives say that the automobile dealers should come up with some schemes like exchange offers. Not ready to shoulder the burden, the automobile industry demands that the government should bear the cost as the sales tax and excise revenue (at eight per cent and 45 per cent respectively) are expected to increase from the expected sales boom.

Economists are unhappy at the industry's stand. Debroy says, "In the us and Europe, manufacturers have introduced schemes to support government's pollution control measures, particularly, the fleet replacement programme." At present, the manufacturers are busy gauging the market. The phase-out plan is expected to create a huge market for commercial vehicles in the future as more and more vehicle will go off the roads with age. Based on the phase-out plan of the Delhi government, AIAM has already calculated the number of vehicles that will be relocated as per the Delhi government's plan between 1998 and 2005. (See table: A notification issued under section 20 of the Air Act by the Delhi government in October 1997, had come up with a detail plan to phase-out old commercial vehicles in stages 15-year old by March, 1998; 12-year old by March 1999; 10-year old by March 2000; and all medium and heavy vehicles more than eight years old by March 2001).

Despite making these projections the industry is still cautious about admitting the expected size of the market for new commercial vehicles in Delhi. They even endorse the transport union's idea that vehicle owners will not replace their vehicles immediately. The union representatives feel that even with the subsidised loan it will not be possible for them to buy new vehicles so fast. The FTUC, in the review petition filed in last week of August, have submitted that "about 90 per cent taxi and auto owners are not in a position to buy these costly new vehicles. Particularly the small transporters who mostly use second-hand trucks will be hard hit."

While differing perceptions prevail over the actual number of vehicles to be affected by the ban order and the capacity of the transporters to buy new vehicles to replace the old fleet, supporters of the move like Kiran Dhingra, former Delhi transport commissioner, "In view of the cost in replacing old vehicles, fiscal incentives will help the government to draw support for such difficult decision from the people."