People displaced by a dam on the Tawa, the Narmada's biggest tributary, charted their own rehabilitation through exemplary management of natural resources 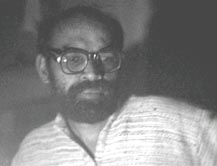 the Tawa dam, in Hoshangabad district of Madhya Pradesh (mp), tells a story of success where the people displaced chart their own rehabilitation by fighting for their water and land rights.

A thousand people in 44 relocated villages around the Tawa reservoir are living a contented life today thanks to the efforts of the Tawa Matsya Sangh (tms), a cooperative of fisherfolks in Tawa formed on October 3, 1996. Despite a bad catch in the Tawa reservoir last year because of the drought, the tms has still a turnover of Rs 52 lakh and paid the government Rs 18 lakh by way of royalty.

Cooperative fishing is not new in the state. But, "Tawa set a precedent of sorts where the displaced people played a key role in managing the natural resources," says S K Mukherjee, former director of fisheries, mp .

"Hum chor se maalik baney (we have become owners from thieves)," says Banwarilal of the Peepalpura Samiti, a village committee of the Tawa reservoir. Earlier, Banwarilal and his fellow villagers had to poach in the reservoir as they did not have fishing rights. Now they are the virtual owners who can rightfully fish and keep poachers at bay. However, it has not been a cakewalk for them. The fight started with the building of the dam on the 172 km Tawa river, the longest tributary of Narmada.

Originating in the Mahadeo hills of Chindwara district, the Tawa flows through Betul, before joining the Narmada in Hoshangabad. The dam, in the Narmada valley, began in 1958 and was completed in 1978. It submerged forest and agricultural land creating a 21,000 hectare reservoir. Although the farmers were given land elsewhere as compensation, the forest dwellers were left with nothing.

Fishing operations started in Tawa in the mid-1970s. Till 1979, the State Fisheries Department had the fishing rights which was later taken over by the Madhya Pradesh State Fisheries Development Corporation. However, the annual production was poor with only 84 tonnes of catch in 1993-94, much less than the 93 tonnes harvested in 1996-1997, the first year of tms .
The employment situation was dismal, too, with less than 200 of the 4,000 displaced people employed, that too with an annual income of only Rs 3,000. According to Banwarilal, they got ridiculously low money for their catch. For a kg of small fish (about 250 grammes each), they were paid 60 paise and for the bigger ones, each weighing 4-7 kg, they were paid Rs 4-5 per kg. "We also did not have any fishing equipment. Only about two per cent of us had nets and boats," says Dilip of Jhunkar village. The banks also declined to give loans as the repayment record was poor. "If you have no money to eat, how are you going to repay loans?" he asks.

Such conditions continued till 1994 when the fishing rights were given to contractors. Since then things took a turn for the worse. "With the government, we could at least get some fish to eat, with the contractors, we were driven to poaching," says Brijmohan of Madiko village."Our boats and nets were also seized," he said. The contractors drove the local people away and got cheap labour from outside. "They terrorised the village community by bringing in hoodlums," says Sunil Gupta, adviser to tms .
By 1994, the people had had enough. They got together with the help and guidance of the Kisan Adivasi Sangathan (kas), a non-governmental organisation (ngo) working among tribal people, and started the struggle for their rights. The kas was founded in 1985 by like-minded youths.

Around the same time, 17 villages around the nearby Bori wildlife sanctuary had to be evacuated to make way for Project Tiger. This sanctuary spreads on both sides of the Tawa reservoir. The villagers refused to move knowing well the fate of the displaced and joined the movement.

The turning point of the movement came when after a chakka jam (blockade) on December 9, 1995, the government created a committee under B S Baswan, then principal secretary of the department of welfare of scheduled tribes, scheduled castes and backward castes, to assess the issue. The committee recommended that fishing rights be granted to the people. On October 24, 1996, the Madhya Pradesh cabinet decided to give to the people of Tawa the fishing rights. A five-year lease agreement was signed two months later and people from 33 villages of Tawa, on January 2, 1997, started the new year with the first catch.


Even the fishing methods used were scientific. The nets have big perforations to avoid catching small fish. And even if they are caught, they are released back in the water. And unlike the contractors, explosives are not used for fishing. "It is a perfect example of the concept that given to the people, natural resources are managed better," says Sunil.

To provide the fisherfolk with money during the lean season, the cooperative has a system of deferred wages. Money is kept aside and handed over to the villagers when fishing stops during the breeding season from June 16 to August 15 every year. This year, the total amount given to villagers is Rs 5.9 lakh. "On an average, it comes to Rs 12,000 per person during the closed season," says Sunil.

The tms has a scheme of shares too. Each member of the primary society has a share of Rs 100 and each society has a share of Rs 1,000 in the cooperative. The federation has a considerable share capital, which helps the fisherfolk get loans. Since all the profit made by the federation is ploughed back, there is a sense of attachment between the two. "The fate of all the people are intricately linked with the federation. This is one of the reasons why Tawa has been such a success," says Sunil.

While the primary societies do the fishing, the cooperative does the marketing, stocking of fish and providing fishermen with nets and boats. With about four marketing centres located near the three fish collection points of the reservoir, brokers are done away with. "Local market has the first priority. After that, the fish is sent to places like Bhopal, from where it goes to Delhi and Howrah," says Sunil.

As the story of the Tawa spread, opportunities flooded. Banks started giving out loans. With loans of Rs 3,000 from the Integrated Rural Development Programme, everyone now has a net.

The most remarkable thing about tms is that only 50 per cent of its members are actually involved in fishing. The rest are passive members who work for the sangha out of a sense of belonging.