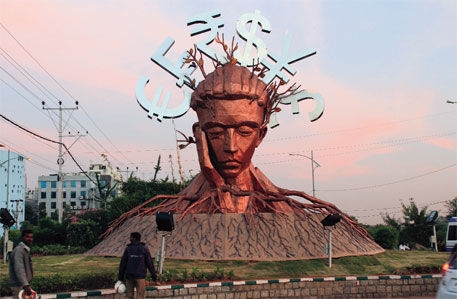 Forests constitute 80 per cent of the earth’s terrestrial biodiversity. But instead of protecting it, the international community at the recently concluded Conference of Parties-11 to Convention on Biological Diversity (CBD) seemed more keen on using it as carbon stock.

In Hyderabad, countries discussed guidelines to safeguard forest biodiversity from the possible adverse impacts of REDD+, a financial mechanism that pays developing countries for managing their forests better. But the countries did not endorse the guidelines and left it to the United Nations Framework Convention on Climate Change (UNFCCC) to take the final decision. It recognises the role of conservation and sustainable management of forests and enhancement of forest carbon stock in reducing emissions. But the focus is limited to carbon emissions.

Concerns have, therefore, been raised over the possible adverse impact of REDD+ on forest biodiversity and the rights of indigenous communities. It is feared the mechanism may lead to conversion of natural forests to monoculture plantations of little biodiversity value. While there is no guarantee that communities will get equitable share of benefits from the activities of REDD+, rights activists fear the money may encourage governments and conservation organisations to deprive communities of their forest rights.

To counter these threats, in 2010 UNFCCC had adopted safeguards at its 16th CoP in Cancun. “But the safeguards were generic and non-binding. A system for providing information on how the safeguards could be addressed was proposed, subject to the sovereignty of nations. None of the nations took them seriously,” says Simone Lovera of international non-profit Global Forest Coalition. In 2010, CoP-10 of CBD had decided in Nagoya to advise parties on the REDD+ safeguards for their approval in CoP-11 in Hyderabad. After consultations with experts and stakeholder countries, the CBD secretariat prepared a detailed advice in August this year. Key aspects of the advice were: clarifying land tenure issues in forests; land-use planning at the national level; developing and applying national-level REDD+ safeguards and integrating them with national biodiversity laws and policies; providing tangible livelihood benefits to communities and ensuring equitable access and benefit sharing.

“This seemed a positive step. However, there was little hope that the countries would adopt the safeguards. Forest carbon is considered cheap. Applying safeguards would make it costlier and reduce profit margin for countries,” says Swati Shresth, fellow at Ashoka Trust for Research and Ecology and Environment, a Bengaluru-based non-profit. The Subsidiary Body on Scientific, Technical and Technological Advice (SBSTTA) of CBD, which prepared the advice, said countries should implement the safeguards as soon as possible because REDD+ is at various stages of implementation in different countries.

The EU supported the advice, saying CoP should consider means of monitoring and assessing the impacts of REDD+ on biodiversity. But developing countries, where the REDD projects will be implemented, did not show interest. Brazil, India and Group of Latin America and Caribbean Countries said information on safeguards has to be country-driven, as per UNFCCC decisions. Finally, CoP decided to ask the CDB secretariat to modify the advice taking into account the relevant UNFCCC decisions and report it to SBSTTA before CoP-13.

Groups working on forests criticised parties to CBD for giving too much importance to UNFCCC. “It seems forest is no longer an ecosystem that falls under the mandate of CBD. It is just a carbon stock that falls under the mandate of UNFCCC,” said Lovera. She said other issues on forest diversity were not discussed as enough work could not be done on them due to fund crunch. “All they did was discuss a non-binding advice for non-binding safeguards for an inherently flawed REDD+ regime,” she said.