Forestry should be tied with agriculture for socio-economic development

While agriculture can feed the world’s population, it is responsible for deforestation globally. The SOFO report shows how food security can be ensured by maintaining forest cover 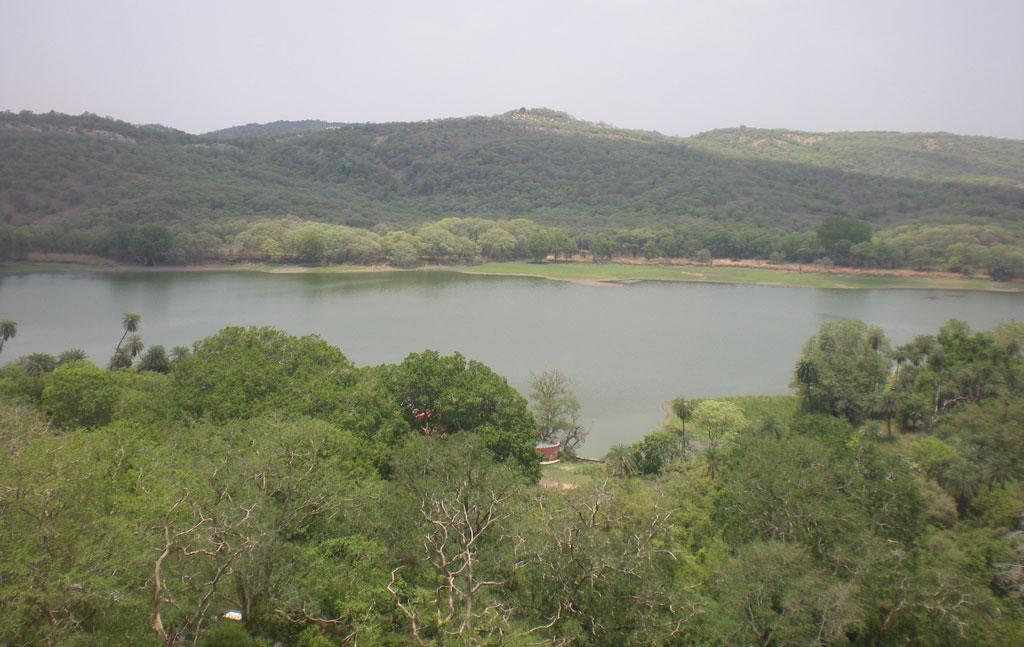 The latest edition of the State of the World’s Forests (SOFO) report explores the relationship between agriculture and forestry for a food-secure future.

"The 2030 Agenda for Sustainable Development, as well as the Paris Agreement on climate change, recognises that we can no longer look at food security and the management of natural resources separately," said FAO Director-General José Graziano da Silva.

Food production and the role of forests

While agriculture can feed the world’s population, it is responsible for deforestation globally. The SOFO report shows how food security can be ensured by maintaining forest cover.

According to Jonah Busch, senior research fellow at the US-based non-profit Center for Global Development, “…forests contribute toward the achievement of many Sustainable Development Goals—not just climate and biodiversity, but also food security, energy, clean water and health.”

The report says that forests support sustainable agriculture by stabilising soils and climate, regulating water flow, providing shade and shelter and providing a habitat for pollinators and natural predators of agricultural pests. When integrated judiciously into agricultural landscapes, trees can increase agricultural productivity.

Forests ensure the food security of millions of people worldwide, as they are important sources of food, energy and income.

The SOFO report shows that some countries have successfully increased agricultural productivity while also halting and reversing deforestation.

Deforestation was most prevalent in the temperate climatic domain until the late nineteenth century and is now greatest in the tropical climatic domain, the report says.

Temperate countries have been decimating their forests for centuries, but these days most of their primary forests are protected. The tropics, on the other hand, are losing an area of forest the size of Portugal every year.

Seventy-one per cent of deforestation in South American countries in 1990–2005 was driven by increased demand for pasture, 14 per cent was driven by increased demand for commercial cropland and less than 2 per cent was the result of infrastructure and urban expansion. In Southeast Asia, oil-palm plantations and production of biofuels have replaced natural forest. 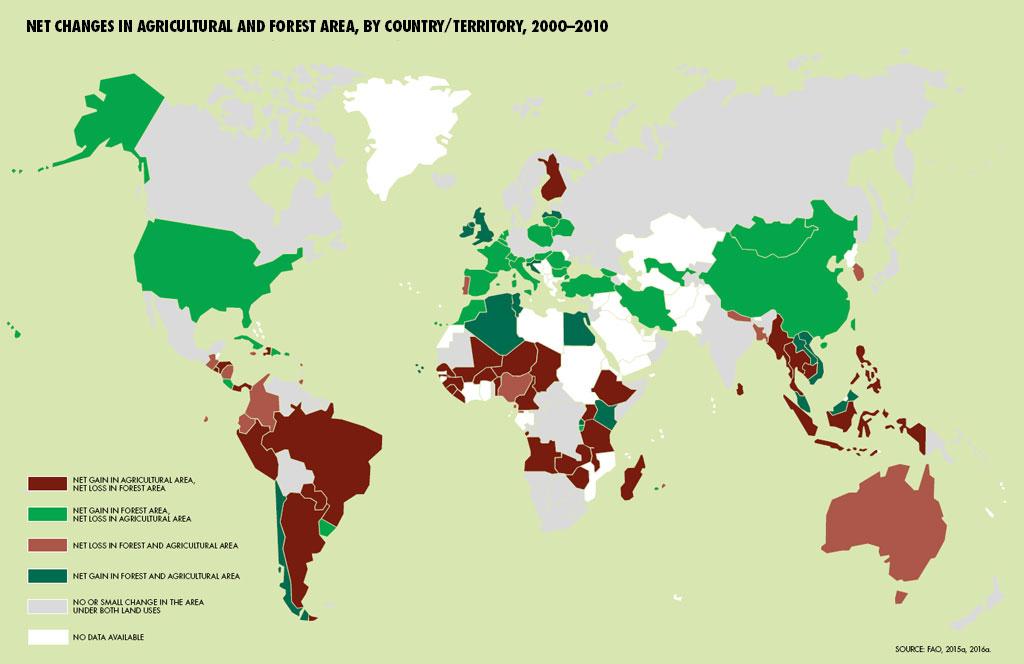 “Combating climate change and ensuring food security are both extremely important. When you compare the numbers, deforestation contributes more than 10 per cent of greenhouse gas emissions annually, but it only expands the world’s agricultural land by around one-tenth of a per cent a year. This means that protecting and restoring forests is critical for stopping climate change, but the big gains in improving food security will happen elsewhere,” Busch said.

Both charts have been taken from the SOFO report.

Successful integration examples from around the world

Forests play a vital role in securing rural livelihoods through generating income in the form of goods and environmental services. According to the SOFO report, forests can also serve as safety nets during food-scarce periods.

“Forests have been cleared to gain agricultural land for millennia…this was part of economic development,” said Eva Muller, director of Food and Agriculture Organization’s forestry department.

“The more forest we have, we can get multiple benefits,” A K Ghosh, founder director of Kolkata-based non-profit Centre for Environment & Development, said.

The SOFO report says that since 1990, over 20 countries have succeeded in improving food security while maintaining or increasing forest cover.

The report presents case studies from seven countries—Chile, Costa Rica, The Gambia, Georgia, Ghana, Tunisia and Viet Nam—that show how food security was ensured through an increase or maintenance of forest cover.

Six of these countries achieved a positive change in the period (1990-2015) in two food-security indicators—the prevalence of undernourishment and the number of undernourished people—as well as increase in the forest area.

The Gambia only succeeded in achieving the first goal of halving the proportion of its hungry people.

Viet Nam’s success lies in the shift from state forestry to multi-stakeholder forestry involving the active participation of local communities. This includes a forest land allocation programme and forest protection contracts entered into with local households.

According to Ghosh, taking the local communities into confidence is important while managing and conserving forests. “People depend on forests for food and fuel, so real participation (read local communities’ active involvement) is must.”

There is now around 4, 500 private forest companies and village-level forest management boards have been established in more than 10,000 villages. Public investment in forestry has also increased.

Viet Nam’s forest cover has increased from 28 per cent in the 1990s to nearly 40 per cent in 2013, despite deforestation and forest degradation.

In Costa Rica, deforestation was prevalent the 1980s due to the conversion of forest cover into pastures. The country reversed this trend due to its forest law, which now prohibits changes in land use from natural forest.

The system of Payments for Environmental Services, which provides farmers with incentives to plant trees and supports forest conservation, has been a positive trend. Forest cover has increased to nearly 54 per cent in 2015.

Net forest loss due to conversion has been halted. Previously, forests were regarded as “land banks” that could be converted as necessary to meet agricultural needs, the report says.

In Tunisia, national development plans recognise the beneficial role that forests can play in protecting land against erosion and desertification.

Soil erosion, a huge problem in Africa, is mainly caused by the exposure of the bare soil surface by inappropriate management practices such as cultivation, deforestation, overgrazing and drought.

The Status of the World’s Soil Resources report has established that 40 per cent of Africa’s soils are severely degraded.

In Tunisia, agricultural production has increased through intensification that makes better use of existing agricultural land through irrigation, fertilisation, mechanisation, improved seeds and better farming practices.

The report says that we do not need to remove forests to feed the ever-increasing population. Reeb added that countries need to achieve a kind of balance between forestry and agriculture. "We need to be cautious on how to manage forests," the FAO officer said.

Video on land use changes