The story of early US industrialisation 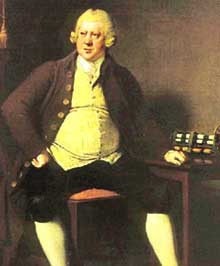 In the last decades of the 18th century, a garrulous North American was a conspicuous presence in the working class colonies of Manchester, England. He also frequented working class localities in other parts of England, and in Ireland. This was Thomas Atwood Digges, the scion of a wealthy family in Maryland, usa, and a thwarted novelist. But Digges was not in England in search of any literary pursuit. He was a spy on the look out for designs of new machines that inventors in early industrial England were producing. Much of early American industrialisation owed itself to the efforts of industrial spies such as Digges. According to historian Doron Ben Atar, "Copyright violations and outright economic espionage were key elements in the political and economic life of newly-independent us."

The founding fathers of the country realised that economic self-sufficiency was essential to ensure the political independence of the young republic. Besides, while in the 17th and even the early-18th centuries, Britain shared technological innovations selectively with its American colonies, it became less willing to do so once the colonies asserted their independence. Exporting industrial equipment from Britain's textile, leather, metal, glass and clock- making industries was prohibited in the 1780s. The New World responded with technology piracy. James Watt's steam engine was among the first to be copied. According to Ben Atar, the steamboats of John Fitch and James Rumsey used the technique employed by Watt's more famous steam engine. In 1787, Rumsey obtained a patent from the state of Virginia for steam navigation. Many followed in Fitch's and Rumsey's footsteps. Among them was Samuel Compton, whose spinning frame -- The Mule -- combined the techniques used by Richard Arkwright's famous weaving machine and James Hargreaves' Spinning Jenny.

But while spies like Digges could get copies of industrial designs or sometimes machines -- dismantled in Europe, only to be put back in the us -- there was a paucity of skilled hands to work the gadgets. So, European artisans had to be lured into emmigrating to the us. Once such incentive was giving "winners lottery tickets" to artisans -- the draws were rigged in favour of the immigrants. The artisans were also given gifts of land -- though the authorities took care to ensure that it was not used for agriculture.

England retaliated hard. In the late 1770s, the country's parliament ruled that all people leaving for the North American colonies from the British Isles, with intent to settle there, were required to pay 50. Besides, a 200 fine, forfeiture of equipment and a year in prison were laid down for those caught attempting to export industrial machinery. This did not deter spies such as Digges. An anti-emigration pamphlet, published in London in the mid-1790s, declared that "there are plenty of agents hovering like birds of prey on the banks of the Thames, eager in their search for such artisans, mechanics, husbandmen and labourers, as are inclinable to direct their course to America."

The American novelist's most famous recruit was William Pearce, a mechanic from Yorkshire who had settled in Belfast, Ireland. The wily Marylander claimed, "Pearce that was a second Archimedes and was the inventor of Richard Arkwright's famous spinning and weaving machinery, but had been robbed of his invention by Arkwright." After Pearce failed to get premiums from the Irish parliament in recognition of his mechanical innovations, he warmed up to Digges' overtures and agreed to emmigrate to the us. In 1795, Digges proudly reported to Secretary of State, Thomas Jefferson, that "a box containing the materials and specifications for a new invented double loom" was about to depart for American shores. "Pearce and two of his able assistants would follow, they reconstruct the machinery and put it to work," he added with much elation.

Digges had his fair share of critics. Many argued that he had blotted his record by working as a double agent during the American War of Independence. But supporters of this novelist-turned industrial spy included George Washington. The first American president declared that Digges' critics "should look no further than his activity and zeal (with considerable risk) in sending artisans and machines of public utility to this country."


Another Digges supporter was Alexander Hamilton. In 1791, this secretary of treasury submitted the seminal Report on Manufactures to the American Congress. The report had a section on aggressive technology piracy. Hamilton proposed a federally-orchestrated programme, aimed at acquiring the industrial secrets of rival nations. "Most manufacturing nations," Hamilton explained, "Prohibit, under severe penalties, the exportation of implements and machines which they have either invented or improved." "The us government," he argued, "Must circumvent the efforts of these industrially advanced nations by offering inducements and developing opportunities for employment."

Digges was delighted at the endorsement of his methods. He had 1,000 copies of Hamilton's report printed in Dublin in 1792 and spread among the manufacturing societies of Britain and Ireland. He believed the report would "induce artists to move toward a country so likely to very soon give them ample employ and domestic ease".

Hamilton's report also spawned the Society for Establishing Useful Manufactures, a New Jersey-based outfit created "to procure from Europe skilful workmen, and such machines and implements as cannot be had here in sufficient perfection." Ben Atar calls this society the most ambitious economic enterprise of the early republic. By 1794 it had built Paterson, a British-model industrial centre, on the banks of the Passaic river in New Jersey. "The entire project was founded on pirated knowledge," says Ben Atar.


But how long could the young republic flout international copyright conventions? us federal acts of 1790 and 1793 forbade patents on importation. "After all," says Ben Atar, "A self-respecting government eager to join the international community could not flaunt its violation of the laws of other countries." But though federal officials disavowed any connection to the theft of knowledge, piracy continued well into the 19th century. William Thornton, the first superintendent of patents, who ran the office almost single-handedly from 1802 to 1828, did not even insist that patentees take the required oath that their application was original. Ben Atar contends, "It is entirely possible that most of the applications received by the patent office during the first few decades of national independence were for devices already in use, elsewhere."


Let us see another example. In 1810, an American businessman, Francis Cabot Lowell, travelled to Great Britain for what he claimed was a tour of the English countryside. Along the way, he quietly visited the mill towns -- Manchester and Edinburgh -- that had become the heart of England's booming textile industry, thanks to Edmund Cartwright's loom -- one of the first great inventions of the industrial revolution. Although the textile factories were off limits to foreigners, Lowell talked his way in and memorised the loom's design. Back home, he had a version built, and made it the centerpiece of what was to become the booming industrial township of Massachusetts.

At the close of the 18th century, the us comprised underdeveloped and badly-connected agricultural settlements. It was transformed into an industrial superpower in the next 75 years. Technology piracy played a very important role in the success. It's another matter that the us flaunts a holier than thou attitude on patents today.