Freedom on the freeway

Freedom on the freeway 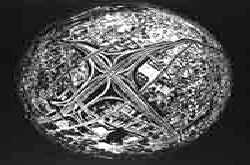 grassroots movements and the people of northwest California have won a major battle over keeping the state's highways pesticide-free. The victory has been scored over Caltran, the California agency that manages 24,135 km of land running along freeways. One of the largest and most powerful organisations of its kind, Caltran spends about us $30 million each year in maintaining roadside vegetation. The agency announced on March 17, 1997, that it would stop spraying pesticides wherever local authorities requested it to do so. Caltran is the single-largest user of synthetic pesticides in the state. Grassroots activists, in a campaign spearheaded by Cali-fornians for Alternatives to Toxics ( cats ), prevailed against the agency and 1,287 km of California's highways are now herbicide-free. Their victory is bound to inspire other communities in the state.

Residents of the rugged and sparsely populated north coast of California have been protesting against the spraying of herbicides like simazine and diuron since 1972. But it was not until 1989 that cats organised 23 groups in 14 counties to sue Caltran under the state's environmental law.

To avoid litigation, Caltran agreed to stop spraying. However, six years later, fullscale spraying was resumed, the reaction to which was intense. Within a year, several vocal grassroots groups sprang up. Some like Neighbors against Herbicides and Poison-free joined forces with other established organisations like heal in Lake county, the Mendocino Environ-mental Center and Friends of Del Norte. cats was a source of information, did the networking and helped with formulating the movement's strategy. By early 1997 rallies began to be staged, sometimes on a weekly basis. More than 4,000 people had signed petitions.

Protests escalated dramatically in the weeks preceding Caltran's stunning policy reversal. The arrest of four protesters who blocked a spray truck galvanised the campaign further. Such actions helped generate a high-profile media coverage. Representatives of the state legislature also took a strong position in defence of the campaign. Caltran submitted this time as it realised that the issue transcended community divisions and had gained broad support. The opponents included Indian tribes, loggers, parents of school children, rural mail deliverers, farmers, health practitioners and many others who did not consider themselves hard-core environmentalists.

In its long-awaited environmental report which was published in 1992, Caltran proposed a schedule of a 50 per cent reduction in herbicide use by the year 2000 and an 80 per cent cut by 2012. The agency now claims to have brought down its use of herbicides by 34 per cent since 1992, mainly by narrowing the width of the area defoliated on freeway shoulders. And to help steer its way into a less toxic future, Caltran recently published an environment report on alternative methods of controlling vegetation and is currently building an extensive, site-specific database on native plants, one of the most promising options to replace chemicals. Never-the-less, the sprawling agency has been slow at employing these alternatives.

Caltran's policy could have broad implications for anti-toxic activists in other areas if they build up on the momentum generated by the north coast. Initial targets should be those counties and cities in California which have stopped using pesticides or vastly reduced their reliance on chemicals. Local officials can be signed on to support a total halt in places where the interest of residents and organisations has already been demonstrated. As for cities and counties which still use chemi-cals, the example of the successful transition of other communities to non-toxic weed control can be used to stop pesticide use.

The steps taken to stop Caltran from spraying can help end pesticide use elsewhere. These were:

• to establish organisations like cats, which is closely connected with community activists and provides local volunteer groups the support, networking and continuity necessary to achieve their common goals.

l to organise community groups, however small they may be, and to effectively communicate their message by organising rallies and through petitions and signature campaigns.

l to disseminate factual information in formats readily understood by the public.

l to broaden the support base by including those with specific interests that coincide with the goal of eliminating pesticide use like health care adminis-trators, conservationists, organic farmers, teachers and tribal councils.

l to inform elected officials well in advance of attempts to change policy.

Lastly, one must also keep in mind the fact that it takes time and perse-verance to achieve victory but the goal to rid the environment of pesticides is worth the effort.